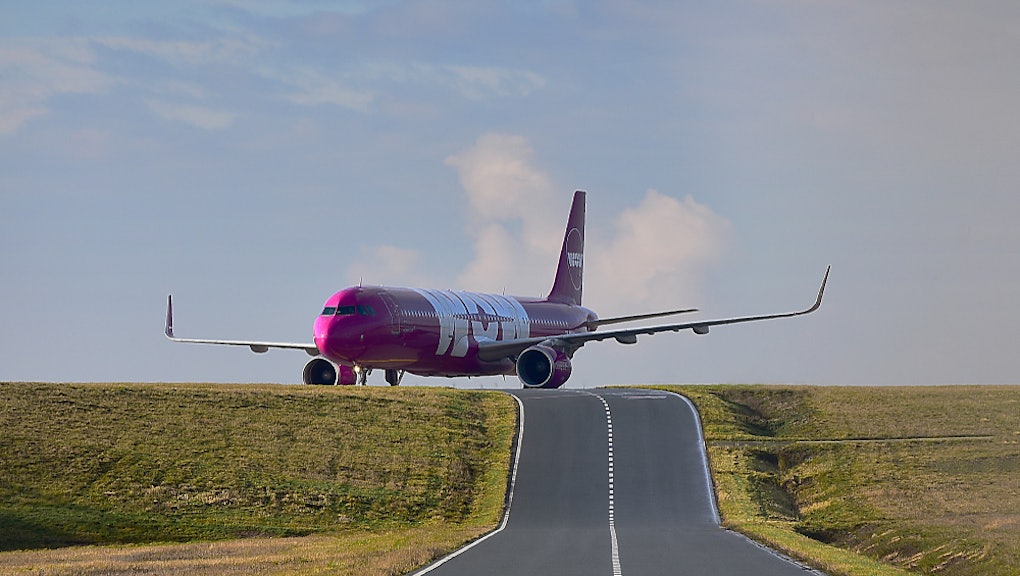 Tripped Up: How to deal with a last-minute flight cancellation

On Thursday, March 28, budget airline Wow Air abruptly ceased operations and cancelled all of its planned flights, effective immediately. According to Bloomberg, the company’s collapse reportedly impacted 2,700 passengers who planned to be on one of 29 cancelled flights on Thursday alone. In its announcement, Wow advised those passengers to look into reduced “rescue fares” on other airlines and potential compensation from travel insurance and travel agents.

While situations like Wow’s may be rare, flight cancellations do happen, leaving travelers in the same position of wondering not only how they’ll get to their destinations and salvage their trips but also how they can recover any lost funds. Here’s what you can do — before, during and after the fact — to minimize the cost and disruption of a cancelled flight.

Flying on a budget airline can be a great way to save money on your trip, but doing so could potentially make things a bit trickier in the event of a cancellation. “With these low cost airlines...it’s always a little bit riskier,” said Kristin Addis, CEO of Be My Travel Muse. “If you really want to go with someone who’s going to be consistently reliable, you might want to go with an airline that is better established and has airline partners it can rebook you on if they have a problem.” With smaller, less established airlines, she added, “you’re kind of rolling the dice. Most of the time it works out; [but] if it doesn’t, that really sucks.” In the case of Wow Air specifically, the company had been struggling financially for a few months, according to The Points Guy; to avoid a similar scenario, it may help to do a bit of research on a small airline to see if anything alarming comes up before you book.

It also pays to research the platform you book on if you’re not purchasing your ticket directly through the airline. Those sites can not only have varying policies regarding what you’re entitled to in the event of a cancellation; but they can also have varying levels of customer service and responsiveness — both of which are crucial when you’re trying to get rebooked or refunded. “If you’ve never heard of the online travel agency, give it some scrutiny,” said Ben Mutzabaugh, senior aviation editor at The Points Guy. “Do a Google search to see what their reviews are.”

That may be especially true if you’re going with a relatively obscure platform. “What I tend to do when...I find a deal that’s too good to be true is I’ll google the company name...plus ‘reviews’ and see what comes up on Trustpilot and Yelp and other websites,” Addis said. “If it’s pretty low in terms of customer happiness, I don’t book with them. ...It’s fine if everything goes great, but as soon as you have a problem, you’re not only dealing with the airline [but] also...the people you booked through.”

If you want an added layer of protection, you can consider purchasing travel insurance — though it’s important to read the fine print and understand what exactly it covers, as not all policies are created equal. And before you do that, look to your credit card: “Some credit cards have really nice travel insurance that comes with them, [so] if you book with a [that card], they may be able to help you out,” Addis said. “I book almost all of my travel with the Chase Sapphire Reserve, which is a pretty high-end card that has a really big yearly fee; but it’s worth it to me because they have travel insurance and...that’s just another layer of protection.” Cards like the CapitalOne VentureOne and Bank of America Premium Rewards also include insurance to assist with issues like flight cancellations.

If and when your flight does get cancelled, start by contacting the airline (given they are still in business) — whether in-person at an airport customer service desk or over the phone. “They’re probably already working on getting you booked on another flight; or if not, once you get in contact with them, they’re probably going to give you your next options,” Addis said. And, while airlines are not required by law to get you on a flight with another airline; some may do so, particularly if they’re part of a network (like Star Alliance, Oneworld or SkyTeam) and can book you with one of their partner airlines. If that option isn’t offered to you outright, it certainly doesn’t hurt to ask.

If you booked your ticket through a travel agency or third party, you could contact that company first — and in some cases, you may need to ultimately go through them to get help. “My preference is to always go to the airline because you’re going directly to the source to have them help you,” Mutzabaugh said. “But depending on the airline and the online travel agency and the relationship that the two of them may have with each other...it is possible you could call the airline and they could say, ‘No, this ticket [was] handled through the travel agency [and] you’ll have to make that change through them.’”

Ask about overnight assistance if necessary

“Depending on the reason [for the cancellation], the airline will usually offer at least a voucher for a hotel” if you’re stuck somewhere overnight, Addis said. They may also provide vouchers or refunds for things like food, transportation and necessities — especially if the cancellation was due to something within their control, like a mechanical issue. Most airlines have force majeure “contracts of carriages” that limit their liability in situations outside their control, like weather. That said, airlines also aren’t required by law to give you any of that, so it’s a good idea to look into their policies before you book. If the airline doesn’t offer any assistance, your credit card’s trip insurance might; once you know you’re stuck, call them and ask about any allowances and restrictions before you secure lodging. If you go this route, be sure to hold on to all of your receipts — including those from the flight — because you’ll likely have to submit a claim with that evidence to get reimbursed after the fact.

“If [the airline and credit card company aren’t] going to offer you anything...then look at your budget,” Addis said. “Is the airport open overnight? Can you just sleep at the airport? I know a lot of people do that [and] I’ve done it. ...Otherwise, just look at airport hotels that are close by.” That way, you won’t be too far if you get notified about an available flight on short notice.

Notify your hotel, vacation rental and tour operators of your delay

If your flight cancellation means you’re going to be significantly late checking into your hotel or vacation rental, give them a call to make sure they know you’re still coming and your new arrival date. And if you pre-paid for anything that you might miss, Addis suggested you “get in touch with the hotel or tour operator and see what they can do for you” in terms of refunds. While they may have late cancellation policies in place, some might be willing to work with you on a full or partial refund — especially if the hotel, for example, can book another traveler in that room for the night.

As for tours and excursions, it’s a good idea to give yourself a buffer between your arrival date and any activity, just in case of a delay. “I usually try not to cut it that close,” Addis said. “I know that people have limited vacation time, [but] I would...try to arrive a day or so [before a tour] just in case arriving late would totally kill all your plans.”

Look into your compensation options

According to the U.S. Department of Transportation, airlines in the U.S. aren’t required by law to compensate passengers for flight cancellations (unless you’re bumped from a flight that’s oversold but not cancelled, in which case you are legally entitled to compensation). But, as Smarter Travel reported, almost all airline policies give you the right to a refund for the value of your unused ticket, typically in the form you paid, if the trip doesn’t end up happening. The European Union provides more extensive legal protections; so if you’re flying in or out of an E.U. airport on an E.U.-based airline, you may be entitled alternate transportation or a refund and financial compensation if the cancellation delays you by three or more hours, according to Smarter Travel. Your best bet is to contact the airline, or the company or online platform you booked through, to ask about getting money back and how to go about doing so. If you get pushback, or are just overwhelmed by the process, you can seek the help of a company that will file a claim on your behalf (though they’ll also take a cut of any compensation you do receive).

If you can’t get money back from the airline or booking platform — or they’re only willing to offer you a voucher for future travel that you’re unlikely to use — you may be able to file a claim through your credit card’s trip insurance. That process will probably require lots of paperwork (such as receipts, confirmation of the cancellation and the reason behind it and proof from the airline that you’re forfeiting the voucher), so be sure to save everything as you go and prepare to spend some time gathering documentation and information.

Remain calm and be polite

Travel always comes with a level of uncertainty, and it’s always smart to go into any trip mentally prepared for the possibility that things will get off track. Still, emotions can run high when you’re tired, stranded and eager to get to your destination — but it’s important to remember that your flight cancellation isn’t the fault of the customer service employees working to get you back on track. As frustrated as you may be, your best bet is to remain calm, polite and professional and know that, eventually, you’ll get to a resolution.