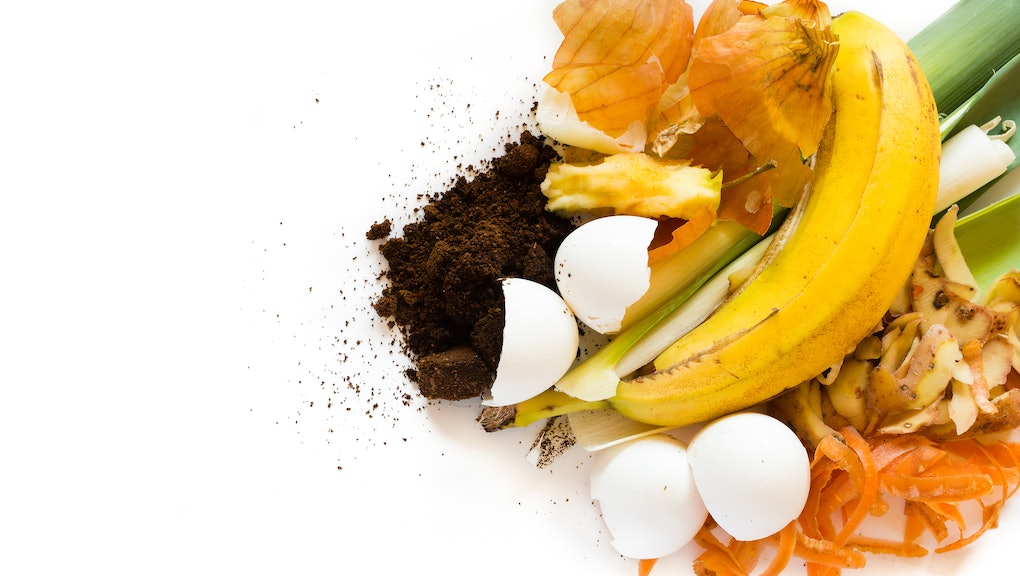 How to minimize food waste, save money and stop throwing out avocados

Americans toss out nearly 150,000 tons of food each day, leading the world in global food waste per capita and tossing out approximately $162 billion annually on food that was, at some point, edible. That’s a lot of wasted dough. The falsely low prices of some produce — thanks to farm subsidies — as well as a lack of consumer education, that is, how to get savvy with lesser used, or ugly ingredients, like a kale stem or misshapen apple, are attributable to all the perishables that make their way to the garbage.

Food waste may be a buzzword, but the concept is nearly as old as professional cooking itself in restaurant kitchens. “Chefs are taught that stuff right from the beginning,” says Bill Telepan, director of sustainability at the Institute of Culinary Education and chef at New York’s Oceana, noting that culinary school classes on fish or meat butchering will teach aspiring cooks how to use every piece, from the lobster and shrimp shells to make stock that will go into soups and sauces and various scraps that can be constructed into a tasty ceviche. “It’s delicious, not at all an afterthought,” Telepan says of the repurposed ingredients used in restaurant kitchens. “You don’t want throw anything out in a restaurant.”

At home, you’re likely tossing out ingredients that can be repurposed into flavor agents, accoutrements and more truly delicious kitchen creations that will save you money (and time). Pay attention to what you’re tossing out — should you be buying a smaller tub of yogurt before it gets moldy or are your carrot peelings always dumped before you eat salad? Most scraps, like potato skins or squash rinds, which you may have in smaller quantities than a restaurant would to make something out of, can be frozen and repurposed at a later date, and when all else fails, cooked into soup. For all the food you’d otherwise be tossing, use this guide to save cash by turning scraps into more meals.

While shelf-stable bread may last a few weeks, homemade or artisanal bread only stays fresh for a few days. If you don’t freeze it, cut the bread into cubes and toast them to make homemade croutons, which can also be pulsed in a food processor to make breadcrumbs. Store in a cool, dry place in a tightly sealed container.

Flatbreads that are starting to go stale can be baked or fried (or air fried!) into chips, extending the life of your tortillas and pitas, and making them easily snackable and shareable. Meeting a friend with an unexpected bag of freshly made chips is never a bad idea.

Too much basil, parsley or other fresh herbs? Blend the greens into pesto or string them up for a few days to dry them out. “I buy a bunch at the greenmarket and put them in paper bags,” Telepan says. Grind up the spices before using them the same way you’d use fresh herbs or spices from the grocery store. Homemade spice blends also make creative gifts.

“If you juice lemons [or oranges or limes], peel them, grate the peel with a microplane and spread it out for a few days for a nice dried rind,” Telepan says. He recommends mixing the tried citrus rind with salt to rim a margarita or to season fish.

So that lettuce you had grand salad plans for has gone limp and the zucchini you never quite managed to spiralize is now flimsy. Before you toss the mushy veggies, consider blending or baking them. Overripe bananas, avocados and pretty much any fruit (pending that it’s not moldy) bake well into loaves like this banana bread or zucchini bread. If you’re not a baker, break out the blender, some ice and milk for an easy smoothie. Mushy tomatoes that may not be super appealing on a sandwich can also be made into a big batch of roasted tomato sauce (which also freezes well!)

Buffalo wing night? Short ribs for dinner? Don’t toss the bones! While the bones of any animal aren’t edible, they’re used as the basis for stocks and bone broth, which can easily be whipped up in an Instant Pot, slow cooker or on your stove, and used in soups, or as additions to dishes like risotto, pasta or stir fry. “I save any bones I have,” Telepan says, noting that trimmings from other produce can also be used to flavor the stock. “You can also use just about anything to make a broth – leftover meat, bones, onion skin, remnants of veggies that were going to get tossed!”

Those carrot peelings or kale stems don’t need to go to waste. If you’re not using them while boiling stock or blending them into a hearty soup, use them to infuse vinegars, and depending on the flavor, alcohol. Telepan soaks carrot peelings for about a week (taste to test) in white vinegar to make a dressing for salads or vegetables, or will use jalapenos or other peppers to infuse various vinegars or booze, like tequila. Stems from herbs can also infuse oils and vinegars for a free boost of flavor and the project will ever-evolve with whatever scraps you have that week.

Rinds from hard cheeses, like Parmesan, can be added to the aforementioned stock for some strong umami (that is, super savory) flavor. Vegetarians can also make pure cheese stock!

While you can’t reuse coffee grounds once they’ve been brewed, you can gather them in a container to use as a natural deodorizer for your fridge, freezer or other area where you want to soak up a strange scent. You can also use them as a DIY hair or skin exfoliator or, for the crafty, to create a mushroom terrarium to grow your own edible fungus.

Telepan has over thirty-five years of experience cooking in restaurants, and notes that people who are not trained as chefs may not think as intuitively as professionals when it comes to repurposing food scraps, but the more confidence you build in the kitchen, the more comfortable you’ll feel adding leftover bits of broccoli to scrambled eggs or never throwing away rice when you can reheat it into leftover fried rice days later. When in doubt, “The freezer if your friend,” Telepan says. Just try and do a clear out every sixth months or so, so you’re not stuck with freezer-burned cauliflower leaves.