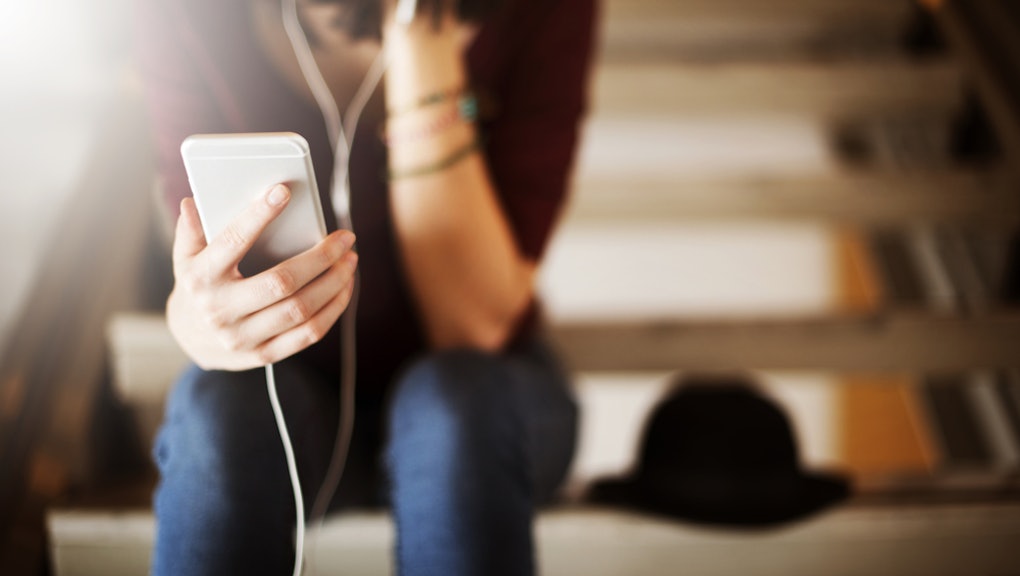 Sometimes, you just need a few laughs to brighten up your day, and there’s no better time to get them in than on your daily commute. Next time you’re looking for some humor to accompany you on your trip to or from the office, try out a comedy podcast, several of which are listed below. These podcasts cover a variety of topics (celeb gossip, movie news, diversity, representation, and much more), and range in tone from silly to bizarre, so there’s something for everyone here. Even better, each of these podcasts is easy to pick up and start at any point without you having to have listened to previous episodes, and they’re all available on Spotify to download.

No matter what your comedy preferences may be, there’s likely something for you here that’ll keep you laughing during the entirety of your work commute.

2 Dope Queens may have ended, but that didn’t stop Phoebe Robinson from striking out on her own and making a new, inclusive comedy podcast. Each episode, she invites well-known women, people of color and members of the LGBTQ community to chat on the show for interviews about their work and topics like race and gender. In each episode, Sooo Many White Guys champions diversity and makes you laugh. Plus, it’s produced by Ilana Glazer, and you know she’s hilarious.

This weekly podcast, hosted by comedian Scott Aukerman of Mr. Show fame, has played host to hundreds of celebrities like Aziz Ansari, Zach Galifianakis, Sarah Silverman, Michael Cera and Ben Stiller, to name a few. Each installment, Aukerman sits down to have a chat about, well, just about everything with his litany of funny cohosts. Things then get silly due to a variety of improv-style games, like freestyle rap battles and “would you rather” discussions.

If you like to get to know more about your favorite comedians and celebrities, this is the podcast for you. The best part? You never know who you’re going to hear from next.

The brothers McElroy of the gaming site Polygon (Justin, Griffin and Travis McElroy) come together to make a comedy advice podcast in My Brother, My Brother and Me. They attempt to answer both questions submitted to Yahoo! Answers and listener queries, to hilarious effect. Throw in some fun segments where the brothers chat about childhood experiences and ask “guestperts” for advice on how to answer some of the questions, and you’ve got yourself a veritable recipe for comedic perfection.

As you can imagine, you’ll find yourself stifling a laugh more than once while making the trip to work each morning.

This podcast is just what it sounds like: a collection of real news stories that explore folks committing crimes, saying ridiculous things or otherwise going about their daily lives and making the front pages for it. A prime example: a man who bought a PlayStation 4 at a self-checkout and weighed it as fruit. I mean, come on.

If you don’t dig the audio format for some reason, wait around a bit – the podcast is becoming an animated comedy soon.

Filmmaker Kevin Smith and voice actor and radio personality Ralph Garman unite each week to take on Hollywood, celebrity and movie news for some snicker-worthy commentary and segments. Fans of Smith’s unique filmmaking style and biting remarks on pop culture can dive into a smorgasbord of (admittedly dirty) jokes, games and impressions that touch on everything from errors made in film post-production to the hosts’ passionate thoughts on movie and TV reboots. Think the shop talk in Clerks but on a bigger, nerdier scale, and you’ve got a good idea what Babble-On is all about.

Ever wonder how truly bad movies got made? Actors Paul Scheer, June Diane Raphael and Jason Mantzoukas break it down on each episode of this cheeky podcast, attempting to uncover the secrets behind each film and making jokes at each one’s expense – don’t worry, they’re almost all deserving of a little ribbing here and there. Every two weeks, the group discusses a different film and determines whether or not the movie of the moment is actually worth watching or not. Spoiler: most of them aren’t, but that’s what makes it so fun.

Though this beloved podcast is no longer in production, both Spotify and the WNYCStudios website feature dozens of old episodes to go back and listen to that’ll have you cracking up on the subway. Comedians Jessica Williams and Phoebe Robinson discuss race, sex, gender and other issues, punctuated with standup material and hilarious observations from the pair and their guests each show. Soak in these ladies’ brilliance from start to finish in these expertly curated episodes, as it truly doesn’t get any better than 2 Dope Queens.