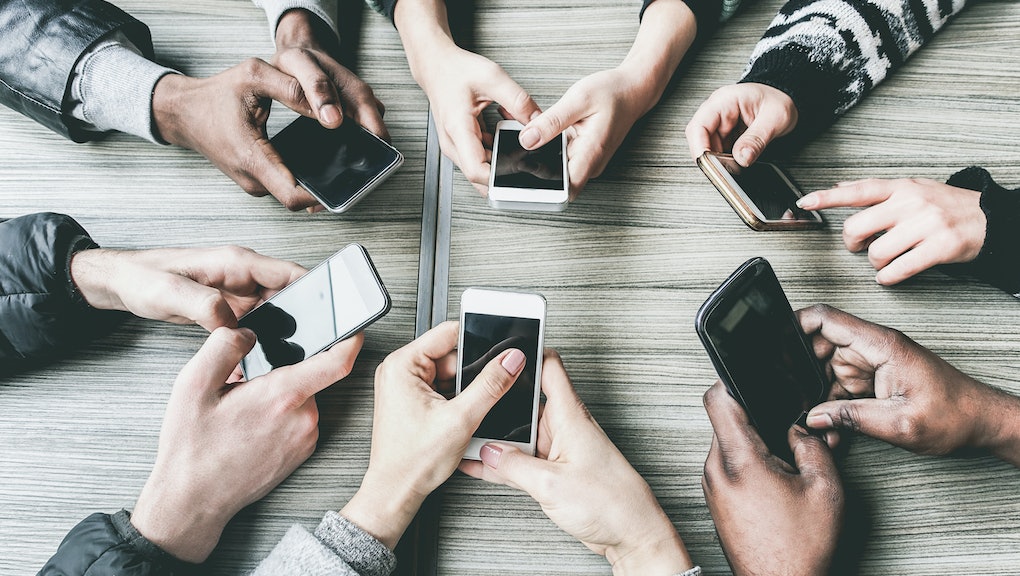 Every year, cellphone manufacturers like Samsung and Apple appear at conventions and events to show off their new smartphones in development. But does the average smartphone user actually upgrade their phone as often as new ones are released? No, says NPD Connected Intelligence, a market research advisory group. In their Mobile Connectivity Report, NPD analysts found that the average amount of time people keep their smartphones before upgrading is 32 months — way longer than the typical length of time between versions hitting the market.

And it’s not just because we’re too busy to go to the store. There are actually a number of reasons why people tend to hold onto their phones for so long, starting with:

In the report, NPD connected intelligence director, Brad Akyuz, noted the influence of cellphone carriers on the length of time people keep their phones. “Many carriers require that customers fully pay off their devices before trade-in,” he said, “which has slowed down upgrade cycles for postpaid customers.”

This finding aligns with payment plans offered by companies such as AT&T, Verizon, and T-Mobile. For example, AT&T offers the iPhone XS Max at 30-month payment installments, while Verizon and T-Mobile offer 24-month options. Both these plans require consumers on the payment plans to hold onto their phones for at least two full years before considering an upgrade.

The durability and improved performance of newer smartphones also comes into play. Samsung’s Galaxy S line features larger and clearer screens each model, and the S5, S7, and S10 versions have jumped from 2GB to 4GB to 8GB of RAM each, enabling faster reading and writing of data. The company also continues to increase battery life, giving users a longer smartphone lifespan.

Jennifer Chan, global insight director for Kantar, told New York Magazine’s Intelligencer that the average person isn’t interested in upgrading their current smartphone unless it’s broken. “The number-one purchase trigger is ‘My last device was broken,’ and this has increased year on year,” she said. “Triggers like ‘I just wanted a newer model’ and ‘I had the option to upgrade early’ have declined or remained flat.”

So while beneficial to users, these improvements only go so far for cellphone makers. The L.A. Times stated that “upgrades to phone features and specifications are often minimal between generations of the same device.” In other words, the lack of extreme differences between versions can fail to make a person feel like they’re missing out on something new, and so they’ll keep their current phone until it actually breaks.

People are also keeping their phones for longer because of rising costs. With smartphones like the Samsung Galaxy S10 starting at $899.99 and the iPhone XS Max at $1,099.00, price-savvy consumers are less likely to get a new phone immediately after they’ve paid off their current one.

Android Central, an Android-focused website, found an example of this in its comparison between the Samsung Galaxy S9 and S8. “Most people who have a Galaxy S8 shouldn’t expect to upgrade to a Galaxy S9,” said author Andrew Martonik, adding that consumers interested in buying the S9 on its release date were “looking at hundreds of dollars of outlay to get this newer phone that isn’t that much better.”

Although it’s clearly a trend right now, the public’s hesitation to upgrade actually might not last for much longer. In an International Data Corporation report titled, Worldwide Mobile Phone Forecast, 2019-2023, co-authors Anthony Scarsella and William Stofega predicted the spread of 5G in 2020 will spark a wave of upgrades and growth in various smartphone markets, as more people will want to check out the new technology.

Until then, though, don’t feel bad about skipping out on newer models if your phone still works perfectly well — you certainly won’t be the only one.

This article was originally published on April 5, 2019