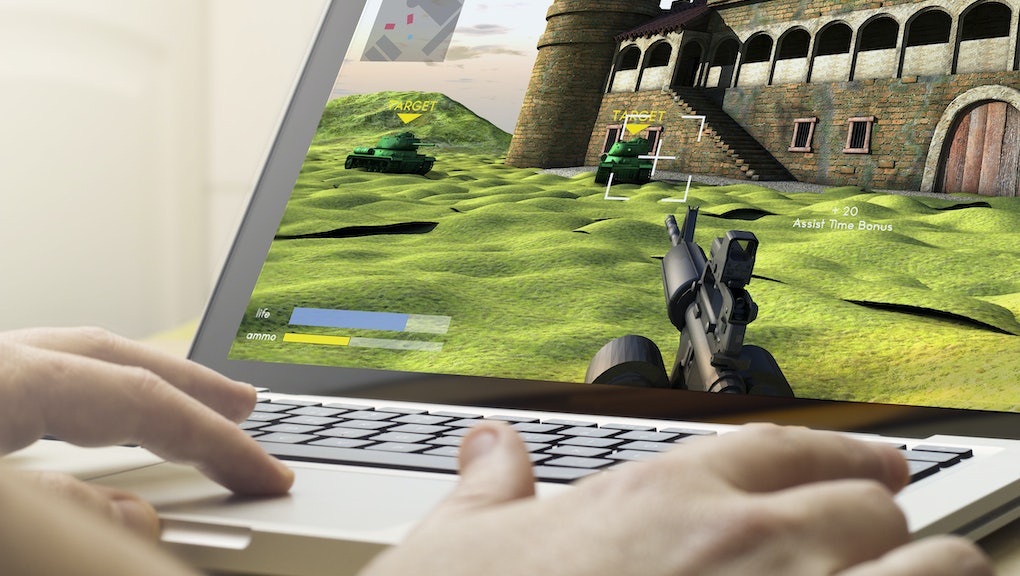 Where to find the best sales on PC games like ‘The Sims,’ ‘Subnautica’, and more

Unlike consoles such as Playstation, Xbox and Switch, nearly all PC game companies have embraced the digital-only format, meaning you don’t need to have a disc in order to play a game. Instead, all that’s required is ample storage space on your computer and a solid internet connection. Since these digital games don’t have physical copies, they don’t need to be sold in actual stores. Instead, they’re available via digital storefronts, and just like physical stores, these PC game storefronts often offer digital sales for customers that are absolutely worth checking out.

GOG’s recent Spring Sale discounted over 600 games, for instance, and you can expect Steam’s upcoming summer event to be even better. Unfortunately, digital shops like these don’t usually list a schedule of their sales before they happen, so you have to check their websites periodically to make sure you’re not missing out. On the bright side, it’s fairly common that if one store is having a sale, a few others will be, too, in order to keep up with the competition. The digital game market can be fierce, and many stores time their big sales events to overlap for at least a few days so that users can compare prices.

If you’re interested in getting great deals on digital games (and who isn’t?) but aren’t sure where to start, check out the PC game storefronts listed below.

Once widely known as Good Old Games, GOG began as an online store focused on selling older PC games that were no longer available or playable on modern computers. It eventually expanded to become a storefront for games both old and new, and it’s now the closest you can get to truly owning copies of your games, since it’s one of the only stores that will give you the actual game files for safekeeping on your computer. Unlike the storefronts listed below, you don’t need to download a program in order to install and play a game — you simply download the game, double-click to install it, and start playing.

Yet because many companies don’t allow direct ownership of game files, GOG doesn’t always have the most recent releases. Despite this, the store is still well-stocked and, most notably, bursting with sales all year long. GOG typically follows a seasonal schedule (spring, summer, fall, winter) to hold massive sales. These events can feature games at a 90% discount and prices as low as $4.49. Even better, additional “flash sales” during the seasonal events often showcase recently released games at a 25%-50% discount. Hellblade: Senua’s Sacrifice, for example, was released in summer 2017 and was promoted at a 25% discount during the winter sale of the same year.

In between these large, seasonal events are smaller weekly and mid-week sales offering discounts up to 80%. Check GOG often to catch these deals throughout the year.

Steam began in 2003 as a site selling its own games, but it’s grown into the largest digital game store to date, with close to 30,000 games listed. It has a wide variety of choices, ranging from puzzle games like Portal 2 to virtual reality games like Beat Saber, and it features works by both well-known and indie game creators.

Steam works by offering a program (also called Steam) that acts as a game library. Although you can purchase games through the Steam website, you must download and install the games through the program, downloadable to your computer. (There’s also a Steam store app available, but it cannot install or play games on your phone.) Frustratingly, Steam does not offer game files on their own, so you cannot install any games without an internet connection. As such, it can be difficult to play anything offline, as you need to be online to log in first.

Offline issues aside, Steam’s sales and deals are undeniably generous to customers. Steam follows a seasonal schedule that offers discounts up to 90% off the base price on select games, and it isn’t unusual to find a good number of games selling for less than $5 during these events. On top of that, the store offers mid-week and weekend sales, discounted game bundles, and other deals during game conventions or award shows. For example, during The Game Awards in 2018, Steam offered discounts on games that were nominated for awards.

If the game you want isn’t on sale, add it to your wishlist and wait for a bit. Due to the frequency of the store’s sales, there’s a high probability the game will be discounted at some point later in the year.

The company behind Fortnite took a page from Steam’s book and set up a store to stock its own games, as well as others. Just like Steam, it requires a program (the Epic Games launcher) to download and install the games you purchase. Although getting into the store’s offline mode is an easy task, a stable internet connection is still highly recommended.

The Epic Games Store is a new addition to the market and, compared to Steam, lacks extra features like achievements and the ability to add games to a wishlist. However, the store makes up for that by partnering with other companies every two weeks to offer free, high-rated games (such as Subnautica) to anyone who signs up for its program. It isn’t clear how long this promotion will last, so take advantage of it while you can.

The Epic Games Store is still growing right now, but the company has been vocal about competing with Steam, so shoppers can expect to see regular sales established as the site improves and builds more features.

Humble Bundle started as an organization that took charity donations in exchange for games featured in its sales bundles. Eventually, it branched out into a full-fledged online store offering seasonal sales and special deals on its games. Humble provides both files and redeemable codes for games that are only available on Steam, and it doesn’t require a separate program to keep all your games or redeemable codes in place. Your games will stay linked to your account on its website, where you can access and download the files to play — even offline.

For the best discounts, keep an eye out for Humble’s charity bundles. These bundles can feature deals such as five games for only $5 to $10 in donations to one of its charity partners, like Save the Children. You’ll be donating to a good cause while getting some fun games. It’s a win-win!

EA Games has a limited store that primarily sells the company’s own games, which aren’t available in other online stores. It requires customers to download and install its program, Origin, in order to play games, but this program suffers from a similar issue to Steam and requires you to be online first to sign in before playing offline.

EA Games offers the same seasonal sales as most storefronts, with discounts to games reaching 50% or more. This is invaluable if you like to play games like The Sims, since the deals affect expansion packs and bundles, too. EA doesn’t have as many flash sales as other stores, but it does provide free games every once in a while as a bonus to users with Origin accounts. It’s a good idea to check the store for sales at least once per season.

Other direct purchases from developers

Companies with online multiplayer games, such as Square-Enix’s Final Fantasy XIV or Blizzard’s World of Warcraft, usually have their own digital stores for their own games, just like EA does (EA’s is different, though, because it has its own program). These stores offer sales on products such as expansion packs, upgrades, or in-game items, so check for discounts around holiday seasons such as Christmas, or whenever a company announces a new expansion to a popular game. Usually, when this happens, the base games or older expansions will go on sale to entice new users.

If you’re looking to build up your PC game library, don’t let any of these deals pass you by.