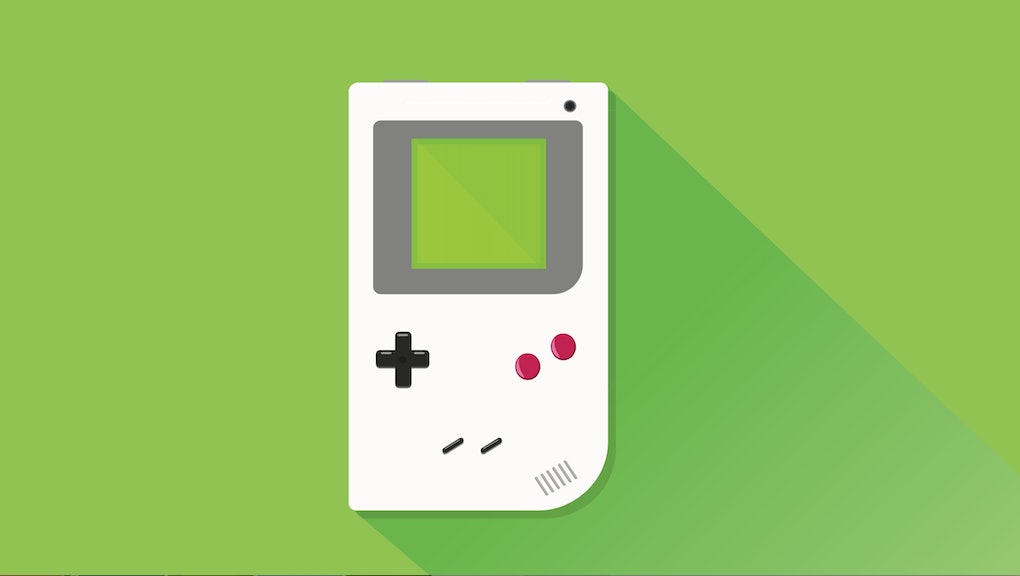 Portable gaming was forever transformed when Nintendo’s groundbreaking Game Boy burst onto the scene in 1989. The diminutive console took concepts pioneered by the Game & Watch LCD titles (some of the first portable games Nintendo ever created) and pushed them forward to create a handheld device that could play real games, just like the ones on your home console. Ever since the Game Boy debuted, there’ve been more versions, special editions, and remakes of the iconic handheld than you could ever imagine. This definitive ranking of every Game Boy system available in North America, though, goes through each major release to determine the ultimate Game Boy.

Pro tip: when you’re done reading, head to eBay to grab any one of these OG Game Boys for a quick nostalgic rush.

Coolest version: The clear Play It Loud! version that let you see all its components. Remember the clear electronics phase? It was alive and well when this Game Boy was going strong!

This bad boy — the original Game Boy — was a game-changer when it first debuted nearly 30 years ago. Though it didn’t feature the same color graphics or form factor as its competition from Sega, Atari, or NEC, it ultimately ended up outselling them and winning over players with its wide selection of games, better battery life, and durability, according to AtariAge.

There were so many greats on this version: Pokémon Red and Blue, Mario, Kirby, and Zelda, just to name a few. I can still remember plucking that Toys “R” Us product card from its pouch and walking it to the front of the store with Mom to retrieve my brand new copy of Pokémon Blue and feeling like a million bucks. Even as a kid, I knew that when I plunked its cerulean cartridge into the Game Boy, that was the future of gaming – and look where we are now with the Nintendo Switch, years later. We’re still using cartridges (albeit much smaller) but the Game Boy sure did pave the way.

The one big downfall of the Game Boy, though, was its lack of backlight, which was an issue throughout the entire history of the handheld up until the Game Boy Advance SP and Game Boy Micro. It was hard to see, especially outside, and users had to deal with it by tacking on “worm lights” and magnifying glasses to make some sort of Frankenstein-like gaming creation. It wasn’t pretty, but it worked – kinda. It didn’t keep parents from telling you to stop staring at it for so long, but at least you could make the pixels out a bit better, and that’s all that really mattered.

Despite this, the Game Boy is still very likable three decades later. It may be the most primitive of the series by today’s standards, but it was a major deal at the time, and a great lead-in to the rest of the series.

Coolest version: Emerald Green, which didn’t really look green at all, but had a sick color combination that looked unlike any other Game Boy out there.

The Game Boy Pocket had a slimmer size than the original, since it was meant to, well, be put in your pocket. The display screen was also changed to black and white instead of the original’s greenish dot matrix screen, and it reduced motion blurring and other frustrations that came with the lower-quality screen. It also improved battery life considerably.

But let’s be honest – it wasn’t really meant to be carried in your pocket, and as such it didn’t fit too well there. It was definitely slimmer, though, and things didn’t look like blobby shapes instead of Mario or Tetris blocks. That was a definite improvement.

The new screen changes also made the system easier to see when you didn’t have a light around because, you guessed it, there still wasn’t a backlight. There was another model after the Game Boy Pocket released only in Japan, the Game Boy Light, that fixed this issue, but American players never got a chance to try it out. We’ll never understand why this is, but it was never meant to be.

TL;DR: the Pocket had some notable improvements from Game Boy, but not enough to make it rank higher on this list.

Coolest version: Atomic Purple, of course! Yes, the clear electronics trend was back with a vengeance, and this color could be seen in several models of Nintendo consoles, including the Nintendo 64.

The Game Boy Color marked the first time the handhelds featured any sort of color, a welcome addition to the Game Boy line. Unfortunately, there wasn’t a backlight with this iteration either, but everyone was so enamored by playing color games that it didn’t really matter. Plus, they still looked good without extra lighting, and you could sit in direct sunlight to see it better. Life hacks!

The Color came in a variety of unique models, like a see-through Atomic Purple model that let you look into the system at its inner workings. And with its backwards compatibility, you could still play all your old Game Boy games on it, too — a big plus, seeing that it had a pretty weak launch lineup with Tetris DX, Wario Land II, and Pocket Bomberman.

The system was backward compatible though, thankfully, so you could play all of your old games on it. It also introduced a ton of cool new cartridges with build in rumble sensors and other innovations, like Kirby Tilt ‘n’ Tumble, which let you tilt the system in different directions to roll Kirby around. Then there was Pokémon Pinball, which let you collect all 151 Pocket Monsters. These exclusives made the system worth a purchase on their own.

Basically, the color was great, and everything else was... fine. The later Game Boy Color exclusives, however, made a big difference when they hit the market. Color may have been cool, but details made the next iteration an insane evolution.

Coolest version: The China-exclusive iQue Mario and Luigi Edition added both Mario and Luigi to the screen for some extra panache. It’s a shame we didn’t get one of these for Western fans.

The first major step up from the Game Boy Color was the illustrious Game Boy Advance. While the Color offered glorious new hues that were never present in the Game Boy or Game Boy Pocket, the Advance took the previous 8-bit consoles into a brand new era: 32-bit. This meant eye-popping colors and a striking new level of detail.

This marked a huge turning point for handheld gaming. Suddenly, you weren’t staring down at a screen with blobby sprites and nondescript backgrounds with tiny text. It brought you your favorite characters in screaming, detailed color, baby! It even made that awful Harry Potter and the Sorcerer’s Stone video game adaptation tolerable, even though all you really did was run around shouting “Flipendo!” over and over (it was not a good choice for the system).

With the Game Boy Advance came a whole new crop of games exclusive to the system, and huge releases for all of Nintendo’s biggest franchises: Zelda, Metroid, Pokemon, Mario, Mega Man, you name it. Plus, newcomers like the iconic Advance Wars and the debut of WarioWare, Inc.: Mega Microgame$! were first to hit Game Boy Advance, two series that handheld fans swear by.

There was even the short-lived e-Reader, which you could slot into the console and slide unique Nintendo trading cards through that featured quick games that you could play. It made the handheld super bulky, but it was a fun peripheral that I, for one, loved losing all the cards for and never used even though I begged my parents to buy it.

There was just one huge problem with the OG GBA: this version still didn’t have a backlight. So while you could play all those fancy new games on new cartridges, you still needed a special light to tack onto the screen or you’d need to be perched right under a lamp. Neither one of those situations were what you’d call ideal, but hey – you did it because you had to. And when you got your hands on one of these bad boys, nothing could stop you from digging into all these new games, not even eye strain.

Coolest version: The Game Boy Micro 20th Anniversary Edition was modeled after the Japanese Famicom system, or the Nintendo Entertainment System for western gamers, and it was the slickest Micro version by far.

The Game Boy Micro, though unfortunately quite rare, is still available to buy if you look hard enough. I unfortunately passed on doing so when it first debuted and it was ubiquitous at stores like Target and Walmart, because I dared to think I didn’t “need” one. I’ve since paid the price (triple the original asking price, in fact) to add one to my collection.

Why was I so thirsty for this model? Just look at it! It’s a tiny device stuffed into the body of what looks like a candy bar cell phone case. Yet while it may be little, it’s mighty. Everything is there: the sweet form factor, customizable faceplates so you’re not stuck with boring, plain silver, sturdy buttons, and a “micro” size that let’s it be taken just about anywhere. Its backlit screen lets you enjoy some Final Fantasy on the go, too.

Unfortunately, you can’t play classic Game Boy titles on it, and the speakers aren’t nearly as loud as they should be. Its small screen is frustrating as well, since you have to squint sometimes to read its tiny text. But overall, the advantages definitely outweigh the issues, especially if you desperately just want to take the Game Boy Advance library everywhere you go without taking up extra pocket or bag space.

Coolest version: The Classic NES Game Boy Advance SP transformed this mighty pocket machine into a miniature Nintendo Entertainment System, and for retro game lovers, that was the dream – especially since many GBA titles were recreations of classics like the original Super Mario Bros. or The Legend of Zelda.

The veritable Cadillac of Game Boy systems, the Game Boy Advance SP took every improvement from the previous Game Boys and melded them into one great system. Backlight? Check. Comfortable folding design? Check. Improved D-pad, buttons, and triggers? Check. All these features were why “SP” stood for “special,” according to Nintendo.

With a small form factor you could easily slip into your pocket and a wide variety of colors and designs (you could even get a yellow Pikachu unit!) to choose from, this system was the handheld of choice for anyone into portable gaming in the early ’00s. It represented the epitome of style, functionality, and affordability when it hit the scene, and still remains one of the top choices for anyone looking to buy a Game Boy Advance system — you can even play your classic Game Boy games on it! Sadly, it’s no longer sold in stores, but you can find it on eBay.

And if you’re planning on playing any of the amazing GBA lineup, this is the pocket-friendly console to look for. With a dizzying number of special editions, cheap pricing, and a bigger library than any other handheld can boast right now, this is the king of pocket gaming, and the reigning champ of design as well. I wish I hadn’t waited so long to jump on the train when they first debuted, but that’s what happens when you beg your parents to get you every other Game Boy as they release.

The Game Boy series hasn’t always been perfect, but it’s still one of the best handheld systems out there you can get.