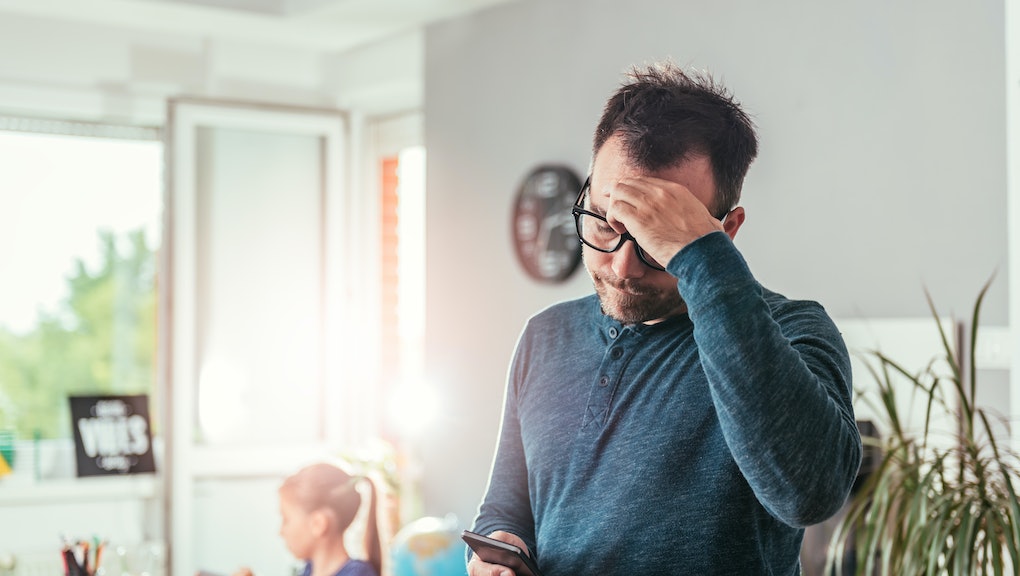 When it comes to security on your smartphone, the particular model you own may not be as infallible as you imagine. Take the Samsung Galaxy S10, for example; it’s Samsung’s top-of-the-line smartphone featuring advanced features like fingerprint scanning and facial recognition, but recent stories have emerged about users who have been able to fool security on the Galaxy S10 by exerting alarmingly little effort. From a man’s phone being unlocked by his sister’s face to a device being opened with an artificial fingerprint to a phone getting unlocked thanks to video footage of the owner’s face, these instances should raise alarm bells for any Galaxy S10 user. Mic has reached out to Samsung for comment on these reports, but has not heard back at this time.

On April 7, The Verge reported that that one Imgur user was able to fool the fingerprint reader on his Samsung Galaxy S10 using a 3D print of his own fingerprint. The individual (nicknamed darkshark) apparently took a photo of his fingerprint on a wineglass and ran it through Photoshop for a viable 3D model base. He then created a 3D model using 3ds Max software to turn it into a three-dimensional image that could be manufactured with a 3D printer. It took three reprints to get the printing just right, but in the end darkshark determined that his phone would indeed read the fake fingerprint. He estimated that the whole process took about 13 minutes in all, and stated that the 3D print could unlock the phone “just as well” as his actual finger.

“If I steal someone’s phone, their fingerprints are already on it. I can do this entire process in less than 3 minutes and remotely start the 3d print so that it’s done by the time I get to it,” wrote darkshark. “Most banking apps only require fingerprint authentication so I could have all of your info and spend your money in less than 15 minutes if your phone is secured by fingerprint alone.”

This fingerprint test isn’t the first time the Galaxy S10’s security has been thwarted. Both The Verge and popular YouTuber Lewis Hilsenteger (Unbox Therapy) have succeeded at tricking the device’s advanced facial recognition technology with video, which has unsettling implications for what’s supposed to be one of the most secure ways to lock your phone. In both situations, the test phone that played footage of the tester’s face was smudged, rife with fingerprints and dirt, and held a few inches away from the S10’s screen. The S10 ended up reading the video as if it were a real face, with no issues to be spoken of.

Further, tech blogger Jane Manchun Wong recently discovered she was able to use her own face to open her brother’s S10+, as the phone apparently found their faces similar enough to unlock. Tech website SmartWorld (via Android Police) went one step further, posting in March that they used a photograph to successfully unlock a Galaxy S10.

Of course, the Galaxy S10 isn’t the only smartphone to ever have security issues. Camera-based unlock features have been problematic for many phones for some time now, and can be traced all the way back to Android 4.0’s Face Unlock in 2011, which accidentally kept some users locked out in its first iteration (Apple has also faced issues with its iPhones’ facial recognition feature). But the stories around the Galaxy S10 are still worrisome, since if several kinds of security measures can be circumvented in different ways, the personal info stored inside your phone clearly isn’t nearly as safe as it should be.

While features like fingerprint scanning make having a smartphone more convenient, they can also make them unsafe, as shown in the stories above. So for those with the S10, it may be a good idea to avoid using facial or fingerprint recognition and rely on a PIN or the “challenge” shape features to unlock your phone for the time being, in order to make sure your information is as secure as possible.