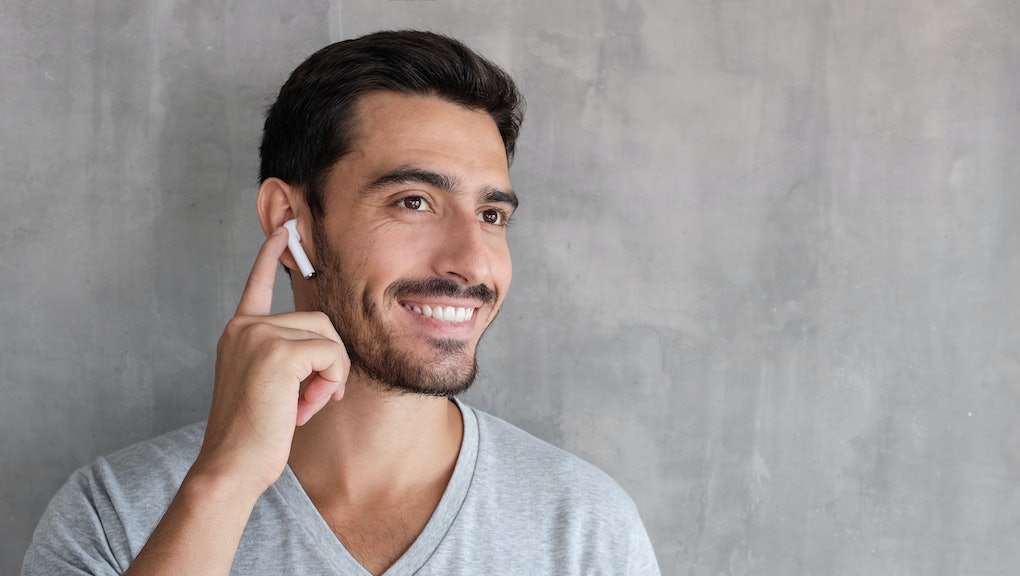 Apple’s AirPods have taken over, with people rocking the wireless headphones practically everywhere you look. It sounds like Apple might have a serious competitor on the horizon, though, as Amazon is reportedly looking to enter the fold with its own set of earbuds. According to Bloomberg, wireless earphones from Amazon might be coming to the market soon, as the company is apparently looking to use headphones in order to make its digital assistant, Alexa, more mobile. Mic has reached out to Amazon for comment, but has not heard back at this time.

The reported earbuds would be the first attempt from Amazon to have a portable Alexa device, but the entire project is pretty hush-hush at the moment. Still, there are a few theories floating around the internet about what you might be able to expect from the retail giant’s apparent new venture — here’s everything that’s rumored so far.

What can the Amazon earbuds do?

According to Bloomberg, the earbuds would let users do everything they can do with a normal Alexa-enabled device, such as ordering items and listening to music. The earbuds would utilize the “Alexa” summoning word, as well, meaning that you could access information on the go without having to get out your phone. There would also be physical gesture controls, although there’s no details yet about how those would work.

Yet while you won’t have to get your phone out to use the earbuds since they’ll already be connected via Bluetooth (no word on an OS just yet), they reportedly won’t include built-in cell connectivity, which is disappointing, but not unusual for wireless earbuds. Thus, you’ll need to carry your phone on you when you want to use the headphones.

Bloomberg’s report claims that Amazon’s earbuds will “look and act similar” to AirPods, but with better audio quality. Sources told the outlet that the earbuds are also designed to sit inside the ear without the need for a headband or clips, just like Apple’s popular products.

As for colors, Apple’s signature AirPods 2 comes in white, but it’s likely Amazon will opt for a few different colors to stand out in the crowd. Bloomberg reports that the company has tested the earbuds in both black and grey, and has also created a special storage case that doubles as a charger. It’d reportedly use a standard USB cable to charge, keeping it in league with the AirPods’ optional charging case.

How much will they cost?

Apple’s recently released AirPods 2 start at $159 and go up to $199 if you add the wireless charging case in with your purchase, and similar competitors like the Jabra Elite Active 65t, which are bulkier than the AirPods, run around $189. As such, it’s likely that Amazon will keep its price on the lower end, perhaps around $140 or $150, to encourage more people to buy its product instead of the competition’s.

When will the earbuds be released?

Bloomberg claims that the headphones could be ready as early as “the second half of this year.” According to the report, Amazon has been dealing with some development delays in finding suppliers and manufacturing partners to bring the earbuds to fruition. Still, even if that’s the case, the second half of 2019 doesn’t seem like an unrealistic timeframe for the headphones’ release if users are already testing them out, as Bloomberg reports.

With Amazon apparently going all-in on a pair of wireless earbuds, Apple might want to keep an eye on the competition if it hopes to keep its AirPods as ubiquitous as they currently are.