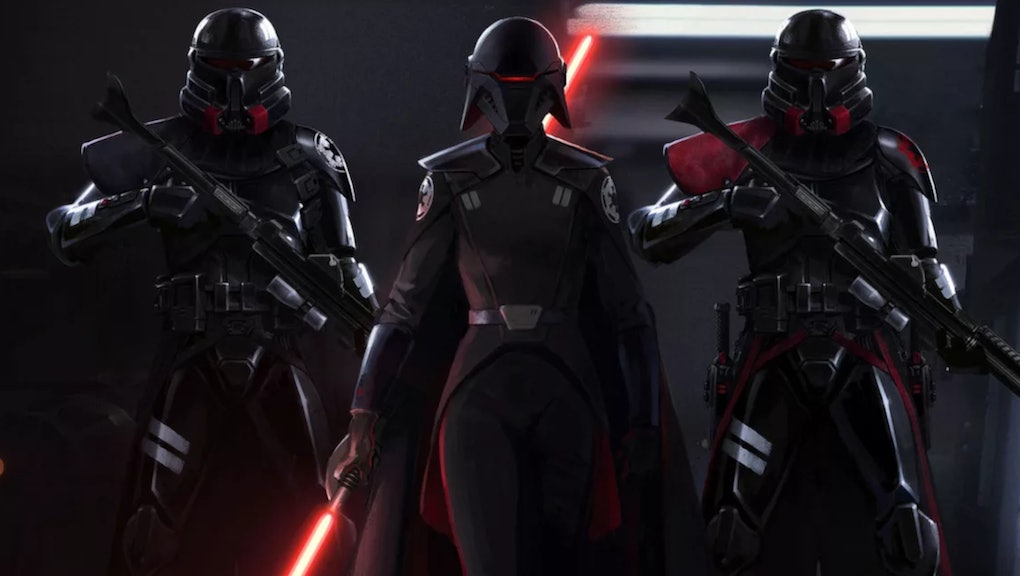 Everything we know about ‘Star Wars Jedi: Fallen Order,’ the new game coming this November

Star Wars fans, rejoice! Everything to know about Star Wars Jedi: Fallen Order, the highly anticipated new video game from the sci-fi franchise, has finally been revealed. At Star Wars Celebration on April 13 (where the title and first trailer for Star Wars: The Rise of Skywalker also debuted) a brief Fallen Order trailer assembled from in-game footage was shown to fans, alongside the announcement of a release date — Nov. 15, 2019.

This exciting new info comes nearly a year after fans first learned of the game; back in May 2018, publisher Electronic Arts revealed at Los Angeles’ Electronic Entertainment Expo that Fallen Order would be a third-person action-adventure tale set in the Star Wars universe. Ever since, there have been frustratingly few other details, but now, thanks to the new trailer and additional info revealed at Star Wars Celebration, there’s a heaping helping of Jedi: Fallen Order facts to go around. Here’s what to know.

Star Wars: Jedi: Fallen Order is set to follow Cal Kestis (Gotham’s Cameron Monaghan), a young Force user and an up-and-coming Jedi. After surviving the heinous Order 66, a directive meant to ensure all Jedi have been wiped clean from existence, Cal goes on the run from those who wish to silence his kind. He’s hunted by the Second Sister, an Imperial Inquisitor tasked with finding Jedi, and whose powers are strong enough to control even Cal’s escape ship’s flight stick. She’s a formidable opponent, to say the least.

Cal lives on the planet Bracca, a new world in the Star Wars universe, where he runs into a diverse cast of other characters including a companion named Cere and a droid friend named BD-1. Cal needs all the help he can get while avoiding the Inquisitors and the Purge Troopers, who, as you can see in the trailer, look somewhat similar to the Dark Troopers who made their debut in Rogue One: A Star Wars Story.

It’s notable that Fallen Order will be the first exclusively single-player Star Wars game since 2005’s Star Wars: Knights of the Old Republic II. In addition to confirming there won’t be a multi-player mode, producer Blair Brown also revealed on Twitter that the game won’t feature micro-transactions, aka optional purchases players can make with real money to buy extra features like costumes or weapons. This will be a relief to fans who remember the controversy over 2017’s Star Wars Battlefront 2, which required users to buy loot boxes with real money if they didn’t want to spend an inordinate amount of time unlocking popular characters like Darth Vader or Han Solo. As a result of the uproar, real money transactions were cut from the game globally, and investigations into the legality and feasibility of micro-transactions were launched. Belgium even declared loot boxes illegal for all future video games.

Luckily, Fallen Order appears to be far more about going on a Jedi adventure than buying things or joining friends for multiplayer sessions. In a press release following the game’s reveal at Star Wars Celebration, Steve Blank, director, franchise content & strategy, Lucasfilm Story Group, said that a game like Fallen Order was exactly what his team was looking for. “Focusing on Cal stepping back into the shoes of a Jedi post Order 66 opens up a lot of gameplay opportunities and rich story threads to develop for this new character and his backstory,” said Blank.

There isn’t that much longer to wait until you can get your hands on Fallen Order, thankfully. It’s scheduled to debut on consoles and PC on Nov. 15, 2019, and it’s available to pre-order now via Amazon or Origin for PC, with two different editions: a standard version for $59.99, and a deluxe version for $69.99 that includes cosmetic DLC additions. Those typically include things like extra costumes, but Electronic Arts has yet to share what exact items will be offered. The deluxe edition will also include behind-the-scenes content, for those eager to learn how Fallen Order was made.

Seeing as this is the first single-player Star Wars game in quite some time, fans’ excitement levels for Fallen Order are through the roof, as shown in these reactions to the trailer.

With both this game being released and Star Wars Episode IX: The Rise of Skywalker heading to theaters in December, it’s going to be a great couple months for anyone who’s ever wanted to wield a lightsaber.