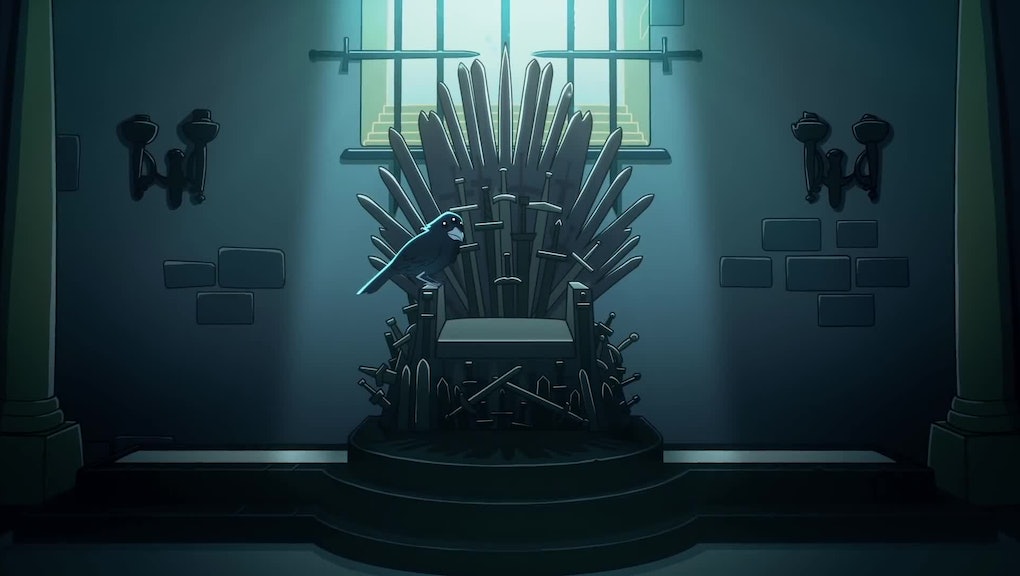 With Game of Thrones Season 8 in full swing, fans are jumping back into Westeros for another round of satisfying fantasy storytelling. But for major fans of the HBO series and the books it’s based on, an hour’s worth of television each week simply isn’t enough. There’s so much more to explore — which is where these great apps for Game of Thrones fans come in.

There are plenty of apps out there that have to do with GoT in one way or another, but the ones listed below are the absolute best of the bunch. Some of them provide you with fascinating new information about the George R.R. Martin-created universe, while others are more interactive and let you live out plotlines as the series’ characters — yes, that includes sitting on the Iron Throne yourself. Whatever your preference, there’s an app for you on this list guaranteed to keep you immersed in the GoT world long after the series finale has aired.

If you’ve ever felt certain that you could make better decisions than the people on Game of Thrones, this app is for you. In Reigns: Game of Thrones, you play as one of many characters as you swipe left or right, Tinder-style, to make decisions. For instance, as Tyrion, you can choose whether to give money to your army; as Cersei, you can decide whether to ignore advice from your counsel; as Daenerys, you can opt to simply burn things down with your dragons. The idea is to see how long you can remain in power while playing through several different phases and as various characters. There aren’t any scenarios pulled directly from the show – the game just uses the personalities and setpieces to build new stories. Watch out, though: It’s just as addictive as the series.

Download Game of Thrones Reigns on iOS and Android.

There are so many varied locations in the Game of Thrones universe that it can be difficult to keep track of each and every place. The Game of Thrones Map app offers an interactive map that’s easily scrollable, rife with details and simple to navigate. The map’s information is largely based off of the books, but the app also contains an additional knowledge base that can help answer any questions you might have about locations seen in later seasons of the show. If you’re tired of tapping your significant other on the shoulder and asking “who is this?” and “where is this taking place again?” over and over each GoT episode, this is an invaluable addition to your app arsenal.

Download Game of Thrones Map on iOS and Android.

This role-playing game and real-time strategy hybrid lets you live out your Game of Thrones fantasies by taking part in a war across Westeros. You can build your own house, assemble an army and manage your resources as you keep your eye on the Iron Throne. The best part? Your favorite Game of Thrones characters come along for the ride, and you can play with them in battle and even consult them on strategies.

Download Game of Thrones: Conquest on iOS and Android.

Although this episodic adventure game features some familiar characters like Margaery Tyrell and Ramsay Bolton, it mostly follows the created-only-for-the-game House Forrester, a family in the North who believe in their House motto “Iron from Ice” and come into conflict with those who seek the ironwood trees in their possession. You play as various members of the Forrester family as the game shifts narratives back and forth over the course of several installments. It’s nearly like watching an episode of a GoT spin-off, and some of the series’ actors even lend their voices to their roles.

Price: Free for first episode, $0.99 per episode after that

Download Game of Thrones: A Telltale Games Series on iOS and Android.

A World of Ice and Fire

Looking to get into the Game of Thrones novels? A World of Ice and Fire is the official companion app for the book series, with fact-checking and content from George R.R. Martin himself. It holds profiles of over 600 characters, 500 places, houses, religions, creatures and various other things – basically, think of it as your pocket encyclopedia for all things Game of Thrones. It even syncs with your progress through the series, featuring anti-spoiler functionality so you can save your place in the app according to where you are in the books or the show without worrying you’ll get plot points ruined. You can also track your favorite characters on a map through Westeros, and read new text written for the app to accompany some story arcs.

Download A World of Ice and Fire on iOS and Android.

Even though Game of Thrones is ending its television run this year, the fantasy doesn’t have to be over – just reach for one of these apps to keep the magic going as long as you want.