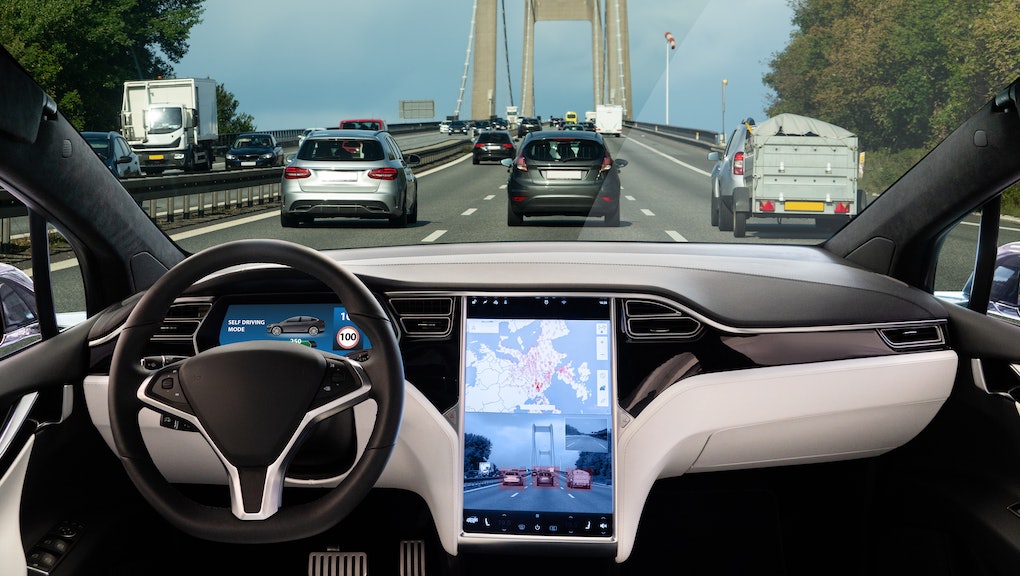 On Monday, April 22, Tesla CEO Elon Musk revealed at the Tesla Autonomy Day investor event that the company plans to dip its toes into ride-hailing services by 2020, CNN reports. According to Musk, the goal is to give Tesla owners the opportunity to make money when they’re not using their cars by having them utilize Tesla’s self-driving feature to taxi fee-paying riders around. The idea not only puts a twist on regular cab services, but it could present major competition to popular ride-sharing companies such as Lyft and Uber — the latter of which has also experimented in self-driving technology.

However, Musk’s proposal is far from a sure thing. In order to make what the CEO calls “robo-taxis” feasible, he wants to take advantage of Tesla’s proposed Full Self-Driving Computer, technology meant to allow cars to operate without help from a driver. All Tesla vehicles made after October 2016 will be able to upgrade to include this feature, once it passes regulatory approval in various cities. Musk claims that by 2020, the Full Self-Driving Computer will be both regulated and advanced enough to be operational.

Under Musk’s plan, revenue from a “robo-taxi” would be shared between the car’s owner and Tesla, with the company taking 25 to 30 percent of the fee paid by riders. Musk estimates that Tesla owners who opt in to this program would make about $30,000 a year, according to Business Insider. This money, Musk says, would allow drivers to recoup the cost of buying a Tesla, and owning a car with self-driving technology would also add substantial value to the vehicle.

“The fundamental message that consumers should be taking today is that it’s financially insane to buy anything other than a Tesla,” Musk declared during his presentation, comparing having a non-Tesla car instead of a Tesla to owning a horse instead of a car — fine as an addition if you want, but not instead of the more efficient option.

During the presentation, Musk presented an image of the chip that would house the Full Self-Driving Computer, and Pete Bannon, introduced by Musk as the “best chip and system architect in the world”, offered details on how it’d actually work. “In terms of driving the car,” said Bannon, “the basic sequence is: Collect lots of information from the world around you.”

All of the sensors and cameras on the Tesla car, he explained, would work together to gather enough info to create a route. The two Full Self-Driving Computer components on each chip would then each process those details, before “talking” to each other to make sure they were aligned. “Assuming that [the two computers] agree, [they] then act and drive the car,” said Bannon.

The Full Self-Driving Computer is different from the current Autopilot feature included in every Tesla, which doesn’t let the car be fully autonomous; it only assists with driving, still requiring driver supervision to work safely. The new technology would allow for Tesla’s first completely self-driven cars, and during the presentation, Musk placed emphasis on the company’s commitment to making autonomous driving safe. The chip, he said, would not only possess the ability to drive the car safely under normal conditions, but control the car even in a situation when a component fails.

Musk’s plan is not without its critics, of course. Tesla’s CEO has a pattern of making grand predictions and over-promising developments, to the point that Bloomberg has a feature solely for keeping track of his goals and timeliness in hitting those goals. Musk promised that Tesla would make 500,000 cars in 2018, for instance, but the company actually produced only half that number, as noted by The New York Times. He also claimed in 2018 that Tesla would make 10,000 Model 3 sedans per week — only to fall short of that number by half.

Besides the criticism of Tesla specifically, though, there is also hesitation over the future of autonomous vehicles in general. Ford CEO Jim Hackett has pulled back on adding self-driving cars to his company’s arsenal, stating at a Detroit Economic Club event in April that Ford had “overestimated the arrival of autonomous vehicles” and that self-driving cars will be too limited in use “because the problem is so complex.”

Waymo, Google’s attempt at autonomous vehicles began over six years ago, but despite developments since the company’s conception, Waymo still uses back-up drivers for its test fleets of automated taxis in case of emergencies. The company also has yet to to announce a start date for public use of their autonomous ride-sharing vehicles. Then there’s Uber, which caused massive controversy after one of its self-driving cars struck and killed a pedestrian with no signs of stopping in 2018. The company has resumed testing its technology after a brief pause, but at a slow rate compared to its competitors, according to Mashable.

With all these issues in mind, Brad Templeton, a former Google self-driving car strategist, stated in a February 2019 review of Tesla’s Autopilot feature that he does not believe Tesla’s actual self-driving technology will be ready and safe by 2020, calling Autopilot “nowhere near remotely close to approaching the quality needed from a robocar ‘full self-drive’ system.” Autopilot, he said, is less superior technology than Waymo — “and Waymo is still in 2019 driving mostly with safety drivers, after billions of dollars and work by some of the best minds in the business, with superior hardware.”

Regardless of these assessments, Musk is clearly focused on making autonomous cars accessible for drivers as soon as possible. However, it has not gone without notice that his announcement comes shortly before Tesla releases their recent quarterly results; The New York Times states that the company knows it will report a loss in earnings and vehicle sales. This information, along with Musk’s reputation for outbursts and grand claims seemingly meant to distract from poor reviews or falling stock prices, has left some critics even more suspicious of Musk’s plan. “I’ve seen this movie before,” said investor David Kudla, speaking to the Wall Street Journal.

Despite the likelihood of delays and the skepticism of many, however, there are still many people waiting and hoping for fully autonomous vehicles to be on the market before long. Whether Tesla will indeed be the first company to usher in that self-driving future has yet to be seen.