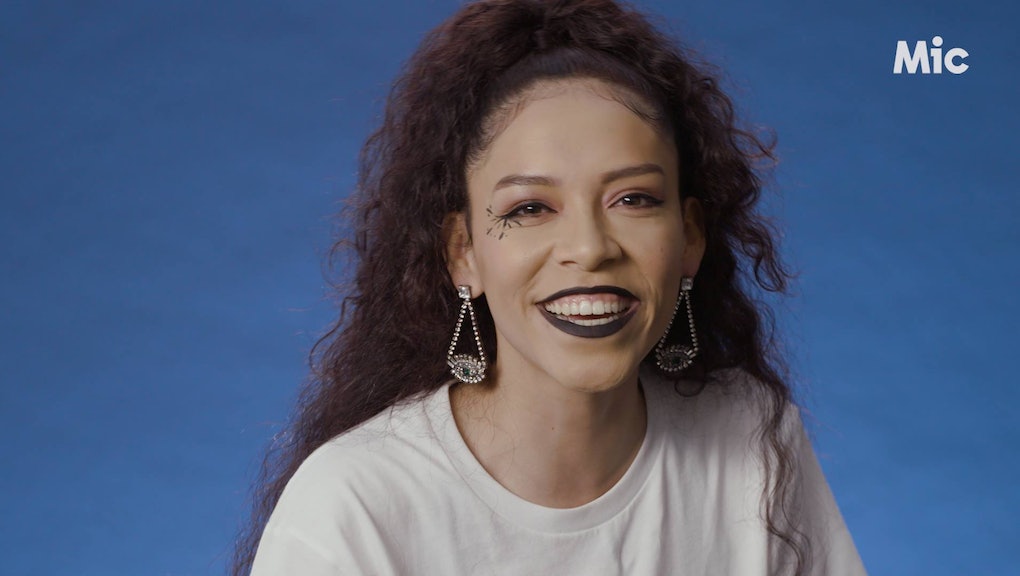 When “Chambers,” a new 10-episode supernatural horror series, debuts on Netflix on Friday, it will mark a major milestone for Native American representation in Hollywood. The show’s protagonist, Sasha Yazzie, played by actress Sivan Alyra Rose, will be the first Native American woman to star in a leading role in a television series.

The significance of that fact is not lost on Rose, who spoke out in an exclusive Mic video op-ed ahead of the release of the show, saying she hopes “Chambers” will serve to shift the narrative of how Native Americans are represented in Hollywood.

“Watching old Western movies, it’s always war bonnets and tomahawks and Cherokee-esque regalia. That’s not even my tribe. It’s not a lot of people’s tribes. But everyone, as a whole, will assume that Native Americans will look like this because of what Hollywood pushed on it.”

The show, created by Leah Rachel and also starring Tony Goldwyn and Uma Thurman, has been likened by critics to Jordan Peele’s thriller “Get Out,” as it similarly uses horror as a vehicle for social commentary, in this case around issues of assimilation.

The series chronicles the journey of Sasha (played by Sivan), a Native American student who suffers a heart attack while trying to lose her virginity to her boyfriend. She receives a heart transplant from a rich white girl named Becky, but ends up haunted by Becky’s ghost. The show is set in Arizona, near a Diné reservation, and many of the main characters are indigenous.

Rose herself grew up on the San Carlos Apache Reservation, also in Arizona, and described the difficulties of life there to Mic. “It was so toxic to be from San Carlos, just to say you were Native American,” she said. “Not too long ago, I was in high school,” she continued. “I thought I was going nowhere. I thought, I might not even make it to 21.”

However, during her most difficult moments on the reservation, Rose believes that seeing Native women on screen as role models might have given her a sense of purpose. For that reason, she hopes “Chambers” will inspire the next generation of Native women.

“My goal is to continue to represent inclusion of Native Americans in this industry,” she said. “I hope that girls see me and go, okay, she has brown eyes, brown hair. It’s curly. It’s messy. I’m fine.”

This article was originally published on April 30, 2019