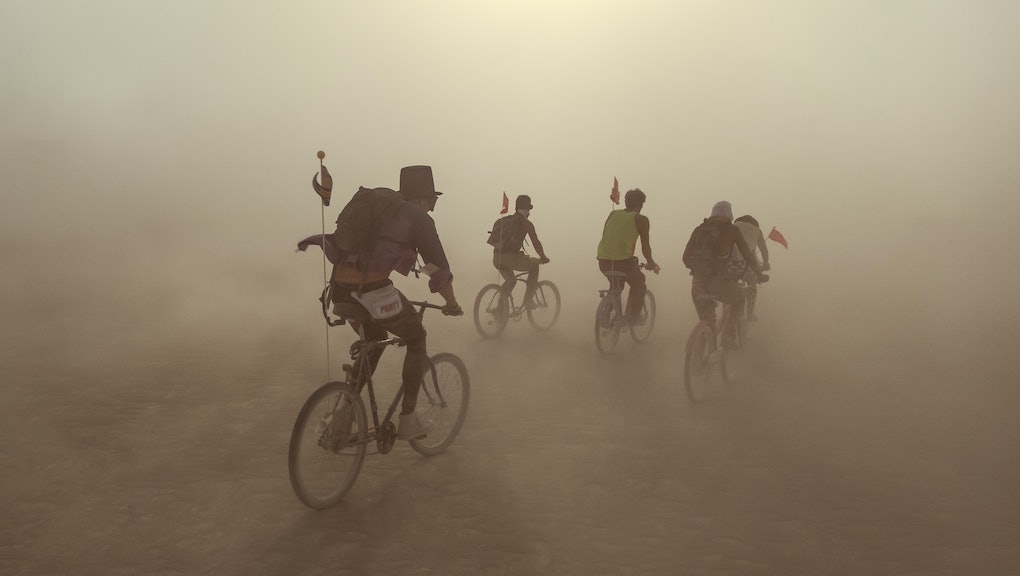 The U.S. Bureau of Land Management (BLM) and the organizers of the infamous Burning Man event in Nevada are clashing over new environmental regulations that could create an “astronomical cost increase” with expenses estimated to rise by nearly 60%, said Burning Man representatives to the Wall Street Journal.

Every year in Black Rock Desert, Nevada, organizers of Burning Man set up a temporary city to host the Burning Man community (known as “Burners”) in an annual experiment “dedicated to radical self-expression and radical self-reliance,” as stated by their website. For one week, the temporary community comes together to encourage and celebrate creativity through art pieces such as “art cars,” connect with other members, and ensure eventgoers clean up after themselves.

However, in an environmental impact statement used to evaluate the effect of events on natural landscapes, the BLM found Burning Man’s efforts insufficient. The agency has proposed additional requirements to the event organizers to increase public safety while reducing the event’s impact on Nevada’s natural environment. In order to renew their 10-year permit to continue using the area, the BLM requires Burning Man to comply with suggestions that include constructing barriers to protect attendees, providing dumpsters around the site, and banning certain lights that may disturb wild birds.

Burning Man organizers have lashed out against the new requirements through their official website, stating the requirements are an example of “beyond-excessive government oversight” that will hurt ticket sales, raise the cost of the event, and place attendees under government scrutiny.

The organizers refute many points in the BLM’s report, claiming the area does not have many wild birds during the event season to disturb. Their post also insists that their current rules requiring members to clean up after themselves are sufficient and that supplying dumpsters will be “logistically and financially crippling.” Burning Man organizers are encouraging members of the Burning Man community to submit their comments to the government.

However, Burning Man’s clean-up claims are refuted by residents living in nearby towns. Users on Twitter spoke up about the after-effects of the event, when Burners take their trash from the event and dump them into nearby towns. This includes enormous art pieces, such as the 747 airplane art car left behind in the desert after the 2018 event.

There is still time for BLM and Burning Man to make a decision or reach for a compromise. ABC News stated the new requirements will not effect event goers this year, but could create roadblocks for next year’s Burning Man.