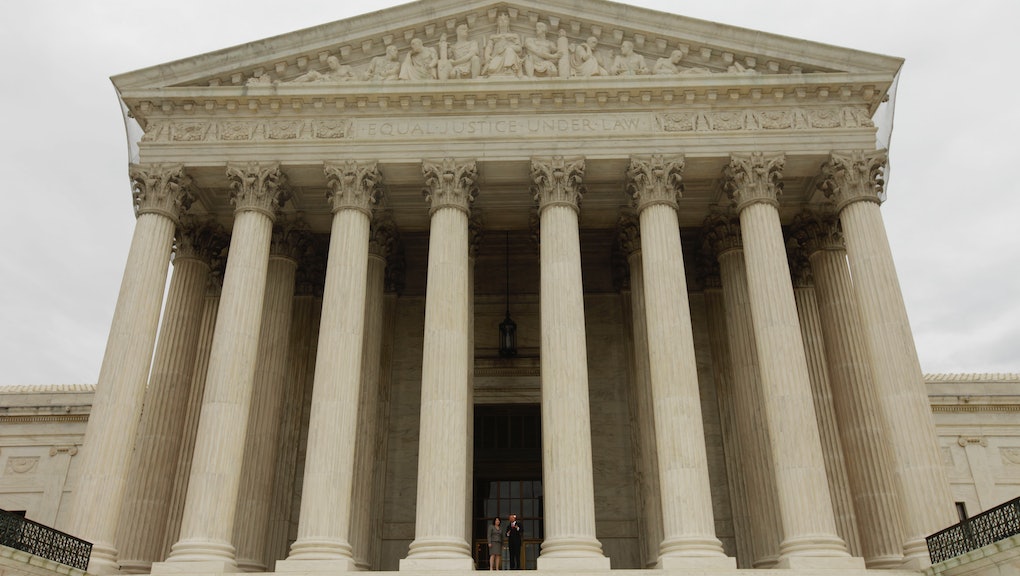 The Supreme Court’s decision in Shelby County, Ala. v. Holder to strike down Section 4 of the Voting Rights Act is an absolute disaster for anyone who cares about civil rights, equality, and justice before the law.

Back in the spring of 2008, I interned in Section 5 of the Department of Justice’s Voting Rights division. Section 5 is a key provision of the Voting Rights Act which requires states with a history of voter discrimination to receive federal “pre-clearance” before making any changes to their state voting laws and procedures. From poll taxes and literacy tests to extreme voter intimidation in the Jim Crow South, a quick review of history shows why this provision has been absolutely necessary to ensure equal voting rights for black voters (for more, I highly recommend watching the excellent documentary “Eyes on the Prize”). Counties in Alabama and North Carolina filed suit against the federal government saying we’ve moved beyond the days of discrimination, and therefore federal meddling in their state voting procedures is now burdensome and unwarranted. What I experienced working in Section 5 taught me quite the opposite.

My job was to review the cases of counties seeking to make changes to their voting procedures to determine if these proposals had discriminatory intent or effect. The proposed voting changes were mostly innocuous. A voting precinct in Alabama that wanted to move their polling location from a community center to a public school down the block. A county in Mississippi that wanted to move their voting booths from a school cafeteria to classrooms down the hall. On several occasions, however, these proposals were far more dangerous. Here’s just one example: I reviewed the case of a voting precinct that proposed moving its polling place from a public school which was easily accessible by public transportation to a public golf course clubhouse located in a largely white neighborhood. While black voters were of course technically permitted to enter the golf club, I interviewed local minority voters who told me “they would never do so” as a result of the club’s stuffy atmosphere and remote location far from public transportation. If not for Section 5, these voters would simply have been disenfranchised. We may very well have moved beyond the days of overt racism, but given the long history of racial tension in the 15 states covered by the Voting Rights Act, subtle forms of discrimination is still very much a concern.

But, with one fell swoop, the Supreme Court has changed everything. In a 5-4 ruling, the Court opted not to rule on Section 5 itself, but gutted Section 4, a key provision of the law which designates the states which must receive government pre-clearance for their voting changes. Chief Justice Roberts wrote the majority opinion and said Congress must update its formula for determining which parts of the country must seek Washington’s approval for voting changes. He wrote that Congress “may draft another formula based on current conditions.” In his concurrence, Justice Thomas said he would strike Section 5 as well (read the full opinion here).

In essence, although the Court technically preserved Section 5, the provision will no longer have any effect until Congress can enact a new statute to determine who should be covered by it. But, in today’s political age, what are the chances that Congress will come up with a politically palatable new coverage formula? One quick review of the myriad voter ID laws which sprung up during the 2012 election, or the redistricting plan in Texas that a federal court found discriminated against the state’s large Hispanic population, proves why leaving this decision to Congress is a terrible idea. Partisan politics will dominate. Compromise will be impossible. For these reasons, this ruling strikes down Section 5 as well for all intents and purposes. States that had to ask permission to change their voting laws will now just be able to change them, and face a challenge only after the vote occurs.

As a result, minority voters in places with a history of discrimination are at greater risk of being disenfranchised. This decision is one big step back for democracy.