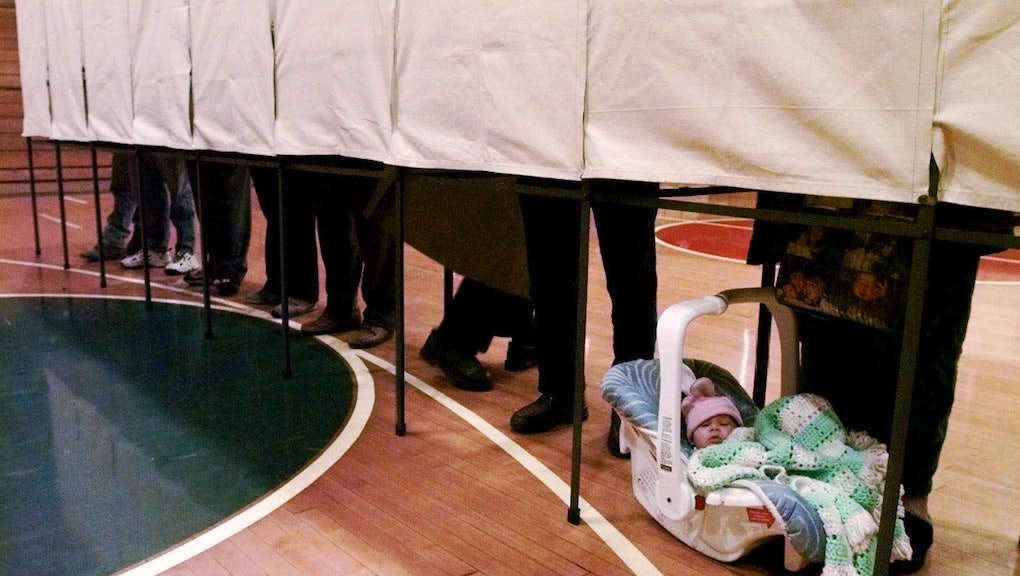 Will 16-Year-Olds Be the Next Group to Get the Right to Vote?

An Irish constitutional convention of 66 random citizens, 33 parliamentarians, and a chairman met and discussed lowering the nation’s voting age from 18 to 16. Fifty-two of the delegates voted to lower the voting age to 17, and 25 of those also voted to lower it to 16.

If the Irish parliament at large votes in favor of lowering the age to 17 after the majority of convention delegates did, the issue will go to a national referendum.

During its meetings the convention listened to testimony about Austria, which lowered its voting age to 16 in 2007. It also heard testimony arguing that enfranchising 16-year-olds would help reverse waning youth interest in politics by making it a habit early on. They added that at that age students learn about government in civics classes.

This seems worth talking about in America, given the popularity of talking about youth in elections and our government’s support of "democracy" elsewhere.

What is it that is inherently good about voter participation? Do we benefit from adding voters who need to be dragged out of bed to vote? Should we worry about the government supporting adding voters who’ve just read the government texts in public schools? And will 16-year-olds vote for things that benefit them economically? (I don't think so.)

Those of us in our twenties can remember a lot of uninformed, messy-thinking 16-year-olds. But in fairness to teenagers, we can find a whole lot of those in their twenties, thirties, forties, eighties, and nineties, too?