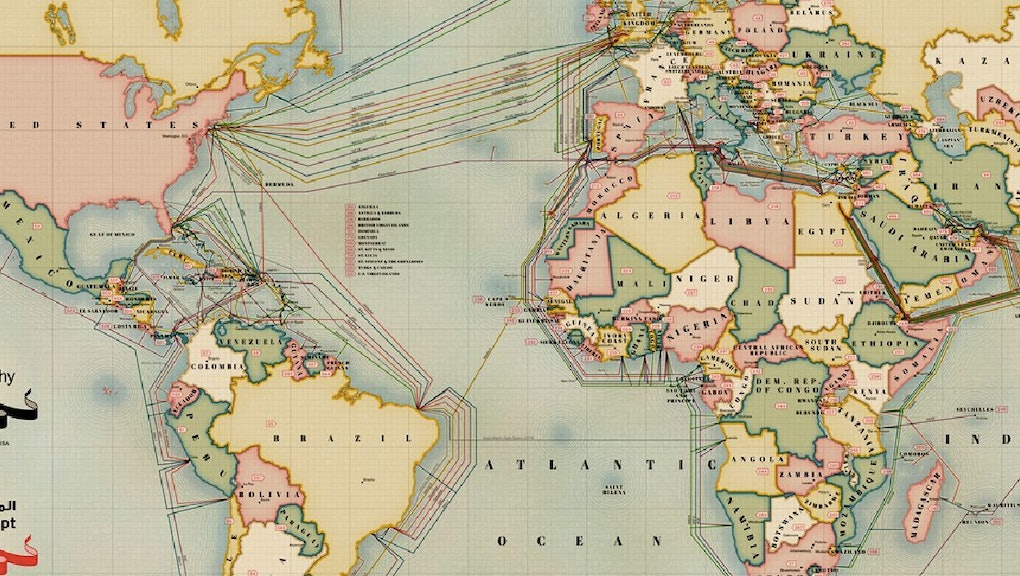 Hardly anybody fully grasps how the internet works. Even Google's executive chair wrote in his book The New Digital Age, "The internet is among the few things humans have built that they don’t truly understand." But here's an attempt: It consists of tens of thousands of interconnected networks run by service providers, individual companies, universities, and governments. There are three major parts to its construction: the networks that physically connect to each other (with about 12 that are particularly significant); the data-storing centers; and the architecture that lies in between. That is where it gets really interesting.

There are more than 550,000 fiber optic cables laid along the ocean floor that transmit trillions upon trillions of interactions per day. According to the Washington Post, these cables "wrap around the globe to deliver emails, web pages, other electronic communications and phone calls from one continent to another."

These utterly phenomenal underwater and long-haul fiber optic cables send information from virtually any point in the world to another at the speed of light — 186,000 miles per second. The circumference of the Earth is only 24,000 miles at the equator, which means these messages could technically circle the globe about eight times in one second. All from the bottom of the ocean.

Connections around the world are now run primarily on these undersea cables that link every continent and most island nations, with the exception of Antarctica. Here are some images of them.

The maps below depict routes of 232 in-service cables and 12 planned undersea cables.

Europe has more international network capacity than any other world region. As the Washington Post reported, "In the past decade, the role of the U.S. as a primary hub for routing global internet traffic has gradually eroded as more localized service providers have opted to connect their networks to other countries and regions."