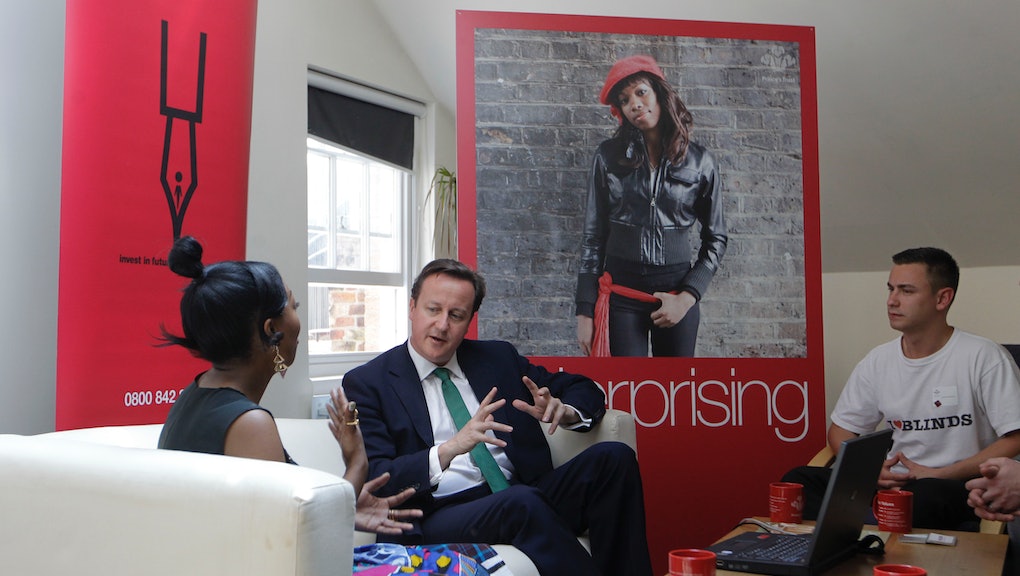 5 Examples That Prove Local Governments Can Be Like Startups

Governments are plodding and allergic to innovation, right? Not so fast. In the U.S., UK, and Brazil, governments are making pulling lessons from the tech industry into serving their constituents in a more efficient way. Here are five tips you can share with your own local government to get them thinking like a startup, based on examples of local governments that are on the forefront of civil innovation.

1. Bring in the Coders

Step one in building a new local government? Gather the necessary tools and the people who know how to wield them. No post about innovation in government would be complete without reference to Code For America, which takes software professionals and embeds them in local governments. In 2014, they plan to send 26 coders to 10 partner cities. On a larger scale, government agencies are getting an update: The Consumer Finance Protection Bureau regularly recruits Design and Technology Fellows and uses GitHub to invite people to help contribute to their open source code. But you don’t have to set up a grand partnership with CFA to meet coders. For starters, show up at local coder meetups or startup weekends, and make some new friends.

Sometimes innovation is as simple as applying a tried-and-tested approach to a new context. There are lots of innovators in the private sector whose successes there can be applied to the types of issues government is trying to address. Imagine a company that has built an amazing inventory system adapting that platform for a sanitation department, or a team that has perfected sensors helping the city to redesign the parking system. That’s the idea behind the San Francisco Entrepreneurs in Residence program which launched last month. Instead of supporting the development of companies, like an incubator, the program incubates projects, by matching successful young companies from non-civic fields with city departments so they can pool their existing knowledge and resources to tackle tough projects. There are also some amazingly talented innovation designers with experience in the corporate and non-profit worlds who have built new companies to design lean government services, such as FutureGov and Innovation Unit.

3. Look Outside Government for Fresh Ideas

Perhaps the problem you’re trying to solve is far outside of the current thinking in the worlds of government and business. That’s an opportunity to look to all the great ideas elsewhere in the world. Latvia crowdsources policy ideas directly from citizen petitions, a process in which legal and policy experts are linked up with campaigners to help translate ideas into actionable proposals. Meanwhile, the university system is full of talented young people looking for projects: Minas Gerais, Brazil’s second-most populous state, recently partnered with the MIT Media Lab to encourage the Lab’s experimentalists to generate fresh ideas about government transparency, efficiency, and innovation. Managing crowdsourced ideas from many sources can be difficult, too, so what about a more radical approach to decision-making, like the Liquid Democracy system used by the Pirate Party?

4. Make Space for Experimentation — And Failure

The problem with experimentation is that it’s risky, and civil servants are afraid of failure. That’s why the Boston Mayor’s Office of New Urban Mechanics, a pioneer in government innovation, invites officials from across departments to create innovative projects, gives them funding for their ideas and takes responsibility for the risk a project doesn’t work out. Or better still, encourages the project to iterate and improve, building on everything the failure taught them. Of course, companies like 3M have been encouraging experimental side projects for almost 70 years.

The strategies mentioned above — bringing in coders, pulling in expert consultants, looking for smart ideas in other places, and setting up a culture of experimentation — are important steps. If you are ready to go big, it may be time to hire a chief innovation officer. Philadelphia, San Francisco, and Seattle have led the way in carving out a cabinet-level position that moves beyond managing data and hardware, putting mayors’ offices directly in conversation with their startup constituents — both to serve them better and to foster innovation within their governments.

This article was primarily the work of Rodrigo Davies (@rodrigodavies) of the MIT Center for Civic Media, with help from Jake Garber. Disclaimer: Rodrigo was involved in putting together the SF EIR program.