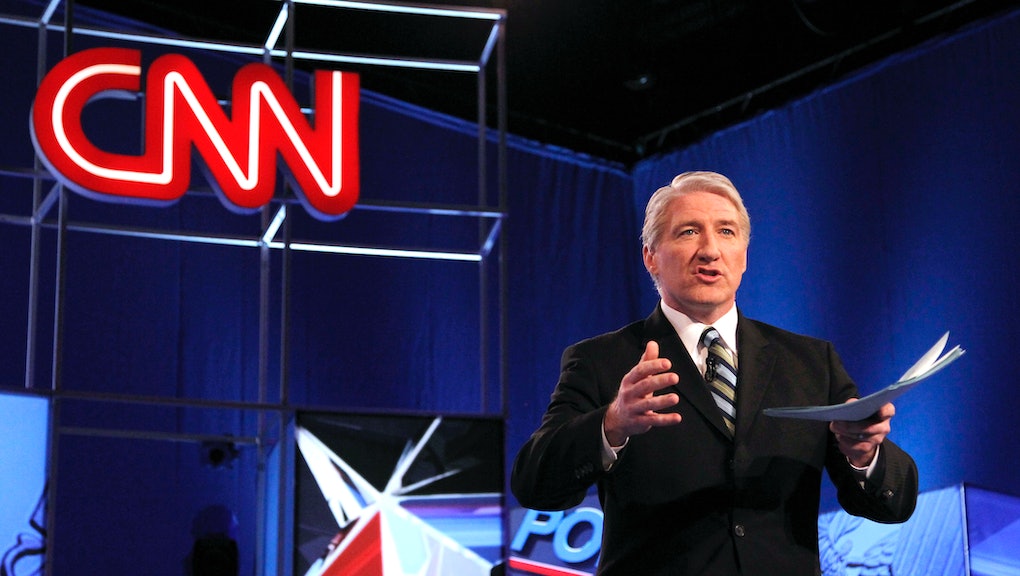 Feeling Sad? Here's Why CNN May Be to Blame

Although our Facebook newsfeeds are filled with mostly positive stories, the humblebrags and self-promotions still take a psychological toll on our well-being. Twenty-four-seven broadcast news channels, however, cover mostly negative stories, which may be taking an even greater toll.

Of course, bad things happen in the world that are deserving of media attention. Wars, violence, and natural disasters are all part of the many injustices broadcast news helps to shed light on. The problem arises when pundits and anchors are required to dramatize these and other less meaningful stories to fill a 24-hour news cycle. Watch CNN any time of the day and you will be sucked into a vortex of irrelevant and sensationalized stories. Not to mention the embarrassing stumbles and inaccuracies often reported as the channels rush to break the news first. Twenty-four-seven news is a time suck that is not good for you.

It’s infotainment. Television news faces tough competition as more and more people turn to the internet as their main news source. This means television news must now be both accessible and entertaining. You can check the news as easily on your phone as you can on television. Moreover, news that was once informational is now packaged as entertainment, with primetime lineups and shock value. Ultimately, stories are dissected and pulled in one direction or another where opinions rather than facts are introduced.

This sort of nonsense is often seen most during election season, when ratings are at their highest. The political horseraces can be exciting at first, but after the 28th poll, it’s all recycled explanations and talking points, while the petty day-to-day micro-dramas give Regina George a run for her money. In addition, this type of coverage loses sight of the candidates’ platforms and positions, while instead focusing on colorful touch-screen maps. What only really matters is who wins on Election Day, which is even sometimes contested.

It’s also physically harmful. Consuming negative news activates the body’s stress response and releases cortisol. This stress hormone is released during the fight-or-flight response to prepare for survival. Cortisol is your body’s panic button, shutting down all nonessential functions including the immune, digestive, and reproductive systems. While watching news during a crisis can provide temporary relief, there is a threshold to news consumption that when crossed makes viewers even more anxious. A chronic stress response can lead to anxiety, depression, weight gain, sleep, and memory impairment. What’s more, cortisol is highly associated with heart disease.

The effects of watching too much news require physical intervention to be overturned. One study tried to curb the negative effects of news consumption with relaxation. Two groups of college students both watched a random 15-minute news segment. Afterwards, one group was given a 15-minute relaxation exercise, while the other group went to a class lecture. Pre- and post-tests showed that only the relaxation group returned to its pre-news state, while the anxiety levels of the people who returned to their normal lives after watching the news remained elevated.

Author Ryan Holiday put it best. “Current events/the news should be followed only if it fits one of the following criteria: 1) It directly affects you in some way. 2) Knowing about it would make for interesting conversation.” Twenty-four-seven broadcast news does not provide a return on its investment. There are only so many fleeting moments that make up your life. Don't waste them on CNN.