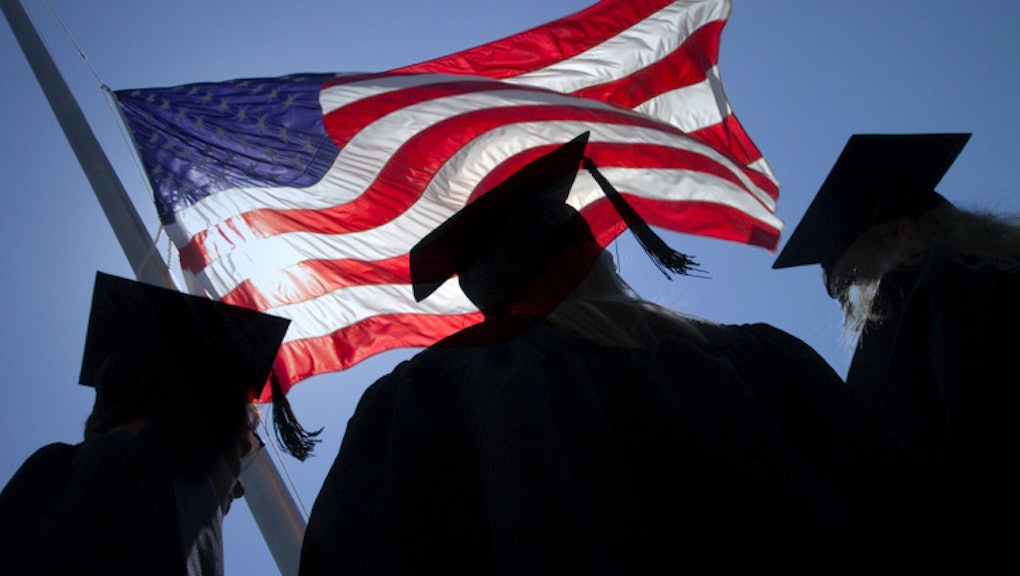 Congress has until this Thursday to make a decision about the debt ceiling, whether they will increase the nation’s borrowing authority or cause the U.S. to default on its loans. Progress was made during the Columbus Day weekend, but a final budget deal was not yet decided as of Monday evening.

While these “adults” continue to “negotiate” how the budget should look, the rest of the population must wait and wonder the possible outcomes. Jeff Fecke outlined for Truthout four possible scenarios, including a “worst case scenario: the second great depression.”

While a second great depression would be devastating for all Americans, and the entire global economy, it would catastrophic for millennials. But where are these millennial voices speaking out against this issue?

Stephen Calabria interviewed a few senators for PolicyMic, asking them what a default would mean for young people. Sen. Roger Wicker (R-Miss.) implied we could use the budget debt ceiling debate as leverage to slow the growth of the federal government, saying, “So to the extent we could use the budget ceiling under the current law as leverage to get a long-term deal to slow the growth rate of the federal government, then I think the use of that particular tool could be very, very helpful to millennials."

But how is this “tool” of less government beneficial to millennials who, as research found through the Swindled campaign, are being stuck with the tab collected by our older generations? Swindled: How the Millennial Generation Will Pay the Price of Washington’s Paralysis found, “Someone who is 65 today will receive an average of $327,400 more benefits than she paid in taxes,” while future Americans will have a tax burden of “60 cents of every dollar they earn.”

The question is not about how much government is needed, but what our current government does with its debt and debt payments. As Ryan Schoenike explained also for PolicyMic, we millennials cannot handle this future debilitating debt under our current economic circumstances, including our unemployment rate of 16% and most of us being underemployed making less than what we could be making.

Gurwin Singh Ahuja, policy advocate for Generation Progress at the Center for American Progress, likewise stressed that “young Americans actually have the most to lose if the debt ceiling is not raised.” He told PolicyMic that raising the debt ceiling does not mean the government will spend more, but that the debt ceiling simply gives Congress the authority to pay for previous spending.

"If we reach the debt ceiling, there will be higher interest rates, higher debt payments, and higher taxes for a generation,” he said. "Millennials will be paying higher taxes and getting less services for a government that does not work for us."

Ahuja said a lot of credit, including student loans, credit cards, cars, and homes, is connected to interest on treasury bonds, which is a widespread industry practice. Congress tied student loan rates to Treasuries because treasury rates were so low and students could take advantage of the rates at the time, a 3.86 interest rate. He said that if we reach the debt ceiling, borrowers starting July 2014 will likely have higher interest rates of that year.

Generation Progress works “with and for young people to promote progressive solutions to key political and social challenges,” and after hearing from young people, Ahuja said he felt compelled to write a piece on the subject of the debt ceiling.

"Millennials will have less investment, less spending for universities and higher debt payments causing slower economic growth,” he continued. “And we'll be living with that for the rest of our lives."

Now, are we millennials doing enough to voice our concerns? Brendan Fallon of RYOT News tried to put this issue in layman’s terms for the average millennial by creating a narrative of a young person needing a credit-line increase to be approved by his or her conservative father who refuses to “over ill-informed and unpopular views not based in economics, science, history or reason.” Fallon wrote, “Hopefully he will increase the debt limit with no strings attached so you can sit down and hammer out a budget deal without the threat of a total collapse hanging over your head.”

Adults can get as mad as they want over this debt ceiling debate, no matter what side of it they’re on. But when it comes to who will be really suffering the consequences, it’s going to be us, and the sooner our generation realizes this and tells our congressmen and politicians that we will not be left holding the bag after they’re gone, the better off we all will be.