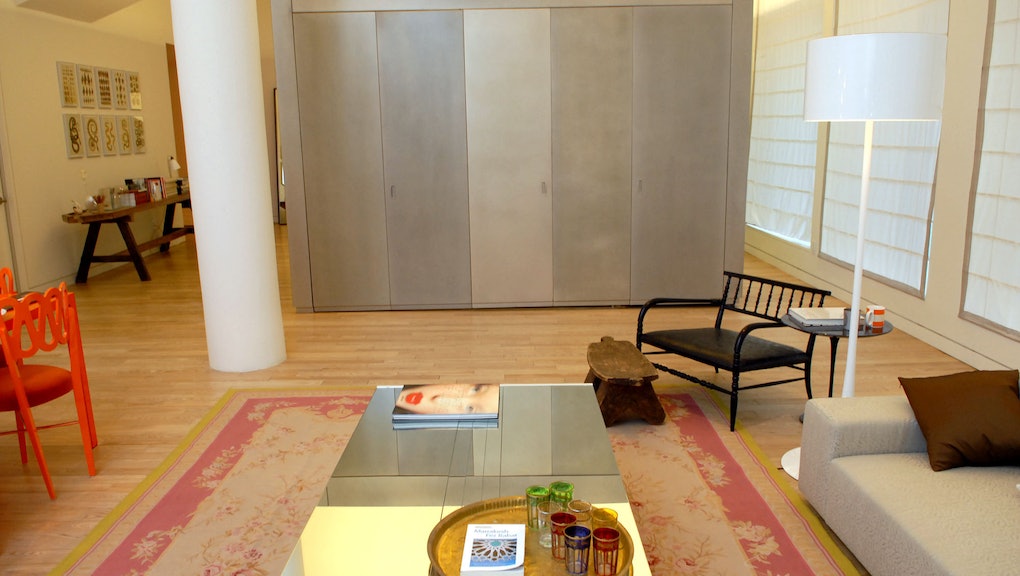 New York state Attorney General Eric Schneiderman might be your next house guest. That is, at least, if you’re renting out your New York living space on the popular travel website Airbnb. No, this isn’t a PBS riff on a reality TV pitch. Last week, Schneiderman subpoenaed the records of all 225,000 Airbnb users in New York state. Either he’s looking for cheap rent in NYC (who could blame him?), or he’s planning to take the fight against this tourism industry disruptor to the cheap seats.

You’d be hard-pressed to find a resident of the city without a nightmarish landlord story, and sleazy landlords are at the heart of the law in question. However, conflating couch surfers and the majority of short-term apartment renters with slumlords seems a bit of a stretch. The legislation Airbnb currently has run up against specifically bans short-term stays (under 30 days) when the owner or leaseholder of the apartment is not present. This law (Bill S6873B-2009, for those of you filling out your scorecards at home) was initially promoted to block slumlords from renting portfolios of apartments for shorter terms and higher profits, thereby reducing the rentable, affordable properties for actual NYC residents. Under this law, fully half of Airbnb’s current NYC inventory is illegal.

Resistance to Airbnb’s facilitated space-sharing brings to mind another recent debate over the sharing of property. Within recent years, intellectual property rights advocates have alternated between aggressive and educational tactics to combat file sharing. Attacking and prosecuting (or at least threatening to prosecute) individuals produced fear, but didn’t dramatically change behavior. However, a mixture of education (ads with artists reminding users who gets "hurt" by file sharing) and innovation (inexpensive, content-rich streaming services like Spotify and Netflix in addition to retailers like iTunes), ultimately did.

Entertainment customers then had convenient options matching the ways they were interested in consuming, while still being able to say they were supporting the artists they love. Sure, a small population of internet superconsumers illicitly download terabytes of tracks and files. But those users represent a minuscule portion of the population, and they were never buying tens of thousands of DVDs in the first place, so that’s a moot point.

The comparison isn’t perfect, as there are likely many Airbnb renters who would seek traditional lodging options for their stays in New York if Airbnb wasn't an option. But the connection between other sharing debates isn’t that far-fetched either. Is a handful of rogue, profiteering landlords cause to close off much of the market to services like Airbnb? Will the hotel industry continue crying foul, or will they innovate to provide the types of lodging experiences consumers are clamoring for? If more and more city-goers are satisfied with Ikea-furnished spaces in interesting neighborhoods, might there be an affordable, untapped urban industry segment somewhere between chain hotels and sketchy hostels?

Once the entertainment industry stopped whining incessantly about file sharing and welcomed new distribution methods, the majority of its market returned. There are several directions big hotels could go in this competition, but it’s unlikely that a bully’s strategy predicated on the cry of “the little kid stole my lunch money” will do the trick.

With taxes now entering state and city coffers from 225,000 Airbnb property hosts, fears of unscrupulous landlords provide insufficient grounds to shutter the doors of tens of thousands of hosts statewide. Although the company will likely make some policy changes to better comply with occupancy laws, Airbnb as a whole is here to stay. Maybe Attorney General Schneiderman will find some lodging options that satisfy him, too.