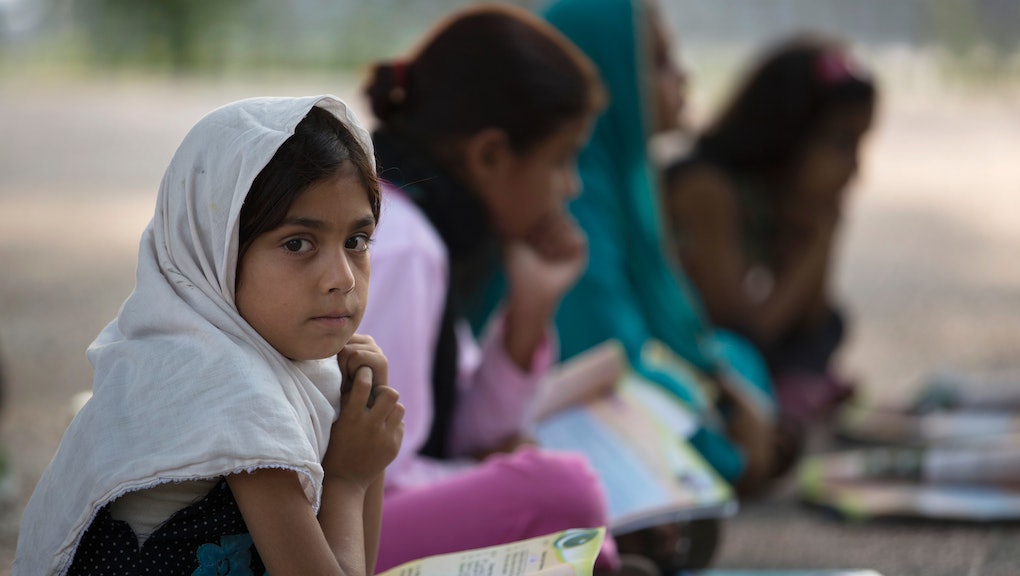 With the release of her biography, I Am Malala, the spotlight has once again been shone on Malala Yousafzai, the 16-year-old girl who was shot in the head by the Taliban for speaking in favor of educating young girls in Pakistan. To many, Malala is a hero. She has spoken on Western television in numerous interviews, leaving John Stewart at a loss for words as he gushed over her inspirational courage. She was even recently nominated for the Nobel Peace Prize.

But while Malala’s story is incredibly inspirational, there is also a darker side to her stardom. By heaping praise on Malala, Western audiences deny their governments’ role in Pakistan's struggle with the Taliban and promote a simplistic view of international conflicts.

It is no great secret that people like to break narratives up into easily digestible chunks, and Malala’s story is one that is easy for Western consumers to understand and relate to their own set of moral values. That is why it has been easy for Malala to be unwittingly transformed into a symbol for Western consumption and a tool for demarcating the symbolic line between the West and “the other.” The story begins with Malala’s father’s exceptionally progressive attitude towards educating women. This attitude helped Malala develop a deep passion for learning, equality, and justice at a very young age.

Malala's biography reads like the stories of many fictional heroines that young girls grow up with. Malala is intelligent and fiery with dreams of changing the world, but the book has the added benefit of being a true story that is easily interwoven with important global issues such as human rights, development, education, and peace. It is no wonder that people love Malala, and view her as a symbol of both everything that is both right and wrong with the world today. However, Malala's rise to fame has not solved Pakistan's many problems. Young girls in Pakistan are still fearful when they attend school, and their communities are plagued with the constant threat of Taliban violence and Western drones.

Malala’s message is an undeniably important one: that everyone has the right to an education. However, behind this simple and moving story is the more complicated relationship between Asia and the West, highlighted by the exceptional nature of Malala’s rise to fame. In early 2009, when Malala was only 11-years-old, she began writing a blog for the BBC about life under the Taliban. Once the Taliban discovered her identity, she and her father were added to the Taliban’s list of targets, and in October 2012 she was shot in the head while riding home on a school bus. Miraculously surviving the attack, she was rushed to the Queen Elizabeth Hospital in Birmingham, England for intensive rehabilitation.

Following this incident, Gordon Brown, the United Nations Special Envoy for Global Education, launched a UN petition in her name, using the slogan "I am Malala"  (which is also the title of her biography), to demand that all children worldwide be in school by the end of 2015. The petition helped to ratify Pakistan's first Right to Education Bill, leading TIME magazine to feature Malala on its cover and as one of "The 100 Most Influential People in the World." She was later invited to speak at the UN to call for worldwide access to education. Her status as an international star was official and the world saw what one little girl can stand for if only given an outlet to express herself.

However, not everyone is impressed with the West’s idealization of Malala. This week, Storify collected Tweets discussing "Why Conspiracy Theories About Malala Go Viral."  The answer, unfortunately, is quite simple. It is the same reason that many Pakistanis are far less enthusiastic about Malala’s rise to fame than their Western counterparts. Observers view it as blatantly hypocritical when one person is idealized while so many others in similar situations are ignored. Other girls brutalized by the Taliban don’t get rushed to Western hospitals, and most of them do not survive an attack. Because Malala was hand selected by the BBC and given a mouthpiece in the Western media, she had a privileged position that allowed her to be rescued.

As one Twitter commentator stated, “If the international media thinks Malala is so adorable, why don’t they care about the innocents killed in drone attacks?” There is a prevailing sentiment that the Malala story is a convenient drama utilized by the West to demonstrate and criticize the barbarity of countries like Pakistan, while doing nothing to improve the situation. If anything, Western powers make the situation worse by dropping bombs on faceless victims who don’t receive the same attention or heroic status as Malala.

Absent from the West’s portrayal of Malala’s story is a critique of Western military operations in the region and their use a rallying cry to radicalize militants against the Pakistani government. Her story is far too easy for everyone to embrace without looking critically at the situation on the ground. However, in a recent meeting with Barack Obama, Malala herself informed the U.S. president that drone attacks are fueling terrorism.

If there is one thing that I am Malala should teach us, it is to look beyond Manichean narratives of good and evil. It is important to applaud Malala for the awareness she has built around important issues like education for young women,, but unless we also look critically at the role of Western policies in the region, Malala's story only helps to alienate foreign nations and separate the West even further from its perceived “other.”