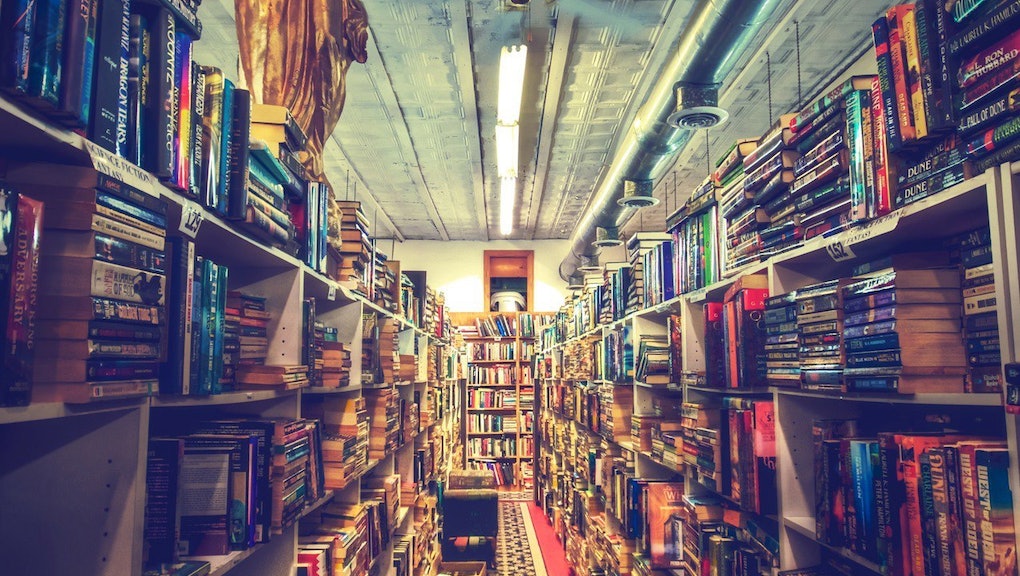 Finally, Scientific Proof That Majoring in English Was Worth Your Time

Apart from Underwater Basket Weaving, the college major that seems to yield the most punchlines and derision is English. In a world where 140 characters can change a life or the course of history, who needs 'flowery' prose, let alone the literary canon? Wouldn't our time be better spent learning to code?

I pose those last questions entirely sarcastically, of course. As English majors go, I'm of the proudest sort. I started college believing I'd begin a career in journalism promptly after graduation. I was in a liberal arts college that didn't offer any vocational majors, so I chose English as a close and viable cousin. Various internships and extracurricular activities steered me towards public relations — my current field — but I've never regretted my major. While I don't get to apply my knowledge of T.S. Eliot to everyday press release writing, my way with words has helped me navigate complex situations more effectively than any practical Public Relations training ever could.

And I know I'm not alone. For the lovers of Longfellow and Woolf, decriers of dangling participles and missing modifiers, I present my list of the top four reasons why an English degree is still a good investment of one's time and tuition:

1. Being literate makes you a better person.

Thank you, Psychology majors, for validating something I’ve always believed. According to a study by New York's New School for Social Research, people who consume literary fiction — as opposed to popular fiction — perform better on psychology tests measuring empathy, social perception, and emotional intelligence. As reported by The Atlantic, “by forcing you to think, empathize, and assume … literary fiction is literally making you a more caring and emotionally intelligent person.”

There are a number of degrees that prepare their recipients for very specific careers, but an English degree opens up myriad possibilities. In college, I was often asked if I planned to go into teaching. As it turned out, I was more cut out for communications. But there are grown-up students of English in publishing, sales, marketing, law, and so on. As the New York Times editor Verlyn Klinkenborg writes, “Former English majors turn up almost anywhere, in almost any career, and they nearly always bring with them a rich sense of the possibilities of language, literary and otherwise.”

And that really is the point.  The mastery of English — the ability to communicate an idea to its fullest potential by dressing it up in the most evocative vocabulary — is a precious commodity. Studying English isn’t just about losing yourself in fiction, it’s about exposing yourself to the best way of directing and organizing your language so it conveys the quality of your thoughts to your colleagues and clients, whoever they may be. When is the last time you saw a job description that didn’t include “strong writing skills a must?"

3. You’re a hit at cocktail parties.

I realize this isn’t at the top of everyone’s priority list, and I realize a kegger isn’t the place to whip out your extensive knowledge of Shakespeare. However, there comes a time in most of our lives when we’re invited to the kind of party where we actually have to engage in conversation with other people (including bosses, potential significant others, in-laws, etc.). If you can relate someone’s witty anecdote to something you read back in English 202, you’ll likely stand out from the crowd as a cultured individual and worthwhile conversationalist. And your ability to read closely will give you insight into the same cultural output everybody else is consuming. Just don’t be too heavy-handed about it; no one likes Ted Mosby in elbow patches dropping a Gabriel Garcia Marquez reference solely to impress the ladies.

It’s a well-known fact that The Simpsons sparkles with literary references, and TV favorites from Seinfeld to Archer are also steeped in allusions.  Being an English major definitely gives one a leg up on spotting them, and there is an almost indescribable joy in doing so and pointing them out to present company, which may result alternately in eye-rolls and appreciative nods. Small victories.

Having a background in literature also prepares you for plenty of enriching cultural experiences.  If you’re in New York, you must check out Sleep No More, but not before brushing up on Macbeth. You’ll want to be able to spot Hecate when she grabs you by the arm and leads you to the conclusion of the interactive performance.

And there you have my brief list of why an English degree still holds value in an ever more terse and technologically-minded world. There's nothing wrong with other majors, but if your gut leads you to English, there's no reason you shouldn't follow it. Of course, if you want to be sure you make tons of money right after college, disregard everything I’ve said and study petroleum engineering instead.