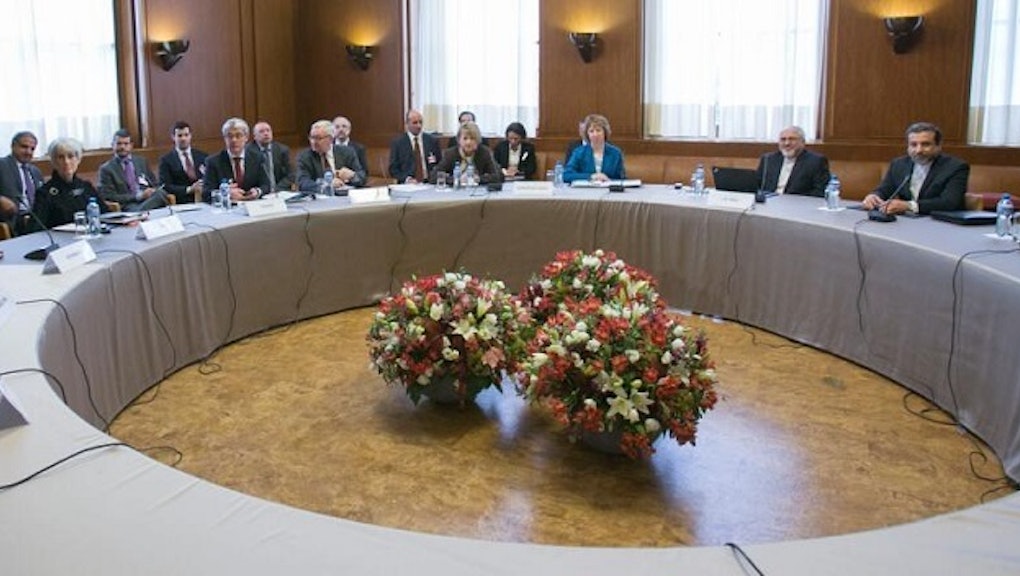 Success of Iran Nuclear Talks Depends on Ayatollah Khamenei, Not the Negotiators

The newest iteration of nuclear negotiations with Iran is taking place in peaceful Geneva, Switzerland this week with fresh faces sitting behind the “Iran” placard at the table.

Foreign Minister Mohammad Javad Zarif, a graduate of the University of Denver (Go Pioneers!), is leading the effort — on behalf of newly elected President Hassan Rouhani’s government — to open the doors for increased communication with countries and multilateral coalitions determined to slow down, or completely deter, Iran from achieving certain nuclear capabilities.

As Iran’s chief negotiator with the P5+1 (or E3+3) group, Zarif is everything the West (read: the European Union and the U.S.) could want in a person charged with raising Iran’s profile externally. The simple fact that Zarif speaks and tweets in fluent English places him in higher regard with many of the Western diplomats than previous ministers that have held the turbulent role. In light of his stress-related back spasms, Zarif is rarely captured in the meetings, or in the press, without a smile on his face. He happily sat next to (and spoke with) Secretary John Kerry in New York last month at the UN General Assembly, a behemoth leap forward for U.S.-Iran relations defined in recent years by cold shoulders, missed rendezvous, and occasional snail mail dispatches.

All things considered, Zarif seems to be the best person for the job of chief negotiator as far as the West is concerned, and in many ways he is, but it is important to remember that the chain of command in Iran leaps back up to Supreme Leader Ayatollah Ali Khamenei in all of the country’s dealings.

The Supreme Leader’s thoughts on the direction of Iran take precedence over those of diplomats around the world actively working to soften Iran’s hard image, the welcome approachability of Foreign Minister Zarif, and, perhaps most importantly, Rouhani’s platform of “hope and prudence.”

The Supreme Leader’s consistent statements that Iran’s nuclear program is a sovereign effort that will continue despite crushing sanctions and international efforts to coerce its progress into stagnation is Iran’s true platform for the Geneva negotiations that Western diplomats must keep in mind.

Despite messaging and posturing efforts to suggest Iran’s earnest openness to negotiations and progressive reforms in other policy corners under international scrutiny, the country is buying time and diverting public attention away from efforts to regain a foothold as a regional power in the Middle East North Africa region, fuel proxy efforts to further destabilize neighboring political threats, and thoughts about the reasons behind the Supreme Leader’s endorsement of Western-friendly senior officials.

The Geneva negotiations are a positive step along the winding road to appeasement and the openness that Rouhani and his Foreign Minister Zarif have shown the West in the early days of their service should be applauded. But Western diplomats and senior officials should take these developments with a grain of salt, as I am sure some are, and prepare contingency plans for engagement if the talks should lead to another roadblock.