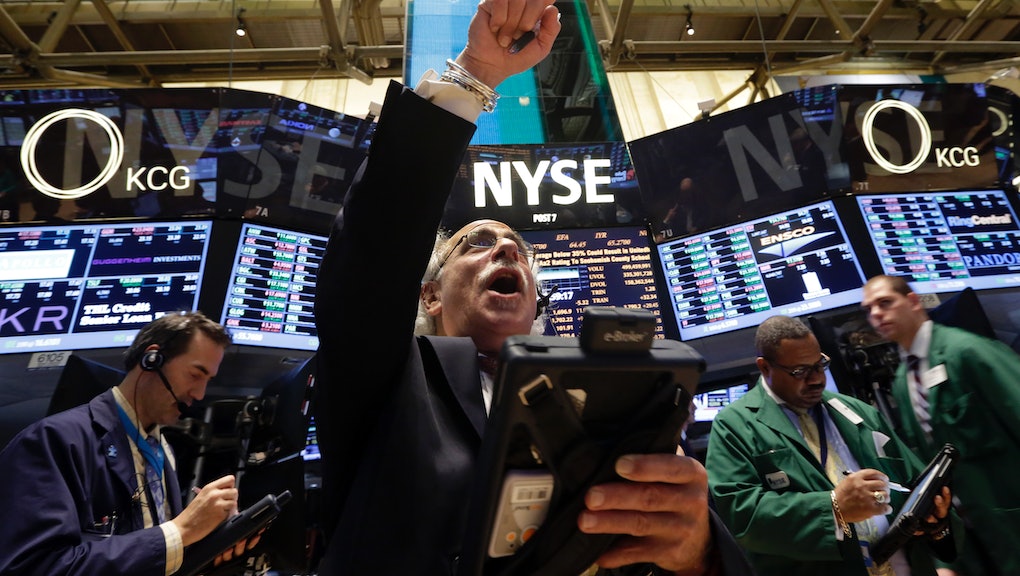 Lately, we’ve been inundated with news about Twitter’s IPO (Initial Public Offering), but let’s admit it — many of us don’t have the slightest clue what an IPO actually is and how it goes down. When and why does a company decide to do it? What is the process? Fear not; here are the answers to the questions that you’re too embarrassed to ask, answered in non-financey terms and a nifty infographic.

An IPO is the process of a company transitioning from being privately owned to being open to the public; it’s the first time that anybody can buy stock of that company and it can be traded on a public market. IPOs are often issued by smaller, younger companies seeking the capital (cash money) to expand. Twitter, for example, wants to raise $1 billion through its IPO. But large, privately owned companies looking to become publicly traded might also issue an IPO. Visa, for example, went public in 2008, raising over $17 billion on its first day on the market. (At the time, it demolished AT&T's six-year-old record of $10.6 billion.) Facebook’s IPO almost beat the record but just missed.

2. When is it the right time to launch an IPO?

General market stability is an overarching factor to look at. But companies also look at the safety and performance of their industry specifically, and assess the likelihood of getting a good value at that time.

3. How is a company’s value ultimately assessed?

Potential investors would look at sales, profits, growth prospects, relative scale, and the strength of the business model. If it’s a business anyone can duplicate, it won’t be worth a lot. For example, no one could compete with Microsoft at the time because it had such huge market share. So you have to ask, is the company sustainable? Why will this business survive?

Competition is one of the most important aspects to consider. What could happen that could hurt the value or dramatically damage the value of an investment? Could something put it out of business? Look at what the internet did to newspapers, or what Facebook did to MySpace. AOL was once worth $100 billion, and is now essentially worth $2 billion. You have to think long term.

4. How is an IPO actually carried out?

In Twitter’s case, it seems they had to differentiate themselves and create a niche before convincing investors they were worth it. They went through about 70 self-definitions before finally identifying as a "a global platform for public self-expression and conversation in real time."

It’s a good time for their IPO because investors are very receptive to companies like Twitter who show potential for strong growth opportunity. The company said in its filing that there was significant opportunity to expand their user base as "industry sources estimate that as of 2012 there were 2.4 billion internet users and 1.2 billion smartphone users, of which only 215 million are monthly active users of Twitter." The New York Times reported that the IPO "comes at an auspicious time" because "investors are once again keen to place highly optimistic values on social media companies." As Facebook has soared on the stock market, "in this climate, Twitter’s bankers will probably feel they can persuade investors to accept a high valuation."

As of August, Twitter valued itself at $12.8  ($20.62 a share.) They have more than 200 million monthly active users and have doubled revenue annually as companies advertise on the service, their SEC filing showed.

We don’t know yet what will happen on Twitter’s first day on the stock market, but the average first-day gain for U.S.-listed IPOs this year is 16.2%, above the average of 13.3% seen during the last five years, at the highest level since 2000.

So why should you particularly care?

You already know about Twitter from a consumer’s point of view. But because of its going public, you’re going to learn a lot more about it — there will now be huge amounts of information that, as a consumer, you might care about: revenues, where they expect to grow, future plans, management, predicted company risks, and more.