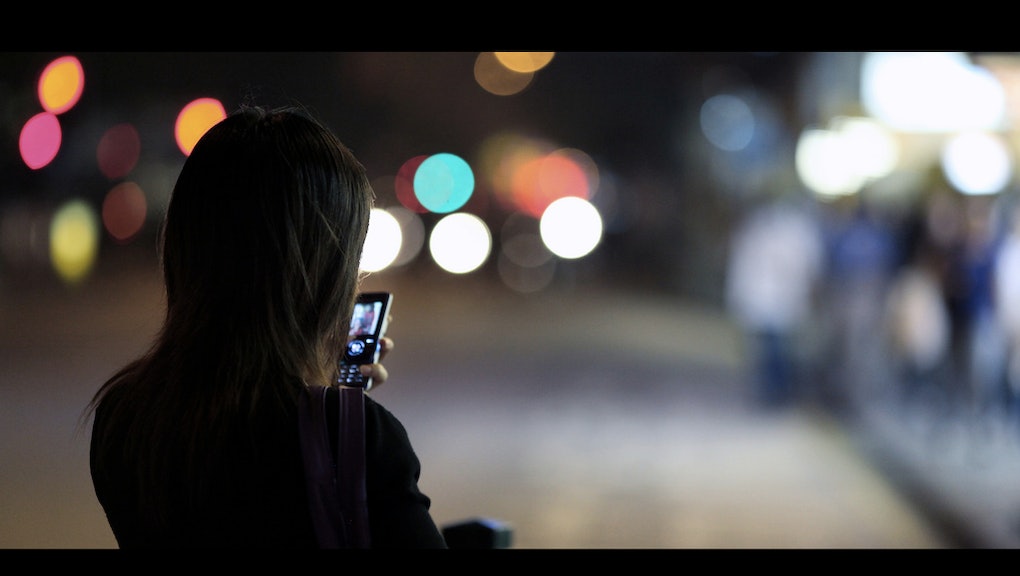 Only one day after news of the horrific double rape case cover-up in Maryville, Missouri, there's another alarming sexual assault case coming out of another school, this time at Ohio University in Athens, Ohio. Similarly to the victim in the Steubenville case, the alleged survivor became aware of her sexual assault after seeing it on social media site Instragram. That's right. This is a thing now. It was only after some of her fellow students literally live-tweeted the non-consensual oral sexual acts and posted it to Instagram, that she knew just what kind of public humiliation and personal violation she had experienced. Ryan Broderick at BuzzFeed took screen-shots since some of the tweets have since been deleted. Why this was tweeted in the first place, is baffling.

BuzzFeed reports that username @kal_vizuals also posted a video of the assault on his Instagram account. The screen-shot shows that one of the comments is "hahahaha" and that the video had already stacked up 43 "likes". Predictably, his account has now been deleted. An Ohio Nightlife account @Athens_Tonight also tweeted the picture, and then proceeded to remove it. Apparently, posting pictures of vulnerable and potentially intoxicated women is kind of their thing, since at the time when this article was written, this was their latest tweet.

The Ohio female who was allegedly assaulted on Saturday night went to the police on Sunday and filed a rape complaint. BuzzFeed reports that the police have seen the video and screen-shots and that they are using them as part of their investigation.

Although it isn't clear if the people involved in the alleged crime were Ohio University students, since the event took place during homecoming celebrations, Andrew Powers, the University Police Chief is leading the investigation. He told the school's newspaper, that he witnessed a lot of "victim-blaming behavior" on social media and while the alleged sexual assault was taking place. "What is more disturbing are the social implications of what it means for someone to have been standing there watching this thing happen, videotaping it with their phone instead of getting involved and trying to help the victim," Powers said.

This case, although still under investigation, bears many similarities with other horrifying cases that took place in Steubenville, Halifax, California, and now Maryville. It exposes a troubling trend that's becoming more and more visible across high schools and colleges in the United States. We now live in a culture where there is inherent virality in female rape and it spreads for all the wrong reasons. Whether it is the assailant who shares the video-graphic evidence, or whether it is by-standers, the reasoning behind capturing and sharing the sexual assault of a woman or girl is usually the same: it is in an effort to humiliate the victim, rather than shame the rapist. This exemplifies the persistence of victim-blaming, making the very real consequences it has on women and girls undeniable. For more on this trend, please read my more in-depth expose on viral rape.

What do you think of the rise of this trend? What explains it and can it be stopped? I want to hear from you. Let me know what you think on Twitter and Facebook.

A previous version of this post included tweets that are still potentially under investigation and that have been removed until there is more evidence. A graphic photo of the assault has also been removed from this article.

Why Rape Prevention Starts With Men