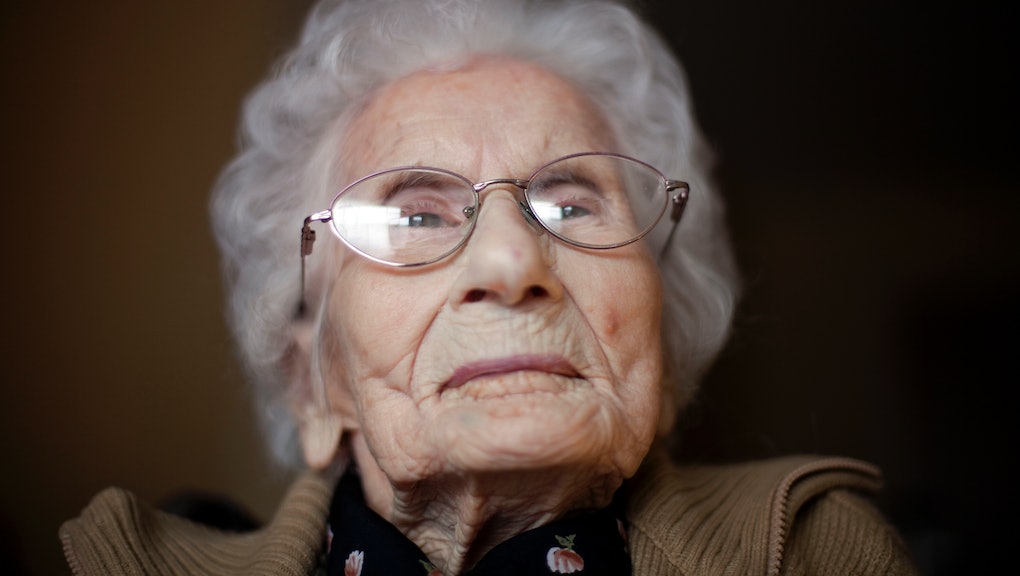 The Disturbing Trend in America We're Not Talking About — Elder Abuse

This article was written in collaboration with PolicyMic pundit Matthew Rozsa.

Elder abuse may not be making national headlines, but it ought to be.

In Mercer County, Penn., a woman was dropped off starving and emaciated because her grandson spent $86,000 of her money on drugs and personal amenities. Across the country in Oregon, four elderly plaintiffs are in the process of suing a retirement community for financially abusing them by tricking them into signing misleading rental documents. Meanwhile, a Georgia woman has been charged with running an unlicensed retirement home in order to financially gouge its elderly residents while neglecting to meet their needs.

The issue goes beyond scamming and shady senior citizen facilities; even legitimate retirement centers often mistreat their elderly patients. One of the writers of this piece witnessed an occurrence involving a gentleman in his 50s, who will be referred to as Moe. Born in Syria and raised in Lebanon, he retained his accent and many of his customary habits even though he has been living in America for over 30 years. Despite having been diagnosed with PTSD and some anger issues, Moe was a great conversationalist and maintained a healthy level of identity, reality, and morality at all times. Nevertheless, he was subjected to cruel mistreatment at the center. One worker in particular liked to tease him by referring to Moe as his "wife" and poking fun at Moe's Muslim heritage, such as offering him pig-based food items and ridiculing how Moe (who wasn't especially devout) would still eat them.

On another occasion, this co-author saw one of the employees rub the stomach of a client after he had finished a meal. After the client made his displeasure apparent and said "don't touch me," the worker simply chuckled it off as a joke while none of his colleagues confronted him about his behavior. In an equally upsetting case, there was another client in his 80s who had a reputation for falling asleep at the center due to his habitual insomnia. There were no rules against this act and for the sake of the man’s health and well-being, his naps should have been permitted. However, workers would repeatedly awaken the man and scold him for resting rather than taking part in activities. Of course, there were very few activities available for the gentleman to join, and so he would fall back asleep and the harassment from the workers would continue. This interruption of his sleep would lead to the man’s further exhaustion and inability to join in other groups that would be beneficial to him.

Indeed, there weren’t many days when there was no evidence of poor treatment. Sometimes it was as low-key as a quip putting down a client that was blown off, but even those acts could not be ignored. After a lifetime of these individuals being told they were crazy, stupid, lazy, ugly … they deserved to be placed somewhere that did not harbor these thoughts and this treatment.

In a recent national study of Adult Protective Services (APS), there were 253,421 reports of abuse of adults age 60+ or 832.6 reports for every 100,000 people over the age of 60. The National Committee for the Prevention of Elder Abuse (NCPEA) is doing its part to prevent abuse of those in late life, such as a committee devoted to contributing research and practice examples to a literature review; and a forum to deepen understanding of the findings and an interdisciplinary training curriculum. They also have training videos and a website, webinars, and presentations. There is still much to be done to deal with the daily abuse of elderly persons. The solution comes from the individual as well — those who witness abuse and are willing to speak up, those who will risk their title and professional reputation to protect the innocent and defenseless. Recognizing abuse is the first step, then confronting it, and finally, reporting it.