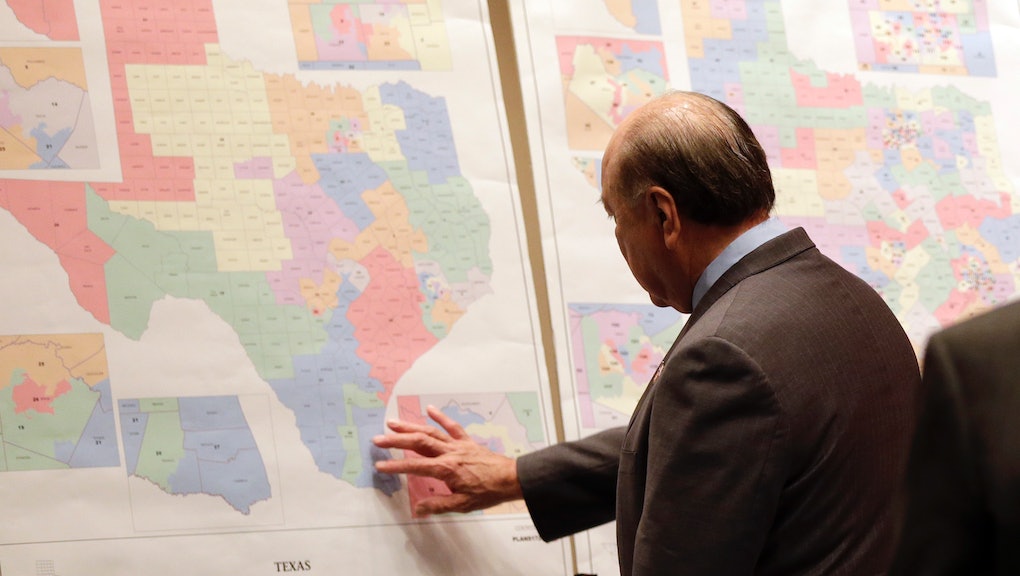 Gerrymandering is a crucial skill for any political mapmakers. As Slate noted, like Ohio's, North Carolina's or Pennsylvania's, a well-thought gerrymander "takes into account how safe the majority party's current congressmen are before it draws districts for the new guys." However, while one argument states that this technical political move caused the current government shutdown by enabling officials to pick and choose voters for candidates, it's more accurately had little effect on how the people in Congress got there in the first place, and on the inner-party tension we see today.

The strongest argument against the existence of politically-conscious gerrymandering is that the country essentially gerrymeanders itself. Including the one-district states like Vermont or Wyoming, countless districts have become politically predictable because Americans have sorted themselves geographically with people who are politically or culturally like-minded. Bloomberg News notes that Florida is a prime example, since Palm Beach County is consistently Democratic and the Panhandle is consistently Republican. Thus, while the state legislature can fine-tune congressional district lines, they don't have enough control over the movement of the public to fundamentally alter the ideological makeup of Congress and therefore its perspectives on today's shutdown.

It is valid to claim that gerrymandering polarizes already set Republican districts since candidates who already have the support of the majority have incentives to appeal to the fringe extremists in their party, which is another condemned cause of our shutdown. Yet, evidence shows that gerrymandering creates only marginally conservative districts rather than heavily conservative ones. Simply put, Republican legislators are looking to draw more districts that lean red rather than ensure the seats they already know swing their direction.

This tactic strengthens numbers in the House and simultaneously decreases the political fear about loosing the majority that traditionally grips leaders of the party like Eric Cantor or John Boehner. Ultimately, their focus shifts towards tending the base in the Republican Study Committee. Their decisions are more likely based on inter-party discussion rather than their effect on the national political landscape.

While this may lead some to think gerrymandering contributes to polarized parties, its impact may not be nearly as big as expected. The Washington Post's Aaron Blake explains that the "GOP majority is safer than it was before has as much or more to do with the fact that they were finally able to pick off all those conservative Democratic districts that should have been theirs to begin with."

In the end, one element is much more related to the shutdown standoff that affects polarization in the House of Representatives: the divergent approach both Dems and the GOP have taken in representing districts that are similar in demographic and presidential voting. Even in the most moderate of districts, representatives from each party still reflect a widening ideological gap in their stance on issues rather than catering to district maps. Sen. Ted Cruz (R-Ky.), a major player in shutdown Tea Party politics, along with Sen. Rand Paul (R-Ky.)and Sen. Mike Lee (R-Utah), all claimed their seats in statewide races where gerrymandering gave them no advantage. Rather, the ideology of House officials becomes increasingly polarized every time congressional seats switch parties. For example, a far-left Democrat will likely be replaced by a far-right Republican.