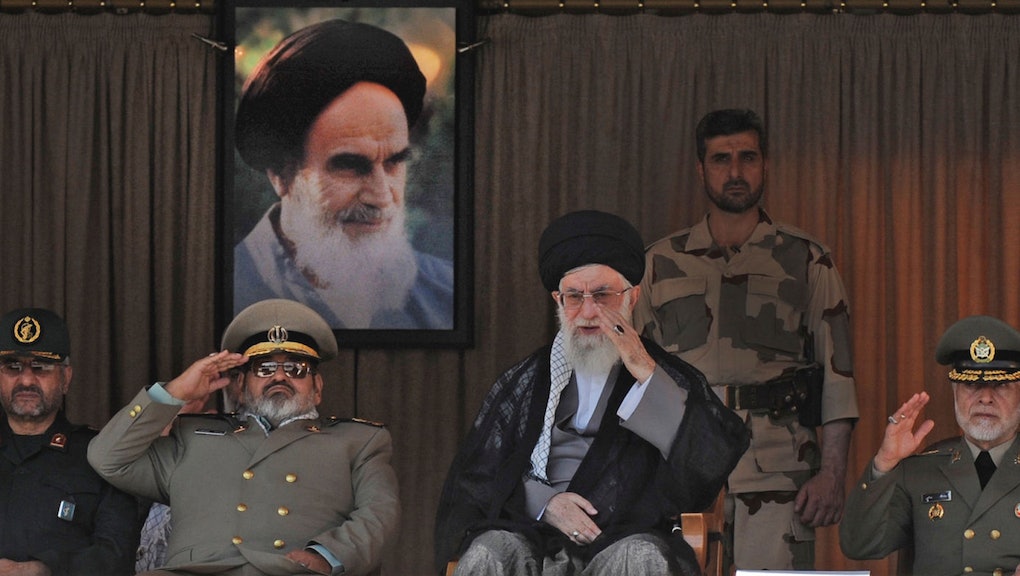 There’s something big going on this week, and nobody is talking about it. On Tuesday, the Iranian government kicked off diplomatic talks with the West in Geneva. There's a strong possibility that the talks will result in historic progress on the Iranian nuclear concern.

"The proposal that we have introduced has the capacity to make a breakthrough," says senior Iranian negotiator Abbas Araqchi.

The P5+1 talks will include senior officials from the five member nations of the United Nations Security Council: U.S., U.K., Russia, China, France, plus Germany as the sixth power.

These talks are, of course, significant because they come after Obama and Iran’s newly elected President Rouhani exchanged friendly words in a telephone conversation last month. Just over two years ago the six-nation talks yielded very little in terms of progress. In January 2011, Foreign Minister Jalili maintained that Iran was in compliance with international law and refused to budge on suspending its entire nuclear program. There were no specifics discussed.

Two years later, there’s a new president, and as such, a new foreign minister who have both expressed an interest in making concessions in order to have sanctions and international penalties lifted slowly.

Also two years later, Iran has fared poorly under ongoing economic sanctions. Put simply, Iran's economy is collapsing. Unemployment is in the double digits. Many supplies and goods are hard to access. The country is debt-ridden. Inflation is high.

Although some of these economic woes can easily be attributed to the economic sanctions, Iran warns that a large part of the reason why the economy is weak is because of fundamentally bad economic policies that are still in place from Rouhani’s predecessor, Mahmoud Ahmadinejad.

A couple of possible negotiated agreements are that Iran would limit its nuclear facilities to two locations, instead of widespread throughout the country. Iran is also prepared to suspend the production of 20%-enriched uranium. This would resolve the concern that stem from the indisputable fact that it’s a relatively easy process to convert 20%-enriched uranium weapons-grade material. lthough Iran probably won't give these stockpiles up, it may agree to greater transparency and international monitoring.

The six powers are looking for a serious proposal by the Iranian foreign minister and looking for a confidence-building plan in order to make progress through the diplomatic route. Such a plan might include suspending nuclear production during the talks.

The Iranians are serious to negotiate, and this was shown Tuesday. Officials said to reporters that for the first time talks were specific and technical.

Their assumed willingness to compromise in the areas of suspending nuclear enrichment and reducing the number of facilities among other things shows an unprecedented and earnest effort to resolve the impasse.

Iran has an economic impetus and mandate from the people for moderation. In order for talks to succeed there needs to be mutual respect and a willingness on both sides to make fair concessions. A lot is riding on these talks and many people are hopeful that these talks will yield positive results, including potentially, a roadmap to resolution over Tehran’s disputed nuclear program.

The telephone conversation between the two Presidents and the meetings between Secretary of State John Kerry and Iran's Foreign minister Javid Zarif is somewhat encouraging when looking at an improving relationship between the two countries, based on mutual respect.

Iran has maintained, rightfully so, that they have a right to a civilian nuclear program. The West needs to acknowledge and respect this right openly. That would go a long way in making these talks worthwhile.

For now, we can safely say that day one of talks is off to a good start.