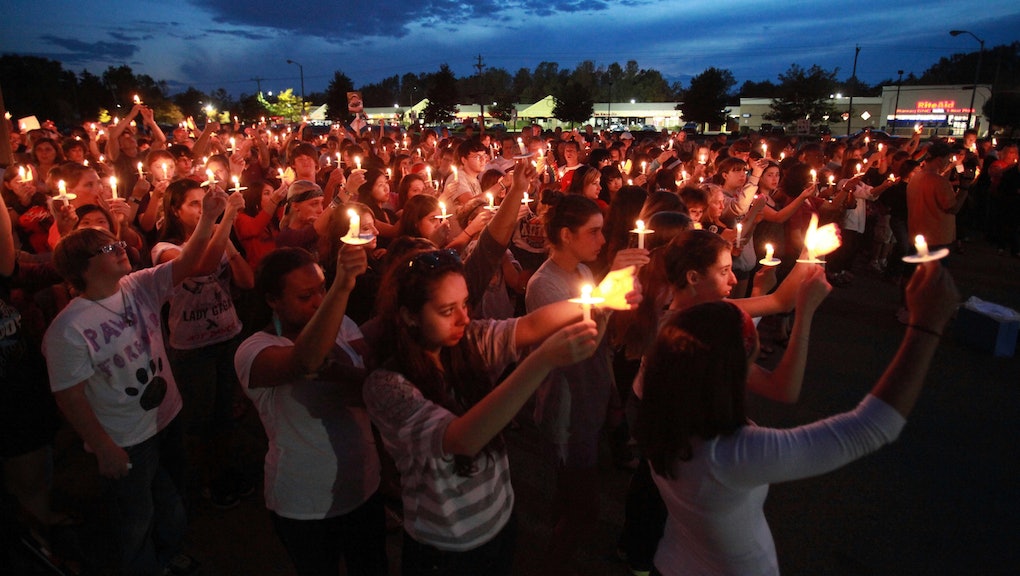 A 14-year-old girl and a 12-year-old girl were arrested in Florida Tuesday for aggravated stalking in connection with the suicide of a 12-year-old classmate Rebecca Sedwick. The police arrested the young women because of a Facebook post in which the older girl admitted to bullying Rebecca. The post read "Yes IK I bullied REBECCA nd she killed her self but IDGAF." The police have interpreted the post as “yes I know I bullied Rebecca and she killed herself I don’t give a fuck.”

The story is an utter tragedy that takes on a surreal feeling when heard in the voice of a middle aged police officer. Rebecca had been romantically involved with a boy who then went on to date the older bully. The bully apparently harbored resentment towards the ex of her new boyfriend. As a result, she went to Rebecca’s best friend and convinced her to turn on Rebecca. Together the new girlfriend and the ex-best friend physically bullied and emotionally tormented Rebecca.

On September 9, Rebecca’s mother called the sheriff’s office when her daughter went missing. The police were unable to locate Rebecca at any of her friend’s houses and detectives were called in to assist with the search. At about 2:00am on September 10, a sergeant and a detective found the dead body of the 12-year-old at the bottom of the base of an abandoned cement plant. Rebecca had committed suicide by jumping to her death.

Florida state law does not provide criminal punishments for bullying. Though the girls have admitted to harassing Rebecca, there is no means of making them criminally liable for her death. The girls’ actions harassing Rebecca at school and online are the basis for the stalking charges against them. However, had this case taken place in a jurisdiction with criminal bullying statutes, the outcome would have been different.

A controversial new anti-cyber-bullying statute was signed into law by California Governor Jerry Brown law week. The new law permits schools to suspend or expel students who engage in cyber-bullying outside of school. Proponents believe that the bill simply updates the existing statutes to match new technology, while opponents feel that the punishments are too harsh for children. In Rebecca’s case, the new law might have saved her life.

One of the principle reasons that victims of abuse do not report their abusers is fear of retaliation. This is an especially grave concern for young victims who live in small communities with few options. For a 12-year-old who is facing harassment from her classmates, asking for help could be unthinkable. If Rebecca had known that her tormentors would be expelled after their first offense, maybe she would have stood up.

Zero-tolerance policies are extremely harsh. It is difficult for most people to understand why they would be necessary within a school. But the policies don’t exist to unfairly punish offenders. They are enacted to assure that victims can trust their only options. Rebecca’s story is all too common today. The law needs to protect vulnerable young lives.