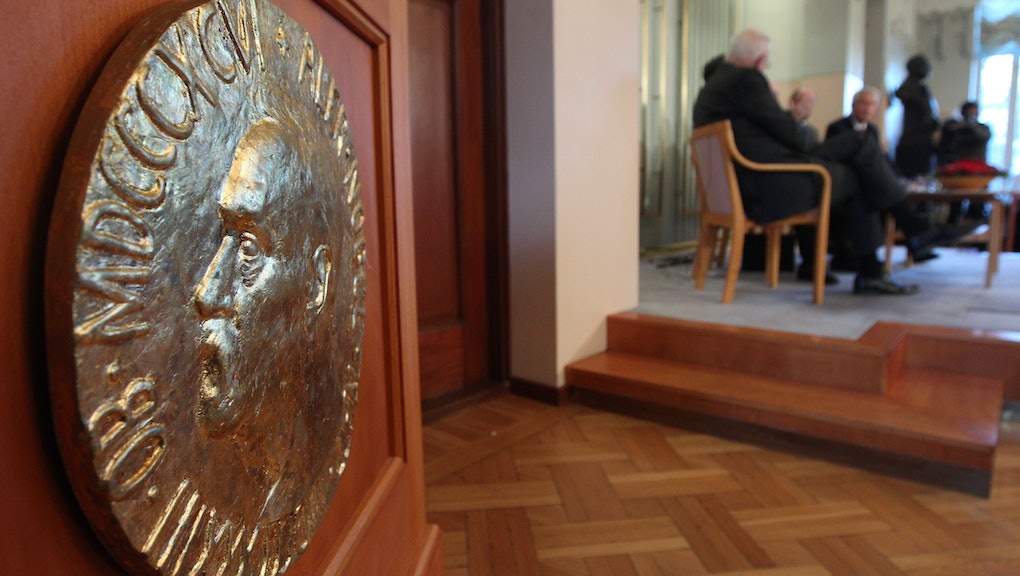 Next Nobel Prize Awards Should Include a Brand New Category

Concerned about his posthumous reputation, Alfred Nobel provided in his last will for a foundation to create a series of prizes for those who confer the greatest “benefit on mankind” in physics, chemistry, peace, physiology or medicine, and literature. Today, the Nobel Prize is considered one of the most prestigious awards on the globe, with the conference of the Nobel Peace Prize considered the highest honor someone can receive. But the categories of prizes seem to ignore an important area of human development — that of innovation in technology.

Other gaps in areas of accomplishment were recognized after the Second World War. The Sveriges Riksbank donated a large sum of money to set up a Nobel Memorial Prize in Economic Sciences, to be awarded along the original Nobel prizes starting in 1968. The addition was not without controversy, and the Board of the Nobel Foundation decided that it wouldn’t allow any new prizes.

It also hasn’t gone unnoticed that over the years, the annual prizes have been disproportionally awarded to discoveries rather than inventions or innovations. Within physics, for example, 77% have been given to discoveries, exposing the Nobel Foundation to criticism that the award has moved away from its original intention of rewarding the greatest contribution to society.

While discoveries might help scientists decide what to investigate next, more advances in innovation enable a method of science that looks at everything, on the theory that enormous masses of data will aid discovery. This “big data” approach to discovery is being used across many disciplines, especially in business.

Some aren’t waiting for the Nobel committee to change its mind on its approach to including innovation. The UK has gone ahead and created the Queen Elizabeth Prize for Engineering.  This prize awards innovation in engineering, which provides a global benefit to humanity.  Launched in 2011, the inaugural award was this year in London. Fittingly, the prize went to the team that created the internet and the World Wide Web. It’s not hard to imagine the United States following and creating a prize for innovation in business, which has also greatly benefited humanity.

Nobel was himself an engineer and scientist who invented dynamite and ran the family munitions business and later Russian oil businesses. Although he highly valued his expertise in chemistry in the development of munitions, it was equally important for him to use his engineering skills to develop the mechanisms and devices needed to make the product workable on the market. Likewise, today most breakthroughs and discoveries would not be possible without innovations in engineering. Without high-powered microscopes, telescopes, computers, and networks, today’s discoveries in chemistry, physics, and medicine would not be possible.