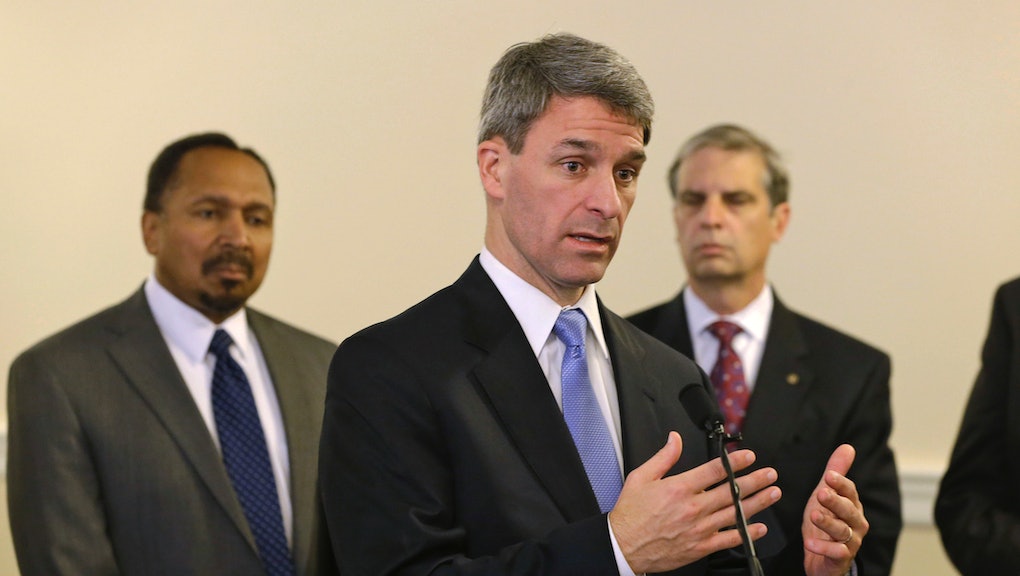 What good is opposition research if it doesn't highlight and exploit candidate weaknesses? Democrat Terry McAuliffe's campaign seems to have come across a goldmine to do just that in response to Republican Attorney General Ken Cuccinelli's bid for governor of Virginia.

Cuccinelli spoke last year at the Christian Life Summit about his views on the Catholic Church and abortion. While it's well known he prides himself on his pro-life stance and Christian values, the general public may be surprised to find out just how close his relationship with God is. It's so close he has insight others have not been privy to regarding how strong the judgment of God can be — a judgment that extends beyond individuals, but is applicable to nations as a whole. God looks down on the United States in particular for its liberal policies on abortion, and Cuccinelli is surprised "God has not yet 'imposed' more judgment" on the States.

"Really, Given that God does judge nations, it's amazing that abortion has run as far and foully as it has, without what I would consider to be a greater imposition of judgment on this country," Cuccinelli said. "Who knows what the future holds?"

He states that in order to prevent the implementation of future plans, society needs to warrant God's blessing through their "Christian duty". If one of the United States' founding principles is the separation of church and state, how exactly is this nation supposed to adhere to this supposed duty?