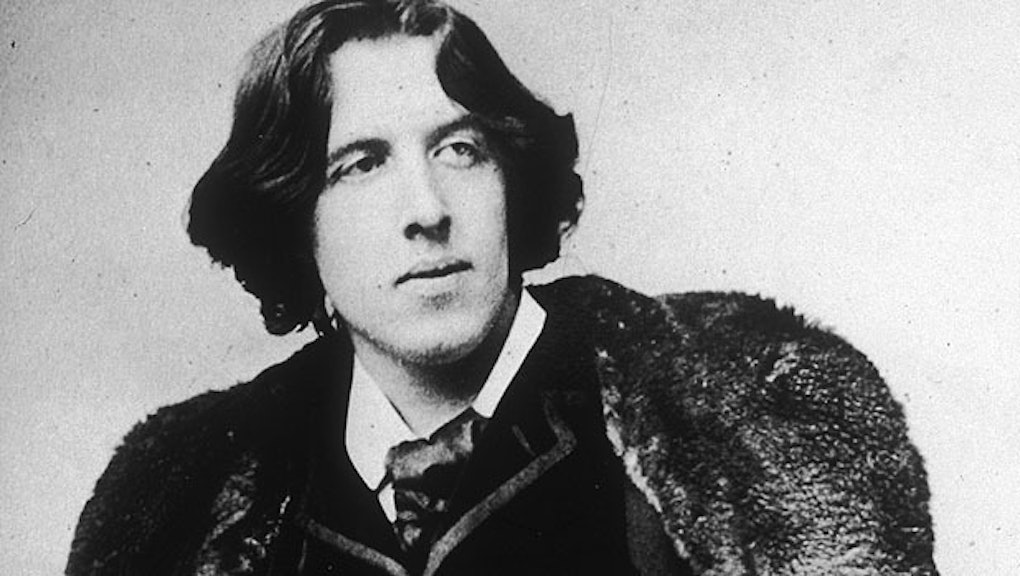 Oscar Wilde Was Arrested for Homosexuality, His Heartbreaking Quote Shows How Far We've Come And How Far We Still Need to Go

“On November 13th, 1895, I was brought down here from London. From two o’clock till half-past two on that day I had to stand on the centre platform of Clapham Junction in convict dress, and handcuffed, for the world to look at. I had been taken out of the hospital ward without a moment’s notice being given to me. When people saw me they laughed. Each train as it came up swelled the audience. Nothing could exceed their amusement. That was, of course, before they knew who I was. As soon as they had been informed, they laughed still more. For half an hour I stood there in the grey November rain surrounded by a jeering mob.

For a year after that was done to me I wept every day at the same hour and for the same space of time." — Oscar Wilde

This statement by one of history’s greatest playwrights refers to Wilde’s arrest for “gross indecency with men,” a charge for which he was convicted and sentenced to two years in prison. In tribute to Wilde’s 159th birthday today, I use his poignant statement not only to illustrate how far the world has come in treating LGBTI people with dignity and equality, but also to show how far we still need to go.

2013 has been an unprecedentedly historic year for LGBTI people throughout the world. In June, the United States Supreme Court issued a critical decision that declared the part of the 1996 Defense of Marriage Act denying same-sex married couples federal marriage benefits unconstitutional. This landmark decision immediately opened the door to over a thousand marriage benefits that married same-sex couples can now enjoy in full equality with their heterosexual counterparts. Elsewhere in the world, countries made even greater strides. This year, Brazil, France, New Zealand, Uruguay, England, and Wales granted full legal recognition to same-sex marriages.

Also, unlike in Wilde’s time, today openly gay writers — not to mention actors and musicians — are prominently featured in popular art and entertainment that the U.S. and Europe export to the rest of the globe. Even an openly gay “average Joe” with access to the Internet can make his or her ideas known to the world. More and more, gay celebrities and celebrity-hopefuls are proudly coming out of the closet much earlier in, or even at the very start of, their careers. In the past two years in particular, an unprecedented number of athletes have shared their sexual orientation publicly. And no longer must ideas about homosexuality be carefully hidden within an art work’s subtext and mired by rewrites if it is too revealing (as Wilde’s lone novel, The Picture of Dorian Gray, was). Though some say that gay characters remain underrepresented in the media, we live in an age in which gay characters in hugely popular programs like Glee and Grey’s Anatomy are series regulars with relationships featured prominently in recurring story lines.

But as Sir Isaac Newton taught us, for every action there is an equal and opposite reaction. While the Western World has been increasingly accepting of homosexuality as an equal and appropriate way of life, other countries around the world are creating even greater restrictions on people’s freedom and dignity. Russia’s recent anti-gay “propaganda” laws prevented any kind of open discussion on any LGBTI-related topic. Uganda’s incredibly alarming Kill the Gays Bill, which is set to make homosexual acts punishable by death (they are already punishable by prison sentences), remains in legislative limbo and is eventually due for a vote. In fact, consensual same-sex relationships are a crime in 76 counties. Even in the West, there are reactionaries that are committed to reversing the forward march of equality. For instance, there was a series of vicious attacks against gay men in New York City over this spring and summer resulting in serious injuries and one death. New York is home to many LGBTI people and probably also the largest collection of liberals anywhere in the U.S., but even here discrimination continues. Moreover, conservative politicians like New Jersey’s governor Chris Christie continue to attempt to defeat judicial decisions or voter initiatives that would grant legal recognition of same-sex marriage.

If Wilde were alive today, he likely would not have faced the grave humiliation he was subjected to in 1895. It is truly remarkable how much progress has been made in a little over a century — much of that progress having been made in the last half-century — but it is important to remember that in many places in the world today, people still would not bat an eye at Wilde’s treatment.