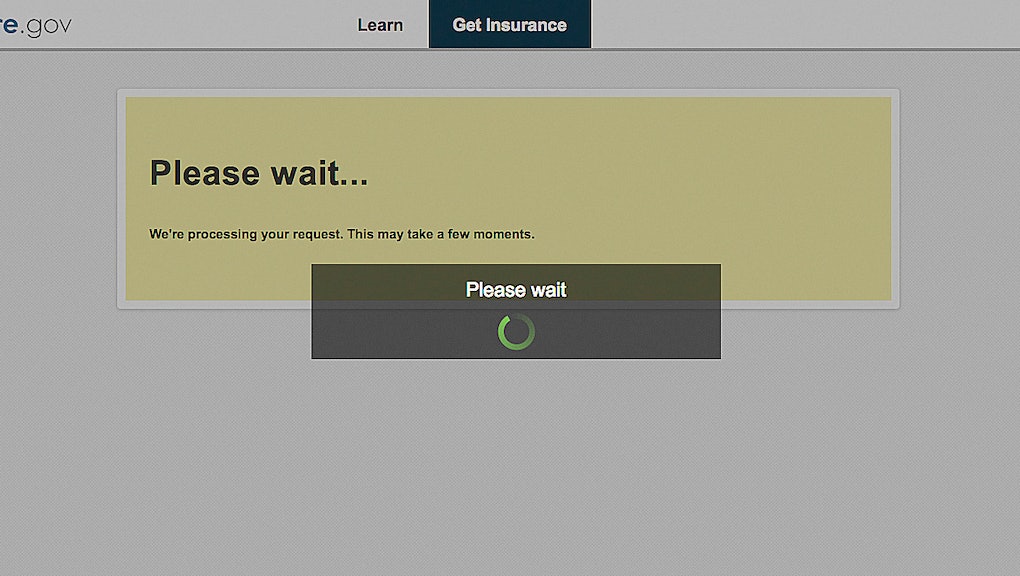 The Traffic Numbers For Healthcare.gov's First Week Are Disastrous

As of Oct. 1, uninsured Americans can purchase healthcare under the Affordable Care Act. Unfortunately, the medium through which to do that, Healthcare.gov, was woefully unprepared for the amount of traffic it received.

The new website sought to create an online marketplace where uninsured Americans could purchase government-subsidized plans and compare their prices to privately-run plans. The ACA also expands Medicaid coverage to low-income families.

Healthcare.gov received more than 9.47 million visitors its first week, but only 36,000 visitors were able to enroll in government-subsidized insurance plans. Visitors faced several glitches and site outages. U.S. Chief Technology Officer Todd Park attributed the bugs to the large volume of visitors, and said that the site is otherwise functional.

While site officials expected to receive 50,000 to 60,000 concurrent users, there ended up being 250,000 visitors at once. The unanticipated demand inevitably caused the website to crash.

Healthcare.gov redirected visitors to the state-run insurance exchanges, which fared slightly better. The site is now undergoing maintenance at off-peak hours to increase its user capacity.