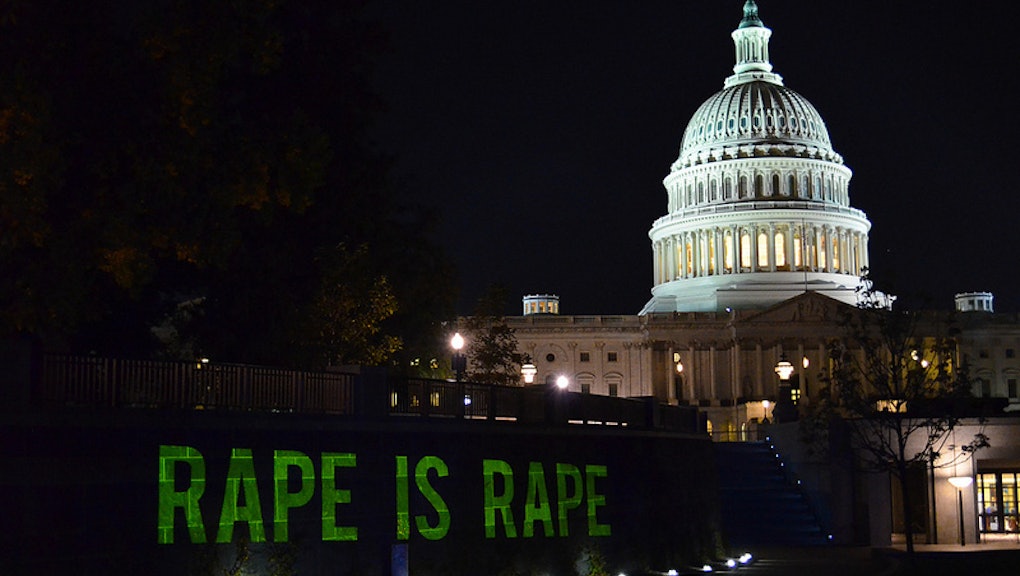 College Women Should Not 'Stop Getting Drunk' To Prevent Rape

As a teenager, I was constantly instructed to be mindful of my attire. In my church’s youth group, we were advised that "modest is hottest," and that by dressing like godly young women we would be protecting our male friends from "temptation." The conversation was predicated on good and proper behavior for females, while males were painted as creatures of hormones and sexual desire. If we, as young women, followed the guidelines laid out for us, we would be safe from male lust.

I was reminded of these lectures this morning after reading Emily Yoffe’s story for Slate, "College Women: Stop Getting Drunk." Here, the responsibility for male behavior is placed on women. Here, we are given false of hope of safety if we merely avoid certain behaviors.

Here, the problem of sexual assault on college campuses is reduced to a mother’s advice to avoid parties and drinking.

"Don't get drunk" and "modest is hottest" both speak to a desire of elders to protect "helpless" young women by controlling us. If you do mess up, then sexual assault is your fault. It also provides us with a shaky, and faulty, promise of safety.

Avoidance of a particular activity is not a preventative measure against sexual assault. If it was, I would not be a survivor of sexual assault. Yoffe’s patronizing logic of avoidance erases my story, and the stories of other survivors. She eliminates the agency of rapists by claiming that binge drinking allows for assault to occur. Rapists choose to rape and assault. They are solely responsible for the crime of sexual assault. As a victim/survivor, I am not.

While the percentage for rape on college campuses is high, this is not just the problem of young adults, as Yoffe’s focus on college girls and "drunken frat boys" suggests. Sexual violence can occur at any place, at any time, and by committed by all types of individuals with all kinds of relationships to the person they rape, including strangers, close friends, partners, relatives, and parents. By narrowing her focus to the party scene, Yoffe suggests that sexual violence occurs only among students who participate in this scene.

This again erases the experiences of survivors such as myself, who followed the "rules."

I was an honors student who did not party. I listened to the advice of those like Yoffe, and believed that my chances of staying safe were greater if I avoided particular behaviors. Within my first semester, I was assaulted by my then-boyfriend. All the watchful and careful advice I had received was valueless.

If anything, prescriptive advice like Yoffe’s cause more harm by blinding young women (and men) to situations which carry equal, if not greater, potential for sexual violence. According to RAINN, 2 out of 3 of rapes are committed by someone known to the victim, and 28% are in a relationship. Yoffe ignores these statistics, setting up party scenarios with "drunken frat boys "or "shrewd — and sober — sexual predators." Her language suggests that rapists are Law and Order: SVU-type perpetrators shady strangers. While this may be factual in some cases, it is not the over-arching reality.

Ultimately, the narrative that Yoffe tells fosters a culture hostile to stories that do not align with it. My story idoesn't exist within her framework.The most effective measure for preventing rape as political analyst Zerlina Maxwell pointed out earlier this year, is to "teach men not to rape."

I will not allow another article to erase my experience, and the experiences of other survivors, female and male. Ultimately, it is our voices that count in combating rape culture — not how much we drink.