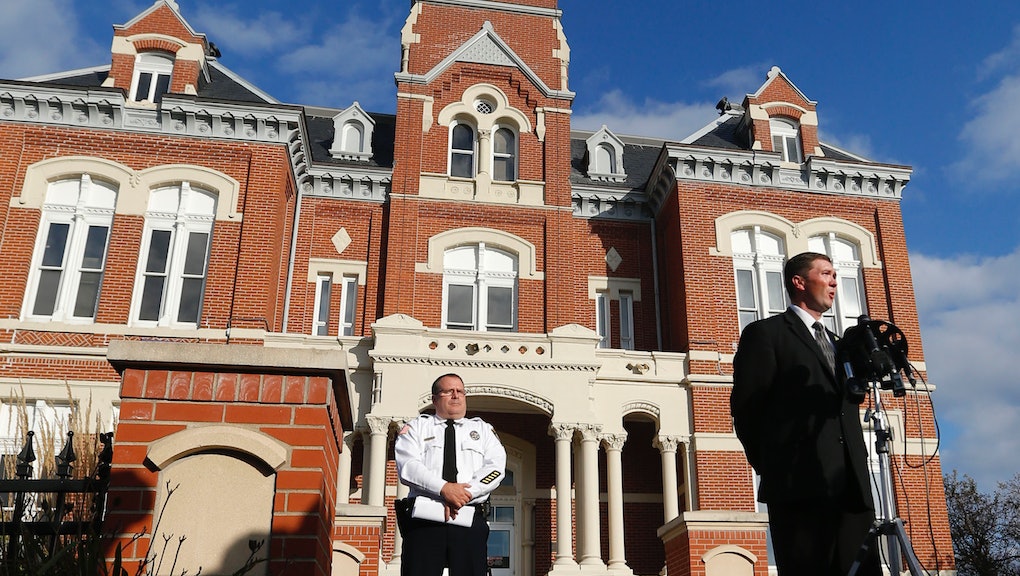 Maryville Rape Case: How the Internet Intervened, Saved the Day at Steubenville 2.0

The Maryville, Missouri rape case has taken the internet by storm over the last few days. Feminist and political blogs, the hacker collective Anonymous, and Twitter users (see #JusticeforDaisy and #OpMaryville) have harnessed and directed their rage— leading to some spectacular results.

On Tuesday, Missouri Lieutenant Governor Peter Kinder called for a grand jury to convene in Daisy Coleman’s case, illuminating the collective power that blog posts, tweets, and Internet-fueled activism can have —sometimes even over politicians and mainstream news sources.

The story, which has received national attention, is sadly familiar. Matthew Barnett, a 17-year-old high school football player, was accused of raping 14-year-old Daisy Coleman after getting her drunk to the point of unconsciousness. He then left her outside her home in 22-degree weather for hours, where she was found by her mother early the next morning in only a T-shirt and sweatpants. A friend of Barnett’s also raped Daisy’s friend, who was 13, and has just recently spoken out about what happened to her.

Barnett was arrested and charged with sexual assault and endangering the welfare of a child, but the charges were then dropped without explanation. Vicious victim-blaming engulfed the entire case, and the Colemans were heavily ostracized in their small town, eventually forced to relocate. Since the assault, Daisy has attempted suicide twice. Barely receiving a slap on the wrist, Barnett is currently enrolled at the University of Central Missouri.

After the story initially broke in the Kansas City Star on October 12th, it took only days for students, activists, and others to get heavily involved via the internet. A Change.org petition called for a second look at the case. Anonymous members demanded an immediate investigation of the decision to drop the charges and circulated plans for a live demonstration. Activists targeted Maryville county prosecutor Robert Rice, insisting that he reopen the case, and called on Missouri Attorney General Chris Koster to make Rice do so. The government offices of Maryville, a city of 12,000, were drowning in calls, emails, and social media comments demanding a re-opening of the case. And in the end, they got what they wanted. As one of the Anons who started the hashtags told Slate: there’s formal power, and then there’s influence.

It’s no secret that much of today’s most engaging dialogue on rape culture, consent, and sexual assault happens online.

And in this case, as with Steubenville, as with Rehtaeh Parsons, the internet is increasingly becoming a platform for political action as well as discussion, and one that is decidedly youth-led.

Interestingly, a recent study shows that the majority of American Twitter users are politically liberal. Social media allows the public to create a rapid and massive response to an event — a response that is increasingly hard to ignore.

In Kinder’s statement regarding the investigation, he worries that the case could taint the reputation of the state of Missouri: “Since Sunday I have read with growing dismay the media accounts of the Daisy Coleman case...facts revealed in exhaustive media reports, including the 4000-word piece in the Kansas City Star, raise all kinds of questions that it is now clear won’t be put to rest. These questions will fester and taint the reputation of our state for delivering impartial justice to all.”

Hopefully the social media uproar around Daisy’s story will continue to bring attention to the slutshaming she endured, and deliver the appropriate punishments to her perpetrators.

As the story unfolds, one thing is certain: the internet will be paying attention.