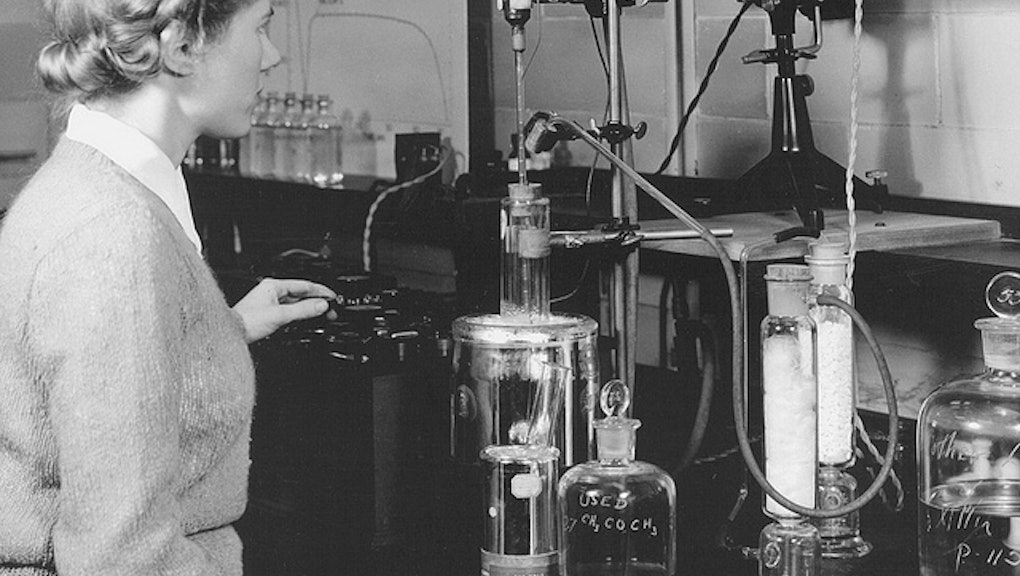 'Scientific American' Controversy Shows the Sexist Side of Science

It takes courage to write about your personal life online. Dr. Danielle Lee knows that better than most of us. When the scientist and blogger’s post about online sexual and racial harassment was taken down by Scientific American, the incident went viral, and Dr. Lee’s public statement became, well, even more viral.

Dr. Lee’s piece has since been reposted, but the chatter hasn’t really calmed down. (Here’s a great recap by Maryn McKenna at Wired.) And for good reason. The post shouldn’t have been removed in the first place, and the initial reasons given by Scientific American editor-in-chief Mariette DiChristina only made the situation worse. She called the magazine "a publication for discovering science," via a Tweet. "The post was not appropriate for this area & was therefore removed."

Oy. I take great offense at the implications of DiChristina’s words. As McKenna argues in her blog, "Who does science, and what barriers they encounter as they try, is an integral part of the conduct of science." DiChristina’s tweet contains the implicit assumption that Dr. Lee’s personal experiences as a scientist are not a valid part of her work as a scientist.

It’s incidents like these that remind me that writing about myself is not merely an exercise in narcissism. The public/private divide in journalism is one I constantly struggle with, especially as millennials are criticized for oversharing. Like scientists, journalists are pressured to be unbiased in their professional lives. Yet, it is our personal lives that create and continually influence the professional.

As McKenna points out in her blog, there’s really no separation between the science and the scientist. Social biases like sexism and racism are present even in fields committed to "objectivity," because the idea of "objectivity" is based upon a "right" and "rational" point of view defined by those in power.

Several scientists have done powerful work proving how institutionalized ideas of what is "objective" and "unbiased" actually work in opposition to anyone with a minority point of view. In Delusions of Gender, Cordelia Fine looks at how sexism influences scientific conclusions, especially in research on gender differences. Dr. Kristin Shrader-Frechette criticizes the idea that scientific neutrality should prevent scientists from speaking up about "right" and "wrong."

Dr. Lee does a great job dismantling these biases as both scientist and journalist simply by writing about them. It’s one thing to see statistics about harassment (or car accidents, or illiteracy); it’s another to read (or see, or hear) the situation applied to an actual, identifiable person.

Readers know this person is hurt; her original blog is painful to read.

We’re really, really bad at recognizing our own biases. As a result, sharing personal experiences, especially difficult ones, is important. Dr. Lee’s piece is so powerful particularly because both her voice and her outrage shine through. "Serious" outlets, including science outlets, ought to publish more of this writing as journalism. Never mind the flimsy excuses. Dr. Lee's voice needs to be heard.