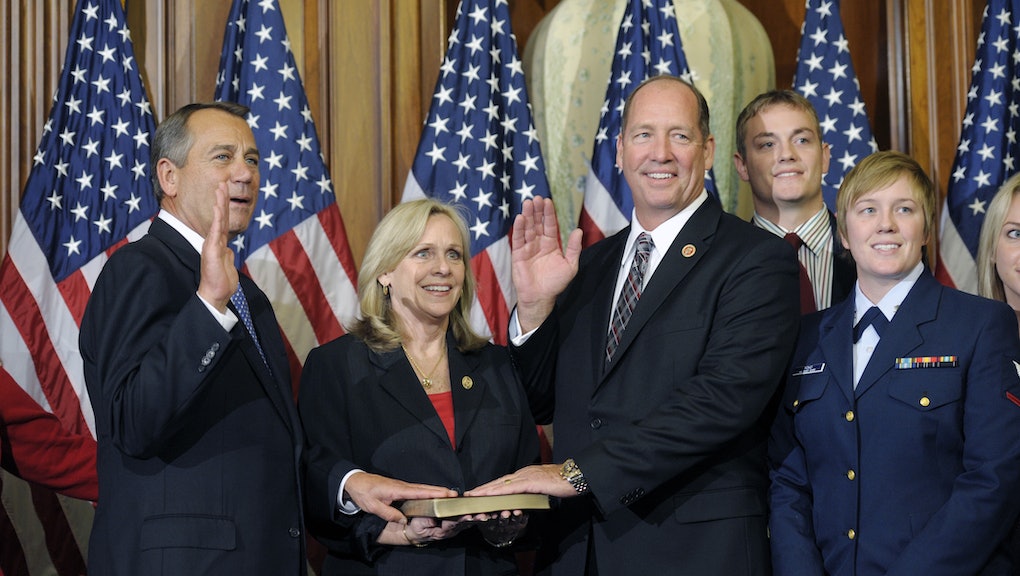 A Pew Research poll released on Tuesday revealed an interesting insight into the minds of Republican congressmen: maybe they're just listening to their constituents. The poll found that 52% of Republicans believe that the "country can go past [the debt ceiling] deadline without major economic problems." Only 37% believed it was "absolutely essential to avoid an economic crisis." A majority of Republicans believe it's fine for us to go past the debt limit!

This is exemplified by the poster-boy of the pro-default group, Rep. Ted Yoho (R-Fla.), who argued that breaching the debt ceiling "would bring stability to world markets." This is unanimously refuted by economists and investors across the political spectrum, but Business Insider's Brett Logiurato took a trip down into Yoho's district and found out that many of his constituent's share his opinion. They don't believe the dire warnings that a default would bring about an international financial crisis. Yoho is simply echoing those beliefs.

While Yoho and the rest of the Tea Party have been using the government shutdown and debt limit to extort policy concessions out of the president, this poll demonstrates why they are so willing to breach the debt ceiling. Many congressmen are representing districts where the threat of default doesn't scare them. Many of their constituents are not only looking for their representatives to do anything in their power to stop Obamacare, but they also don't fear a default. That's a dangerous combination.