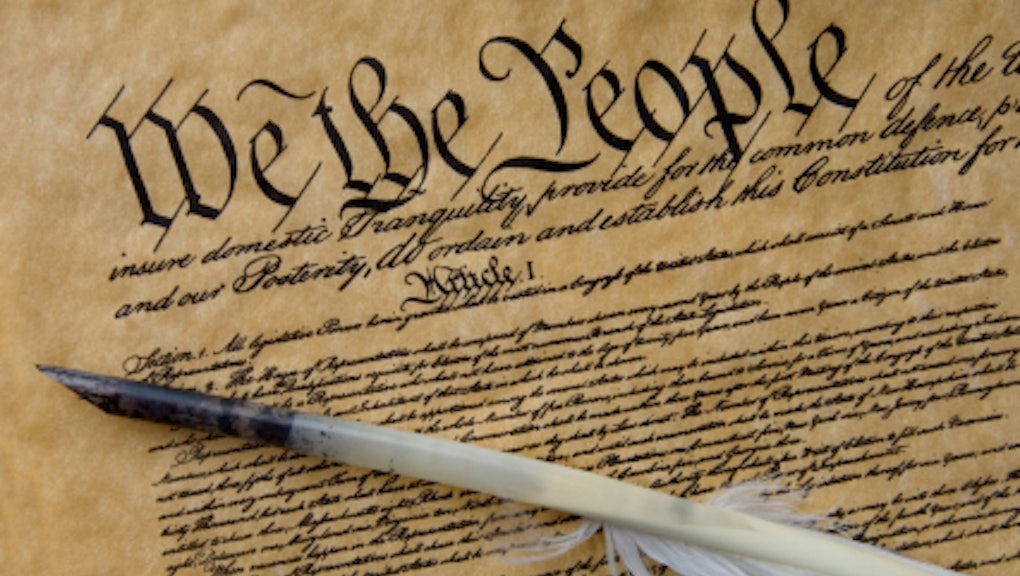 What Would Happen if America Defaults On Its Debt? Here's What Obama Could Do

For the first time in history, the United States of America is prepared to default on the national debt.

We had paid back our Revolutionary War Debt to the penny. Despite the incredible cost and brutality of brother-on-brother violence during the Civil War, President Lincoln considered national default unthinkable. And even though our debt at the end of World War II peaked at more than 100% of our GDP, Presidents Franklin Roosevelt and Harry Truman never missed a single payment deadline.

But on Friday morning, the day after we hit the debt ceiling, President Obama grimly announces that due to the apocalyptic wishes of the Tea Party wing of the Republican Party (more than half of which in a poll just three days earlier supported national default), the United States of America, the richest country on earth, is legally unable to pay its debts as they come due. The attorney general, after carefully examining the law and finding no legal grounds to prioritize bondholders over any other creditors authorized by law, instructs the Treasury Secretary to pay debts on a first-incurred basis as money is available from daily tax receipts. And for the first time in American history, just as Social Security checks are stopped, bondholders do not get paid the money they are owed on short-term Treasury Bills.

The Dow falls 700 points in one hour, forcing the New York Stock Exchange to halt trading. Interest rates skyrocket, as bondholders quickly sell every Treasury Bill they can at 90 cents, then 80 cents, then 70 cents on the dollar. China cashes in $1 trillion in T-Bills, causing interest rates to hit 10% and then 20%. Ted Cruz gleefully declares,”The Apocalypse is here. This is what happens when Republicans stick together. President Obama must resign now. If he does not, we will continue the default until he does!”

The president of the United States is stunned that he called the Republicans' bluff and they weren't bluffing. He is stunned to find out Speaker John Boehner really did care more about his job than the well-being of the American people. He is stunned that even after this catastrophe, Boehner still won't let the majority of the House of Representatives vote on the Senate's repeated attempts to raise the debt ceiling. Blinking back tears and frankly still a little bit in denial, the president retires to the Oval Office all alone. He angrily knocks all the papers off his desk, leaving only his personal, dog-eared copy of the Constitution, the one he kept in his pocket when he used to teach Constitutional law. He almost absent-mindedly flips through it.

And then he remembers something.

Quickly, he turns to the Fourteenth Amendment of the Constitution and re-reads Section 4:

The validity of the public debt of the United States, authorized by law, including debts incurred for payment of pensions and bounties for services in suppressing insurrection or rebellion, shall not be questioned.

Sure, that amendment was passed after the Civil War to pay Union debts. But the text does not solely refer to that situation. And wasn't there a Depression-era case that said Congress had no authority to default on the national debt? The president jumps up quickly to grab an old law book on an Oval Office shelf, nearly tripping over a startled Bo curled at his feet. Yes. There it is! Perry v. United States (1935), where the United States Supreme Court rejected the government's contention that “Congress can disregard the obligations of the government at its discretion”:

“We do not so read the Constitution. [When Congress] has borrowed money under the authority which the Constitution confers[..., Congress is] without power to reduce expenditures by abrogating contractual obligations of the United States.... Congress has not been vested with authority to alter or destroy those obligations.

The President slams the law book shut and sprints to the Rose Garden, nearly tripping over Bo again, who yelps excitedly. He declares a news conference will occur in 60 seconds, barely giving resident cameramen enough time to turn around to film him as every TV station breaks into its regularly scheduled programming:

The Dow shoots upward. Interest rates decline sharply. The premier of China buys back his American bonds. The run on banks ends. Senator Cruz shakes his finger angrily to the cameras, “You have not heard the end of me, you dictator!”

There is an unconfirmed report that soon after the Supreme Court ruling, Chief Justice Roberts told one of his law clerks: “You think I'm going to be blamed for the nation's first default and a worldwide economic crisis? Hell, no!”