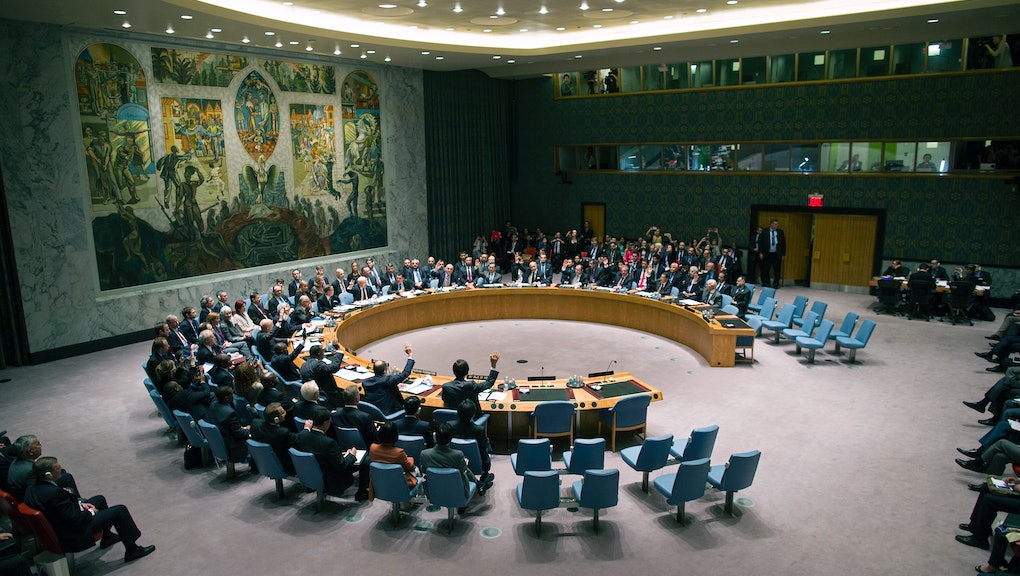 What do Syria, Kenya, the Central African Republic, and Iran have in common?

The answer is that these states, among others, have catapulted the United Nations Security Council into the forefront of the world’s affairs. The body, along with the rest of the UN, lost a great deal of its prestige and power in the early 2000s. Recent events such as chemical weapons, Kenya’s International Criminal Court saga, the Central African Republic's coup, and Iran’s ongoing nuclear drama have once again placed the UN and its member states at the center of international affairs. On Thursday, under this backdrop, the UNSC will have its annual elections.

As a matter of background, the Security Council has 15 members. This includes the five permanent veto-holding members (U.S., UK, France, China, and Russia) and 10 other rotating seats. These 10 are elected by the General Assembly and come from five separate regional blocs: Africa (3 seats), Asia-Pacific (2), Latin America and the Caribbean (2), Western Europe and Others (2), and Eastern Europe (1). Five of the 10 seats are up for grabs every year, with overlapping two-year terms. This year’s elections, for a term beginning on January 1, 2014, feature an Eastern European seat, a Latin American/Caribbean seat, an Asian-Pacific seat, and two African seats up for grabs. In an interesting idiosyncrasy of UN rules, countries cannot stand for seats they just vacated. This means that come January 1, 2014, Azerbaijan, Guatemala, Pakistan, Morocco, and Togo will not occupy the UNSC’s hallowed chambers.

While one would expect, based on the complex and fascinating decisions that will face the UNSC, hotly contested elections, this simply is not the case. In fact, of the five available seats, three are going fully uncontested and one more is de facto uncontested. Chile, Lithuania, and Saudi Arabia will run uncontested for the Latin America/Caribbean, Eastern European, and Asian-Pacific seats respectively. The two available African seats are sought by Nigeria, The Gambia, and Chad, with Nigeria and The Gambia standing against one another and Chad running de facto uncontested. For these two seats, the African Union has endorsed both Chad and Nigeria.

There we have it. As of January 1, 2014, the UNSC will have representatives from Chile, Lithuania, Saudi Arabia, Chad, and either The Gambia or (much more likely) Nigeria.

The question that's often posed is what factors other than geography should play in elections to UN bodies. One of the factors most often pointed out is the habitually shameful human rights record of members of the world’s most important intergovernmental bodies. This has been a major issue throughout the UN’s history, often causing some awkwardness (at the very least), such as Rwanda’s presence on the Security Council in 1994 as the country perpetrated a genocide.

How do the human-rights records of the new crop look?

Obviously, with so few countries, these numbers can be driven up based on the bad acts of a small number of states. In the incoming crop, the actions of Chad, Saudi Arabia, and either Nigeria or The Gambia are responsible for the relatively poor ranking. As detailing the human-rights abuses of these states would use up the entirety of space on the internet, suffice it to say that Freedom House has this one right.

Should this mean that these countries cannot serve on the UNSC?

Many human rights advocates make the case that if human rights violators are on the UNSC it will normalize human rights violations and make collective, UN-sanctioned action against human rights violators more difficult. This argument is a bit of a straw man. It implies that if the world’s most free states were elected annually to serve on the UNSC, human rights intervention would become easy or the world would view serial violators more harshly. This argument is belied by the difficulty of undertaking even non-UN sanctioned action in situations of grave human-rights violations. For every Libya there is a Syria, a Sudan, or a Rwanda, where the international community twiddles its thumbs as a despotic ruler slaughters his own people or a group takes up arms and attempts to wipe another group from the face of the Earth.

The Security Council is the most important body in the United Nations, itself a body founded on the idea that communication and interaction between all states is fundamentally good thing. The isolation of human rights violators does not make action against them easier or shame them. It merely pushes them away from a table where they may be convinced to stop the horror.