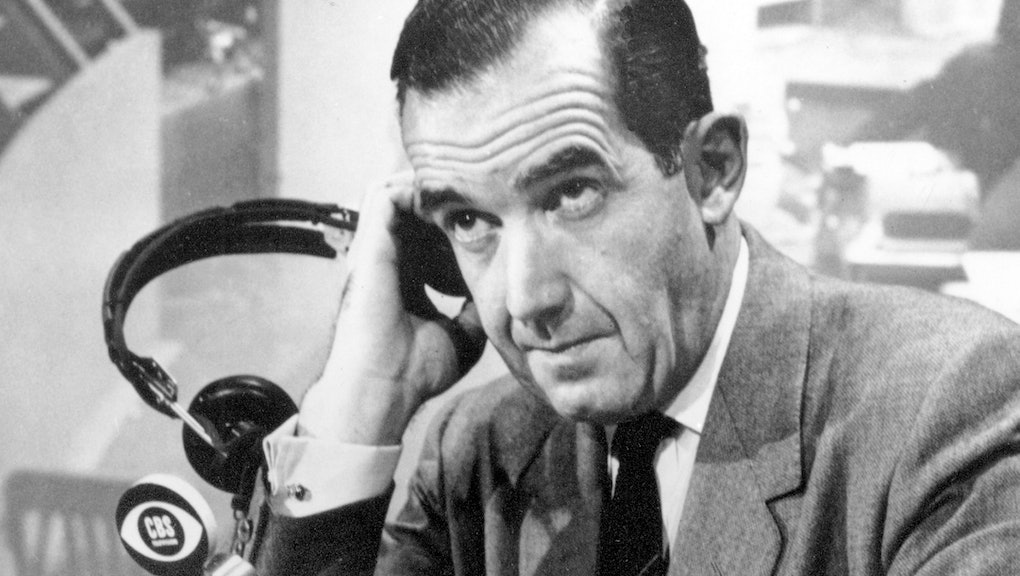 Conspicuously absent from the media discussion of the government shutdown and debt ceiling fiasco has been, unsurprisingly, the media’s responsibility for the whole sordid affair. By sacrificing truth on the altar of “objectivity,” creating narratives and bowing to any “authority” with a suit, the media has become a slave to the elite and done a disservice to the nation’s people.

Part of the media’s problem is its blind adherence to “objectivity.” When I interned at a news organization, my boss would proudly announce, “We know we did the story right, because we got both the left and right wing crazies angry at us.”

That’s right, comrades. Accuracy is not determined by objective facts, but whether the subjective reaction of various demagogues are equally feverish.

That’s why a government shutdown brought on and explicitly desired by one party finally occurred, both parties are “responsible.” When Paul Ryan puts together an absurd and radically right-wing list of Democratic concessions and calls it “bipartisan,” our slavish news parrots declare it to be “bipartisan.” If Ted Yoho claims breaching the debt ceiling wouldn’t be so bad but Jack Lew (and logic and lots of economists) say it would be awful, it’s time to sit down and have a “debate.”

There is no denying that the media creates and then perpetrates absurd narratives that serve to narrow the field to two corporate friendly establishment candidates. Any candidates that don’t fit within this narrative (say, a Dennis Kucinich, Howard Dean, Bernie Sanders or Elizabeth Warren) will be quickly written off as unelectable.

Don’t believe me? Here is how you end a politician’s presidential ambitions without discussing his merits: Howard Dean, off a disappointing showing in the Iowa caucuses, let loose with a primal scream Monday night that seems to have inspired a generation.

None of these articles even mention a single policy proposal from Dean.

We live in a sad Orwellian world in which, “Political language ... is designed to make lies sound truthful and murder respectable, and to give an appearance of solidity to pure wind.”

As Gore Vidal noted shortly before his death:

Our only political party has two right wings, one called Republican, the other Democratic.  But Henry Adams figured all that out back in the 1890s.  'We have a single system,' he wrote, and 'in that system the only question is the price at which the proletariat is to be bought and sold, the bread and circuses.

The government shutdown should be seen as a “bread and circuses” affair, one which the media is cynically drawing in viewers while exploiting the suffering of millions of Americans.

Investigative journalism is a dead art. Studios realized long ago that it’s far cheaper to sit four overweight and undereducated “pundits” around the table and have them don tin-foil hats and spew vile myths then send a journalist overseas to “investigate” about the “truth.” Journalists who do leave the country to go to a war zone tour through Potemkin villages fabricated to obscure any sense of reality. Journalists, who are certainly educated enough to know what is going on, simply prance around like trained seals waiting for whatever scraps of fish their trainers toss them.

After years of voraciously gobbling up any press release flung to them, they have lost all power of critical thinking. They can’t discern facts or truths or evaluate logic or arguments. They see only PhDs, fancy resumes, and billfolds (being British doesn’t hurt, either). This may explain why Niall Ferguson is still taken seriously even though he’s entirely full of poop. As it happens, they could save money by just letting Niall Ferguson debate himself.

Journalists have treated the possibility of default the way Puritanical housewives treat an illegitimate pregnancy — a horror certainly, and one that should be discussed frequently but without any positive action. How long would Cruz & Co. hold out if they knew the press would actually do its job and report on the families that are suffering while Republicans play politics? The press has abrogated every sense of duty or morality it ever possessed.

It may be hard to remember (I certainly don’t) but I’ve been told on good authority that anchors used to actually call out politicians on their bull. The debt ceiling debate could be over tomorrow if a news anchor had the balls to stand up to Ted Cruz the way Edward R. Murrow stood up to Joe McCarthy. I’ve even written up a script, based on the Murrow reporting (okay, I just replaced McCarthy with Cruz, easy as pie):

This is no time for men who oppose Senator Cruz's methods to keep silent, or for those who approve. We can deny our heritage and our history, but we cannot escape responsibility for the result. There is no way for a citizen of a republic to abdicate his responsibilities. As a nation we have come into our full inheritance at a tender age. We proclaim ourselves, as indeed we are, the defenders of freedom, wherever it continues to exist in the world, but we cannot defend freedom abroad by deserting it at home.The actions of the junior Senator from Texas have caused alarm and dismay amongst our allies abroad, and given considerable comfort to our enemies. And whose fault is that? Not really his. He didn't create this situation of fear; he merely exploited it — and rather successfully. Cassius was right. "The fault, dear Brutus, is not in our stars, but in ourselves."Good night, and good luck.