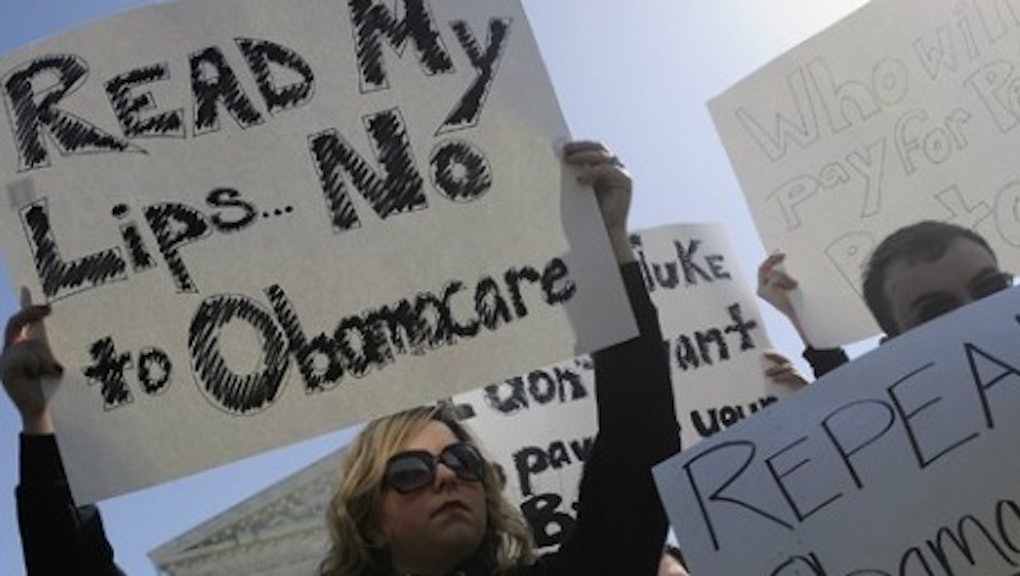 This Lawsuit is the Real Threat to Obamacare, Not the Government Shutdown

Last week, as the nation focused on the GOP’s demands to defund Obamacare, a greater threat to the Affordable Care Act (ACA) arose. Indian Attorney General Greg Zoeller and fifteen Indiana school districts filed a lawsuit challenging the scope of the Affordable Care Act’s employer mandate (the part of the law that requires employers with more than 50 employees to provide health care for their workers). Unlike the GOP’s recent demands, which we knew were never going to come to fruition, this lawsuit poses a legitimate threat to the future of Obamacare.

Zoeller’s name might be familiar to you as his office was one of 26 state attorney general offices to challenge the constitutionality of the ACA in the case of NFIB v. Sebelius back in May of 2010. In this new suit, Zoeller attempts to use the Supreme Court’s emphasis on federalism in its Sebelius decision to further chip away at the ACA.

Indiana’s argument that the employer mandate should only apply to employers in certain states unfolds in two steps. First, Zoeller and the school districts claim that the ACA’s premium-assistance subsidies should only be available to individuals who purchase insurance through state-created exchanges. Second, they argue that the penalty associated with the employer mandate should only be triggered when a large employer has an employee who receives a premium-assisted subsidy. If the courts accept Zoeller's argument, a state's citizens would not be able to receive the subsidies that trigger the Employer Mandate if their state government had not created its own health care exchange.

Indiana uses principles of federalism to support this argument, claiming that a different interpretation of the ACA would trample states’ rights by forcing the employer mandate upon them.

The immediate implications of this case could be huge given that 27 states have elected not to create their own insurance exchanges. However, many argue that the employer mandate is a very small piece of the ACA. Sen. Robert Menendez (D-N.J.) has stated that the employer mandate only affects 1% of the American labor force because a large percentage of big companies already provide insurance to full-time employees.

While the immediate impacts of this suit are debatable, it marks a significant moment for the long-term viability of the ACA. If the courts intervene and limit the reach of the ACA in the name of federalism, a strong precedent will be set that the ACA is a flawed piece of legislation that should be slowly dismantled.

Such an outcome isn’t farfetched – it’s already happened once with Roe v. Wade, the Supreme Court’s landmark opinion establishing the right to abortion. A series of challenges to Roe that — like Indiana’s suit — did not aim to cripple their target in one fell swoop, opened the door to piecemeal attacks on Roe’s core holding. Years later, Roe has been all but overturned.

Over the next few months, we should all pay close attention to Indiana’s challenge to the employer mandate. While high-profile demands by House Speaker John Boehner (R-Ohio) and filibusters by Sen. Ted Cruz (R-Texas) may grab people’s attention, Indiana’s lawsuit might actually accomplish what the GOP wants.