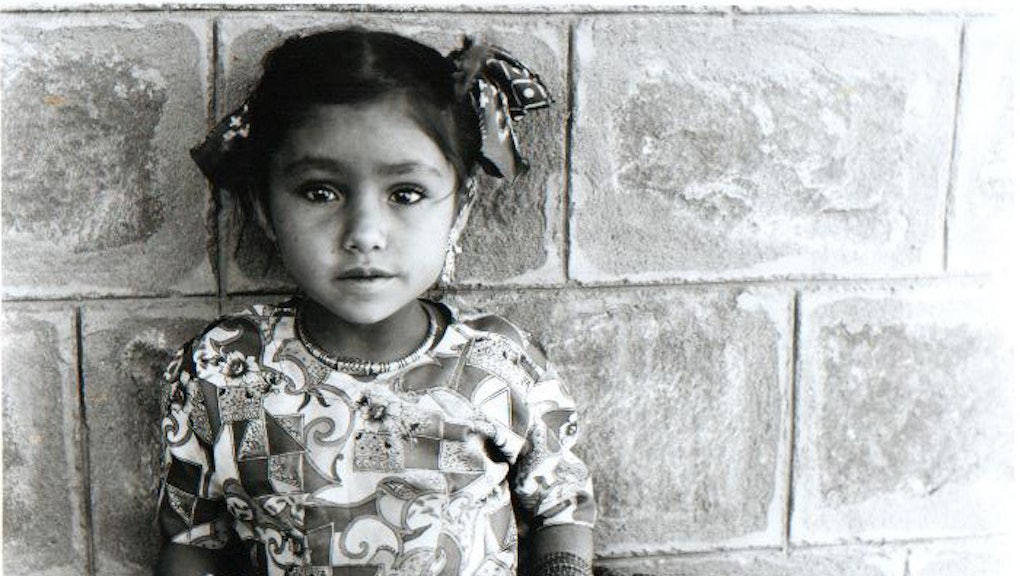 Care About Malala's Dream for Girls' Education? Here's What's Standing in the Way

Over the course of the past year, Malala Yousafzai has become an internationally recognized symbol for courage. Her story, by now, has been near-memorized by anyone with access to the English press in particular. Yet while we assign Malala as a symbol of global girls' education, what she has, in fact, become a symbol of is a conversation we are unwilling to ultimately have; a conversation that digs up our own complicity in the obstacles faced by millions of children the world over in their search for education. Instead, we prop up the balloons, the orchestra and the accolades so that we can be heroes during a time of moral inconvenience.

In 2007, Greg Mortenson and David Oliver Relin published a book that would come to be the emblem for promoting girls' education in the AFPAK region: Three Cups of Tea. It was a harrowing tale of a nurse/mountaineer, Mortenson, who while seeking a memorial for his late sister atop Pakistan's Karokaram mountains in 1993, stumbled onto the effects of dire poverty on young children's education, especially that of young girls. Touched by his experience, Mortenson dedicated his life to promoting peace and community growth in these communities through education. He argues in his books that the only way to successfully fight poverty as well as extremism in these remote communities, often characterized as 'hot beds' for Taliban and Taliban supporters, was to educate young girls. Through educating young women --- a crucial part of socio-economic development --- it could be guaranteed that the knowledge would be passed on as well as the worth of education to the next generation. This, in turn, would promote perhaps the most important principle of any development: sustainability.

The book went onto become a four year New York Times bestseller, assigned in your introduction to International Development Studies class and cited by AIESEC enthusiasts around the world. Mortenson's experiences led to the establishment of the Central Asia Institute in 1996, a non-profit dedicated to "community based education, public health and conservation in mountain regions of Central Asia." Mortenson, as the Executive Director of CAI, would go onto establish 170 schools in the AFPAK rural areas, with almost 700 teachers and almost 60,000 students, of whom 44,000 were young girls.

The effort to bring sustainable education to these areas were not, of course, without their challenges, especially with regards to the counter-efforts by the Taliban and its supporters to thwart the building and expansion Mortenson's schools. His harrowing tale and his passion for the cause earned Mortenson, and CAI, several accolades including a Nobel Peace Prize nomination.

Mortenson became an American hero, fighting a moral war while the country grappled with its conscience over the very costly and very bloody war in Afghanistan. Without having fired a single bullet, Greg Mortenson was fighting a greater war.

Yet, as it goes for many heroes Greg Mortenson, too, was one of tragedy. His tale of serendipity, hope and empowerment came under fierce criticism in 2011 when an explosive 60 Minutes revealed that not only were perhaps several crucial and emotive details from Mortenson's Three Cups of Tea and Stones into Schools memoirs fabricated and that CAI had been serving as his personal travel and book promotion fund but also that Mortenson and the organization had misled donors and supporters on the state and building of their almost 200 schools.

The story of Greg Mortenson --- his trek, his rise and his fall --- is an important one in understanding how media, public figures and international organizations have over the past year covered and co-opted Malala Yousafzai --- the current face of girls' education --- and how we continue to miss the mark in a very important conversation about education and girls. The examples of both Mortenson and Yousafzai also markedly underscore what we are and aren't allowed to discuss in the conversation that we do have.

In a 2011 LA Times op-ed on Greg Mortenson's fall from heroism, H.D.S Greenway argued that Mortenson's heroism was born out of a war-time necessity with precedent, filling "a deep need in the American psyche":

[David] Relin had made it clear that he wrote the story while Mortenson was the one “who lived it.’’ But, according to “60 Minutes,’’ much of what Mortenson claimed is untrue. How Mortenson was transmogrified from a well-meaning, mountaineering do-gooder into what Time Magazine called one of the 100 most influential people in the world has more to do with America than it does with Mortenson. These are times of disillusion. Our far-flung armies seem endlessly bogged down in Afghanistan, and by no means out of Iraq, and the brave promise of a better world through military intervention has proven to have feet of clay.

In short, America needed an inspirational hero, somebody who appeared to represent the best of America, providing us with an image of what we would like to be. And what could be more inspirational than providing education in benighted lands lacking schools?

Mortenson is not Malala and Malala is not Mortenson. The two are incomparable in their experiences and even in their vision despite both promoting education for girls specifically in the AFPAK region. But Malala has been coopted into being an American hero, or at the very least, a symbol of American heroism and what 'America would like to be.' As The Washington Post's Max Fisher eloquently (and direly) argued, following the announcement that the 2013 Nobel Peace Prize had gone to the Organization for the Prohibition of Chemical Weapons, Malala's loss was actually, ultimately, a good thing:

Awarding Malala the highest honor in peace-making, at the pinnacle of the campaign to remake her into a Western celebrity [...] would have reaffirmed that too-common Western habit that, by giving a powerful symbol a greater platform and lots of accolades, we'll have fulfilled our duty. Like a sort of slacktivism writ large, awarding Malala the Nobel would have told us what we wanted to hear: that celebrity and "awareness" can fix even the worst problems. It would have made us less likely to acknowledge the truth, which is that it takes decades of hard work, not to mention a serious examination of our own role in the problem, to effect meaningful change.It can sometimes feel as if the entire West were trying to co-opt Malala, as if to tell ourselves: "Look, we're with the good guys, we're on the right side. The problem is over there." Sometimes the heroes we appoint to solve our problems can say as much about us as about them. Malala's answer is courage. Our answer is celebrity.

Stories about girls' education in Central Asia (and the vast and diverse countries we singularly refer to as Africa) have long been exploited by Western governments, politicians, public figures and media to create feel-good headlines underscoring who the the force of moral good in the world was, is and and always can be. This isn't about any sort of White Savior Complex (or the need for a Brown Savior Complex), but a feeling of entitlement towards dictating how certain countries --- especially those we like to bomb --- are represented and understood in relation to our status, goals and views of our exceptionalism. We're not trying to really 'save' anyone. Instead, we're just trying to hoist up a facade of 'hope' that covers our own involvement --- economic, political and military --- in underming children's education around the world.

Who, after all, talks about the effects of the invasion of Afghanistan on girls' education (in addition to pre-existing Taliban prohibition)? Or the effects of the invasion of Iraq, which has left a minimum of a half million dead, on girls' education? What about US drone strikes in Pakistan and in Yemen? The UN recently stated that the strikes have killed more civilians than the US admits --- surely this must be having an effect on the lives of children there and their education? What about Israeli targeting of Gazan schools? When was the last time we had a conversation about the effects of PTSD --- resulting from our and our allies' actions --- on young children and their education? Or do only soldiers receive the luxury of that diagnosis? What effect does our international economic system, defined primarily through never-ending debt, have on education funding in developing countries? What are the consequences of our arm deals with military allies on access to education?

Talking about drones and war --- the victims of drones and war both alive and dead --- while talking about Malala (as a symbol and not just a young girl) is not a red herring argument (although it, too, is one that is often misappropriated) but central to any and all conversations on global children's education, especially the education of young girls. Pomp and circumstance finely tuned to the beat of war drums testify more to the insecurity of a culture than a commitment to moral righteousness. We pick and choose the heroes we use and misuse so that we can have some amorphous and ambiguous sort of 'hope' for something we can't easily define, while ignoring core issues that undermine the very efforts by young girls we throw onto the center international stage. We ignore our own complicity because we'd rather keep eating up the celebrity, heroism and 'hope' than do anything that may remind us that maybe we're not all that exceptional, that we're --- either in a big or small way --- a part of the problem.

And as we always have we will celebrate her, as a symbol of of our own heroism and the exceptionalism of our moral conscience while willfully ignoring the glaring and accusing gaze of the men in the mirror.