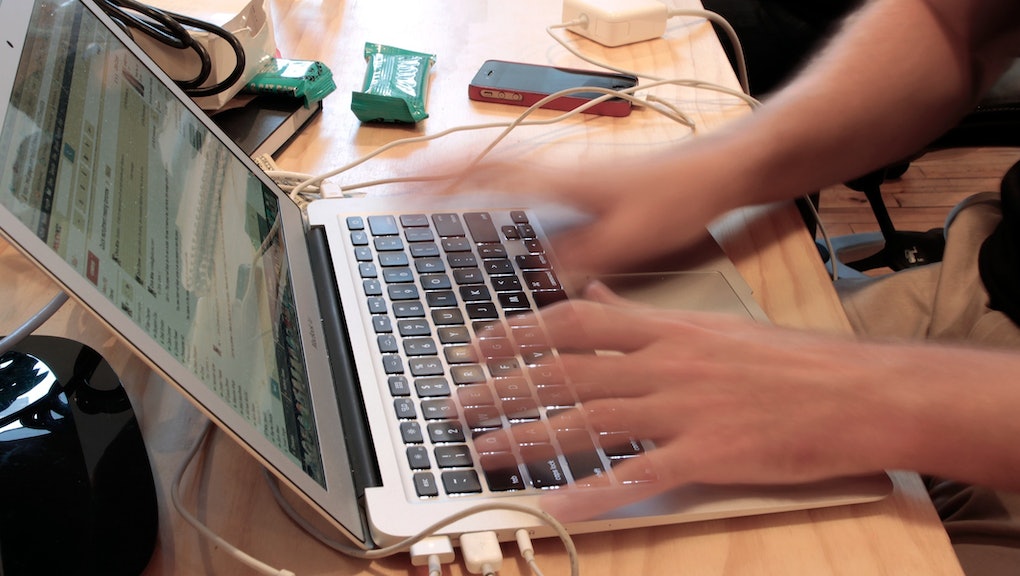 Editor's Note: Every Thursday, I'll be rounding up my favorite Identities pieces from the past week so that PolicyMic Pundits can more easily read and comment on the great content being written about sex, sexuality, gender, and race in politics and culture, in addition to updates from our community and GIFs galore! You can subscribe to get updates delivered straight to your inbox.

Why "Identities"? We explain:

Millennials are an incredibly diverse generation, and we experience the world in different ways based on our respective identities. Any media outlet that speaks for millennials has an obligation to acknowledge this plurality of voices, but as an organization which speaks as millennials, we hope to do more than that.

What we want is to see are more stories that undermine dominant narratives, and more people reading them. We think that we can change the conversation about how people write about our lives and our world. We believe that there's room for complex and competing counter-narratives — and that the people currently dominating the conversation aren't the only ones we need to hear. As editors, we want to be surprised, to think beyond our lives, to be challenged by fresh angles and new perspectives.

A writer raised the point to me via email that some of the new voices Thomas and I aim to find may not be able to speak freely, unable to write the sorts of stories we're looking for without fear of repercussions. She linked to this New Yorker piece on Mark Zuckerberg, which I recommend reading, to expand upon her point. I took it, and have been pondering it since. How can we ask people to expose themselves on the internet when we know that exposure may cause them harm?

The short answer is that we can't — but the question itself troubles me.

As the child of lawyers, personal privacy (particularly for those who may already be vulnerable or marginalized) matters a great deal to me. Still, I doubt that privacy means as much as it arguably once did; it's obvious that the internet and other technological advances pose serious threats. Some, like Jodi Dean, argue that the desire for privacy in the age of social networking is complex, betraying our collective mistrust of collective society. At the New Yorker, Jill Lepore writes, "As a matter of historical analysis, the relationship between secrecy and privacy can be stated in an axiom: the defense of privacy follows, and never precedes, the emergence of new technologies for the exposure of secrets. In other words, the case for privacy always comes too late. The horse is out of the barn. The post office has opened your mail. Your photograph is on Facebook. Google already knows that, notwithstanding your demographic, you hate kale."

Writing constitutes risk; it would be foolish to pretend it does not. (Just look to writers like Salman Rushdie for proof.) People who write on the internet about the issues we aim to tackle to in Identities — race, sexuality, gender, and class — are often singled out for harassment, threats, or stalking. I've encountered (extremely limited) persecution myself, and seen much worse happen to my friends and colleagues; I'm aware of what writing in public can mean.

But even those who are not being overtly punished for their work face the consequences of exposure, of having a narrowly defined self. "I think that there is a structural flaw in the 'essay' as a form: it is produced at the expense of the life that created it," says Andrei Cordescu at the Los Angeles Review of Books. While I will certainly ponder ways to minimize this risk for the writers who I work with at Identities, the protection I can offer is limited. I can only hope that if enough people are brave enough to write, the world will eventually change. As Rushdie put it, "We have [free speech], so we need to defend it. That's one thing. No compromise, no negotiation. This is what we have and we're not giving it up."

If you have thoughts, suggestions, or comments on the section, let me know via email: sam@policymic.com. You can help us find the new, fresh, voices we want to hear from by emailing, sharing, and Tweeting our call: "You Could Be the Writer PolicyMic's New Vertical is Looking For."

(And he got some love from Feministing, too!)

The interwebs raged yesterday over some truly awful "advice" from Emily Yoffe (aka Slate's Dear Prudence). We're incredibly proud of and touched by Sarah Galo's response — and we're not alone.

Sarah wasn't the only PolicyMic writer to respond to Emily Yoffe's ridiculousness. Tracey Vitchers penned an excellent response on behalf of Students Active For Ending Rape (SAFER). Read: "Why Campus Sexual Violence Prevention Must Be a Community Effort."

Jayson Flores's piece "Coming Out When Everyone Already Knows You're Gay" earns a mention in Bitch's daily news roundup.

Carmen Rios = girl on fire. Check out this Guardian piece naming her as a "digital native" who is participating in civic life on the internet.

Must Reads From Last Week:

How the Internet Intervened, Saved the Day at Steubenville 2.0 (Senti Sojwal, @senti_narwhal) — Bloggers, Twitter users, and Anonymous pressured the authorities to act in the latest Stuebenville — and proved that internet activism really works.

Breaking Down What the Affordable Care Act Means For LGBT People (Sydney Boles, @sydneyboles) — Queer? Had bad experiences with health care and the government? It gets better, after all.

Scientific American Controversy Shows the Sexist Side Of Science (Caroline Selle, @zerowastegirl) — The magazine took down a post by a scientist claiming harassment, but that was just the beginning: this is about so much more than a blog post. It's about the foundation of science itself.

Enough With the Mansplainy Internet Life Advice From Women, For Women (Tracey Vitchers, @TraceyEVitchers) — What is this, Cosmo?

Columbus Day is a National Travesty (Juliana Schwartz, @JulianaBrittoS) — Why are we still 'celebrating' genocide?

Face It, Washington Fans: Your Team's Name is Racist (Lily Bolourian, @LilyBolourian) — Washington can do better.

Out as Trans: Your National Coming Out Day Survival Guide (Morgan McCormick, @translabryinth) — Keep calm and come out. Five tips to make your big day, whenever it is, a little easier.

Here's What I Say to My Fellow Black, Gay Men (Edward Williams) — For all that we are, we are also forever attempting to have our story told. On National Coming Out Day, I'm here to say "ME, TOO."