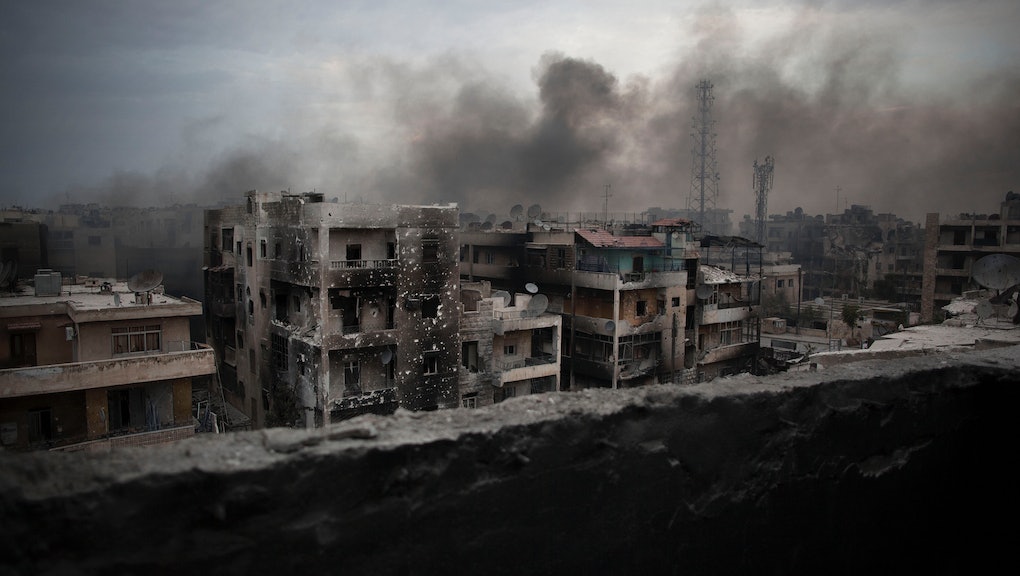 Conflict in Syria: No Matter What We Do, It's Looking Bleak

As the UN mission to rid Syria of the Assad regime’s chemical weapons stockpiles goes off with only minor hiccups — so far — one can’t help but ask the question, “If it works, what happens next?”

The answer: Business as usual, which means more killing, possibly to a higher degree, and an emboldened rebel movement that finds itself on a increasingly equal battlefield with its adversary.

But while the UN mission continues, a bloody civil war rages on around it. Although the timeline of casualties is a tough statistic to nail down, estimates from multiple sources show similar trends in scale, with August of last year being the deadliest month on record, and the numbers remaining relatively steady ever since.

Prospects for coming peace talks don’t look good. While Syria’s Deputy Prime Minister Qadri Jamil has voiced his support for talks between the regime and the rebel leadership in Geneva on November 23, the rebels aren’t interested. It is also doubtful that the seeming olive branch being extended by the government is anything more than political posturing with no real intent to form any agreement.

Whatever happens November 23, Syria’s future is dim. The country has literally been destroyed not just physically, but economically as well, with little hope for the country’s massive young population to find work once the conflict ends. The war has wasted an entire generation of young people that could have contributed to the country’s future, and the loss of human capital in total caused by bloodshed is incalculable.

Compounding Syria’s torment is the rash of international sanctions leveled against the country that make it almost impossible to carry out trade even if violence were to cease. The export of Syria’s most important economic lifelines, such as petroleum products, minerals, and crude oil, has come to a grinding halt.

Syria’s political future is uncertain. No one can imagine Syria with Bashar al-Assad at the helm after the war ends, but if the country breaks into fiefdoms as some have maintained as a possibility, Assad could end up retaining limited power over a set territory. This leaves the rest of the country to determine its own political future, and the new makeup of such an economy may find itself mirroring the dysfunction of Israel and the way it handles the Occupied Territories.

Another worry of many in the international community is the possibility of sectarian massacres after the fighting stops. Shiites have become targets in and outside of the country as the war fuels tension between the two main Muslim sects. Iraqi violence is peaking again, with bombing after bombing targeted at Shiites in the country.

And what if the UN’s lofty goal of seizing all of Syria’s chemical weapons fails? After all, it isn’t difficult to imagine extremists killing weapons inspectors in a suicide attack, thus miring foreign nations in the conflict on a much more dangerous level. Should this happen, the international community will essentially end up back at square one, with the Obama administration having to go back to Congress, Russia, and hopefully Iran to work out further agreements. But if no consensus is realized, it seems likely that President Obama may act on his own and authorize the Pentagon to carry out the strikes he originally planned months ago.

That is the nightmare scenario: a situation where all of the diplomatic progress the international community has built with Iran crumbles, Russia and the U.S. potentially enter a covert proxy war in the country against one another, and Syria is even less secure than it previously was.