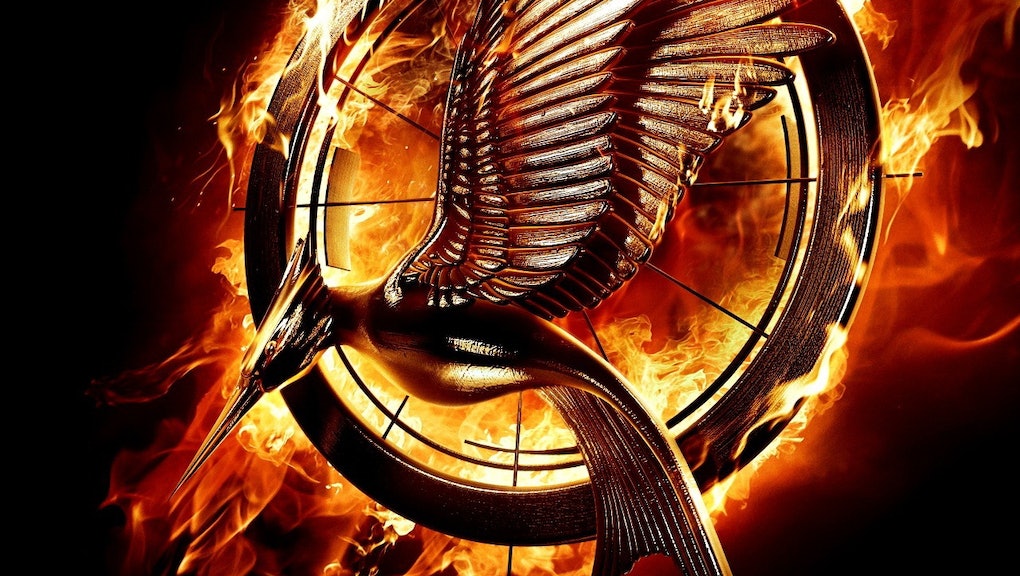 'The Hunger Games': 5 Dystopian Novels To Read While You Wait for 'Catching Fire'

Whether you like the movies or the books, The Hunger Games series has most of us hooked. Suzanne Collins’ novels are set in a distant future that gives the concept "survival of the fittest" a whole new meaning. The books take place in a country comprised of 13 districts that send eerily beautiful people to compete in an annual game of survival. The books painted a bleak future that was portrayed brilliantly on screen last year. The next installment in the series, Catching Fire, is set to hit theaters on November 22 and has fans all over eagerly awaiting. While there is still a little over a month before the release, here are five other chillingly amazing novels and movies that can help quench your dystopian thirst:

P.D. James mastered the art of describing a bleak future. The novel takes place in Great Britain in the year 2021. The main character, Theo, tells us that in 1994 the male sperm count had plummeted and humans were now faced with extinction. The Omegas — the last humans to be born on earth — take it upon themselves to rid the world of burdensome elderly people and have adopted puppies and kittens as their infants. The plot takes an interesting twist when Theo discovers that one of the members of his group (The Five Fishes — a group dedicated to taking down the Omegas) is pregnant.

There was a loose film adaptation of Children of Men released in 2006. The movie cast includes Julianne Moore and Clive Owen, and was even appreciated by the author despite its straying from the original work.

V for Vendetta is actually a graphic novel and would be a great work to pick up if you'd rather read a book with fewer words than most. Like Children of Men, this thriller is also set in Great Britain in the near future. The book describes the U.K. after a nuclear war that has left most of the world destroyed. A Fascist party, Norsefire, has gained control of the country and has exterminated its opponents by sending them to concentration camps. Only one soul is brave enough to challenge Norsefire’s totalitarian regime: a vigilante named 'V'. To protect his identity, V dons a Guy Fawkes mask, and begins an elaborate and violent campaign to take down the government.

V for Vendetta was also adopted to the big screen. Natalie Portman’s performance and hairstyle (she rocks a buzzcut at one point in the film) is a must-see.

Imagine this: at the time you were born, doctors were able to clone you. Your whole life, you and your clone led totally separate lives. You never crossed paths, and it almost seemed like there was never a clone to begin with. Before you know it, you are 50 and you are diagnosed with lung cancer. Your doctors assure you that they will get in touch with your clone and perform surgery in which they will just take a lung out of your clone’s body and place it in yours. Obviously, the point of cloning you was to keep you alive and healthy longer.

Kazuo Ishiguro's novel tells this tale, but from the perspective of the clones. The story focuses on what happens when these clones become entangled in a love triangle. After the book’s release in 2005, it was quickly adopted into a screenplay for a movie that hit theaters in 2010. In the film, Keira Knightley, Carey Mulligan, and Andrew Garfield build an amazing chemistry that perfectly conveys the confusion and struggles one might expect to arise from this situation.

This book is assigned to many high school students. It was probably one of the most painfully boring and annoying books that you read. What’s interesting, though, is that you realize sometime in college that Aldous Huxley was onto something. The book was published in 1932 and describes how reproductive technology, sleep-learning, psychological manipulation, and operant conditioning are likely to develop and change society in the future. This novel is a true classic of American dystopian literature.

The movie adaptation of Cloud Atlas was a flop (not even Tom Hanks and Halle Berry could save that mess), but you know what they say — the book is always better. Cloud Atlas tells six tales and takes the reader from the 19th century all the way to a distant, post-apocalyptic future. The author pulls a bit of an "inception" and has set up the novel in very unique way: each story (as it's being told to/read by you) is actually also being read by the protagonist in the novel's next story. If that’s not confusing enough, each story pauses at a key moment and is then returned to and concluded after the final story is read. This novel is classically dystopic and has been praised for the way it beautifully interweaves its stories.