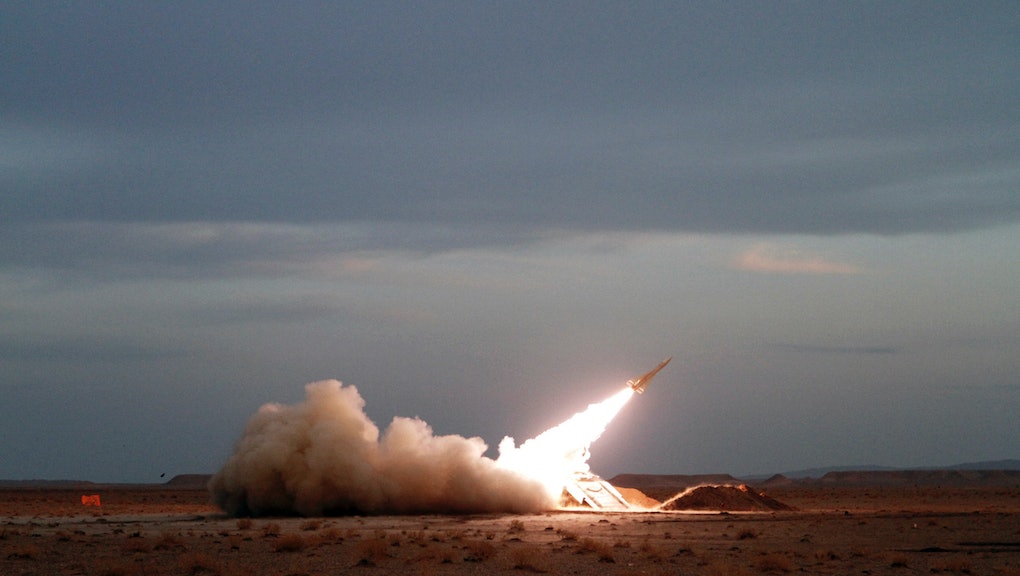 How Improved U.S.-Iran Relations Could Rock the Middle East

Last Thursday, the New York Times reported the Obama administration is considering easing sanctions against Iran, and this is just the latest sign of improving relations between the U.S. and Iran. In September, the world was surprised by the willingness of Iranian President Hasan Rouhani to begin a dialogue with the U.S. However, not every country is praising these developments. Many Middle Eastern countries stand to lose economic advantages and security interests if sanctions against Iran are lifted or eased, embroiling the Obama administration in a complex game of international politics.

The U.S. could gain the most if the international sanctions against Iran are lifted. Some experts in the U.S. believe an open Iranian market would benefit the U.S. economy. Since Iran holds the world’s fourth largest oil reserves, it is estimated that lifting sanctions against the country could cut the world price of crude petroleum by 10%. This price cut would save the U.S. almost $80 billion annually. In addition, opening Iran’s market to foreign investment could produce large gains for U.S. firms that operate abroad. The counter argument runs like this: Lifting sanctions might allow Iran to develop a nuclear weapons, which could cause oil prices to double.

Russia, on the other hand, could take a huge economic hit if the sanctions are dropped. Russia, another country with large oil reserves, was able to strike up business deals with countries like Turkey who could no longer export enough of the natural resource from Iran. Russia also benefited from the strained relations between Iran and the U.S. by winning the contract to build an Iranian nuclear plant, a contract that the American company Siemens originally held.

While sanctions against Iran affect the U.S. and Russia, it is Iran’s Middle Eastern neighbors that will experience the most change if the U.S.-Iran relationship continues to develop.

Saudi Arabia, Qatar, the United Arab Emirates (UAE), and Turkey could all suffer economic loses from an improvement in the U.S.-Iran relationship. Each of these countries has gained unique economic advantages over Iran, thanks to international sanctions. Saudi Arabia is Iran’s most direct competitor for oil; Qatar has access to almost 20 times more gas than Iran due to their exclusive access to joint gas fields in the Persian Gulf; the UAE benefits from its position as a “middleman” for trade between foreign countries and Iran; Turkey has has acted as a mode for ground transportation of goods to and from Iran. All these economic advantages will disappear if the U.S. pushes for the removal of sanctions against Iran.

And improved relations between the U.S. and Iran wouldn't just have an economic impact on the Middle East. Israel could find its traditionally strong relationship with the U.S. on shaky ground if Obama continues to build ties with Iran. Israel has long viewed Iran as a security threat. In response to President Rouhani’s outreach during the UN General Assembly last month, Israeli Prime Minister Benjamin Netanyahu pleaded with the world not to believe Rouhani’s words. He compared the Iranian president to his predecessor Ahmadinejad, saying, “Ahmadinejad was the wolf in wolf’s clothing. Rouhani is a wolf in sheep’s clothing.” The Prime Minister has also made it clear that Israel will do whatever it takes to prevent Iran from obtaining nuclear weapons, even if it has to act alone. If U.S.-Iran relations continue to improve, Israel could find itself torn between supporting an ally and continuing to defend itself from an enemy.

The potential to mend the broken relationship between the U.S. and Iran could bring about successes (like a breakthrough on Iran's nuclear program), but also presents a myriad of problems; various economic factors and the stability of the Middle East lie in the balance. As we witness history unfold, we will be able to see how one relationship can transform an entire region's economy and relationships.