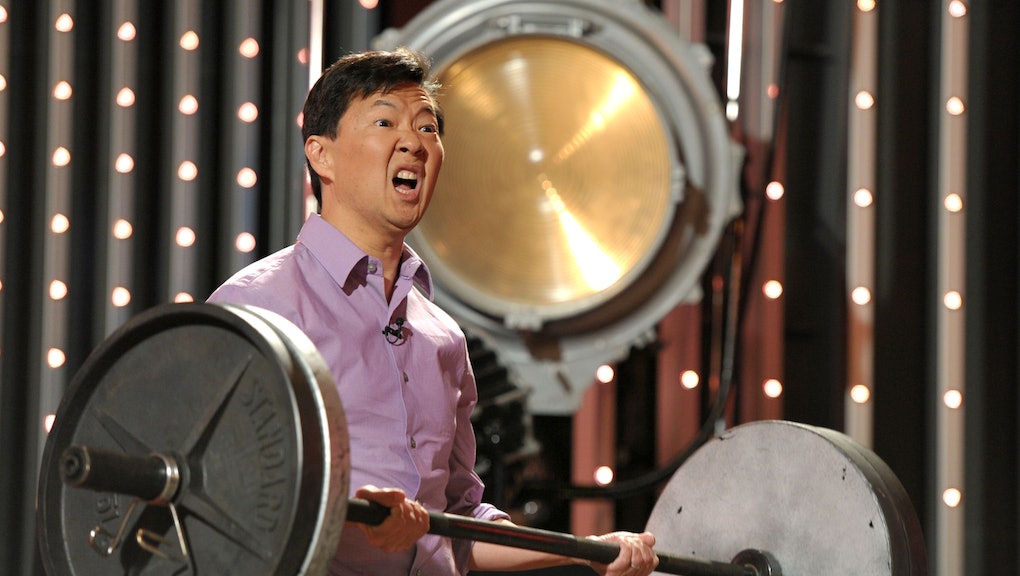 This summer, I found out that an Ender’s Game movie was coming out on November 1st and almost did a back-flip in my excitement. I love sci-fi, Ender’s Game is my favorite sci-fi book, AND the film features Harrison Ford. Then I found out that the book’s author, Orson Scott Card, is a raging homophobe, who has spoken out publicly against gay marriage and joined the board of directors National Organization for Marriage in 2009.

This created a serious problem for me, and highlights a modern dilemma: I don’t want Card to have any more of my money, but there’s a 100% chance I’m seeing that movie in theaters.

I feel a lot of millennial men go through conflicts like this on a regular basis. We want to be socially conscious and responsible, but sometimes being irresponsible feels so good. I like Big Macs and big TVs and models in swimsuits. Those things are at odds with my social, environmental, and ethical beliefs, but I enjoy them and feel it is unrealistic to pretend that I can cut them out of my life entirely.

Basically, I’m a millennial guy that wants to be responsible and socially conscious, while still enjoying myself, and without being a jerk.

I’m also not convinced that this is what a “real man” should look like:

And I don't think that I must earn more money than my spouse. Or that compromise and peace are feminine. Or that I can’t share my emotions.

To me, the most important parts of a healthy relationship are mutual respect and trust. How can I honestly say that I respect myself and my spouse if her accomplishments intimidate me? (By the way, I’m totally open to being a trophy husband; successful single ladies take note).

Fear often prevents us from sharing our emotions, but yet we equate stoicism with manliness.

It took me years to realize that it’s far more difficult to flush out your emotions than to bottle them up, and that a courageous man should be able to express himself.

My experience in the Peace Corps also taught me how difficult it is to lead through compromise. It is easy to look at a situation, apply your own values, and ignore dissenting opinions. I began my service by pursuing my own rigid agenda and all of my projects failed. When I listened to the people I worked for and agreed to work on their terms, they were more amenable to my ideas and our projects progressed.

I’m not alone in this struggle. Several major media outlets, like GQ and the Huffington Post, have covered new definitions of masculinity in the past few years. Clearly examining and evolving old notions of masculinity is an issue that concerns many other men, including millennials, and I will be exploring the topic twice a week here on PolicyMic.

In this space, we will discuss why Peter Venkman is more of a role model than James Bond, the obsession with being buff as a metric of masculinity, the infatuation with finance, and whether or not it’s OK to check out a scantily dressed woman.

This won’t be a self-help column. I won’t be the Miss Manners of masculinity.

Think of this instead as a conversation-starter that helps modern millennial men shape their own definitions of masculinity, and challenges men to see our actions through a lens of social responsibility.

First up: do you have your own version of the Ender’s Game dilemma? Share it in the comments section. I want to know if you managed to "solve" it. Let's talk about how we can hash out these struggles as a community.

I’m lucky to have an easy way out of my situation. On November 1st, I’m buying a ticket to a different fim and then walking into Ender’s Game, like a 15-year-old sneaking into an R-rated movie.

Hey, we’ve got to start somewhere.