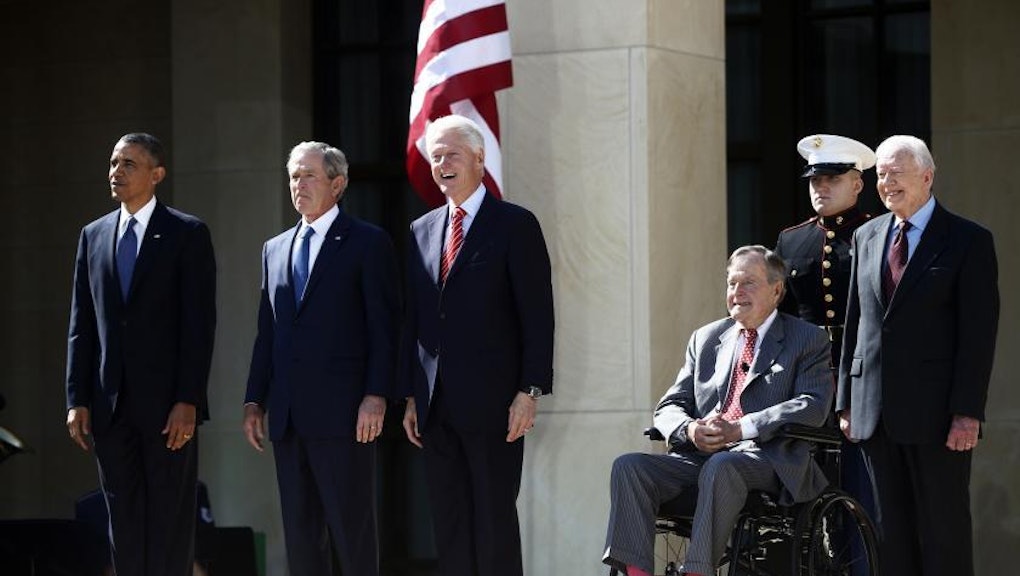 The Real Reason the U.S. is Losing Its Dominance — and No, It's Not the Shutdown

The 20th century was a period in world history that witnessed the triumph of the nation-state system, two major wars that re-defined our humanity, and the realization of the so-called American century. The United States during this time built the largest economy on the Earth, aligned diplomatically with the world’s most powerful nations, bolstered its military power, and won the race to the moon, the ultimate symbol of innovation. The president of the United States became universally recognized as the leader of the democratic free world. These achievements are all impressive, but how much currency do they have today? The 21st century may not be led by America.

“The era of big government is over,” announced President Bill Clinton in his 1996 State of the Union Address. This statement effectively neutralized Republican Speaker Newt Gingrich and won Clinton re-election that year. His move to the center signaled the beginning of deregulation and the enactment of welfare reform. It was arguably Clinton's policies, not George W. Bush's, that began laying the groundwork for the 2008 financial crisis and collapse of the housing market. The Financial Services Modernization Act of 1999 allowed insurance, commercial banking, and investment banking to merge into super-conglomerates, giving them the ability to take higher risks.

President George W. Bush then had to govern under circumstances that nobody expected when he was elected in 2000. The events of September 11 marked a departure from conventional governing, and the United States' arrival into a decade of heightened national-security policy with laws such as the Patriot Act and two major wars in Afghanistan and Iraq. Bush’s decision to become a wartime president came with consequences such as the overextension of the U.S. military, which led to massive spending increases. The concept of a budget surplus was now a distant memory, with tax cuts and ramped up spending. Bush ended his second term in 2008 in the midst of a financial collapse in which the government essentially bailed out the financial sector by purchasing assets and directly injecting capital into banks. On top of all of this, the auto industry declared bankruptcy. This was all going to be waiting for President-Elect Barack Obama in 2009.

President Obama soared into office with his rhetoric of change and post-partisanship. His presidency thus far has seen the passage of his flagship policy, the controversial Affordable Care Act or "Obamacare," but has also been riddled with political brinkmanship and partisan gridlock. Upon assuming office, the Obama administration began by bailing out the auto industry and spending a great deal of money on an economic stimulus package, but Obama’s second term has so far has been lackluster. U.S credit ratings have lowered, Congress continues to cut deals at the 11th hour before potential government defaults, and the government has experienced a two-week shutdown due to the very ideological and radical faction of the Republican Party in the House of Representatives. Public approval of Washington has hit rock bottom.

Meanwhile, the security-state issue has returned with the recent revelations of the NSA's sophisticated surveillance program as well as the controversial use of drones in counter-terrorism efforts. Bit by bit the president’s credibility on the international stage is weakening while the presence of China is strengthening both economically and diplomatically amongst Asian nations and the rest of the world. The number one priority of many nations today is the economy. The greatest irony of America is that the government may now be the biggest threat to its economic growth.

Does America's newly compromised position stem just from decisions made by American leadership? Not necessarily. What we forget is that government shutdowns and debt ceiling fights are not a new thing. America has had its victories and accomplishments in the 21st century, but it is the rapid progression of technology that has enabled American citizens and the rest of the world to see America through a clearer lens. The disagreements we're having aren't new, but the way in which we are rapidly informed is almost revolutionary. It is this innovation in areas like energy, medicine, and technology that will allow other nations to become America’s equals in the near future

America will always be a shining city on a hill, but perhaps the time to pass the torch is coming sooner than we think.