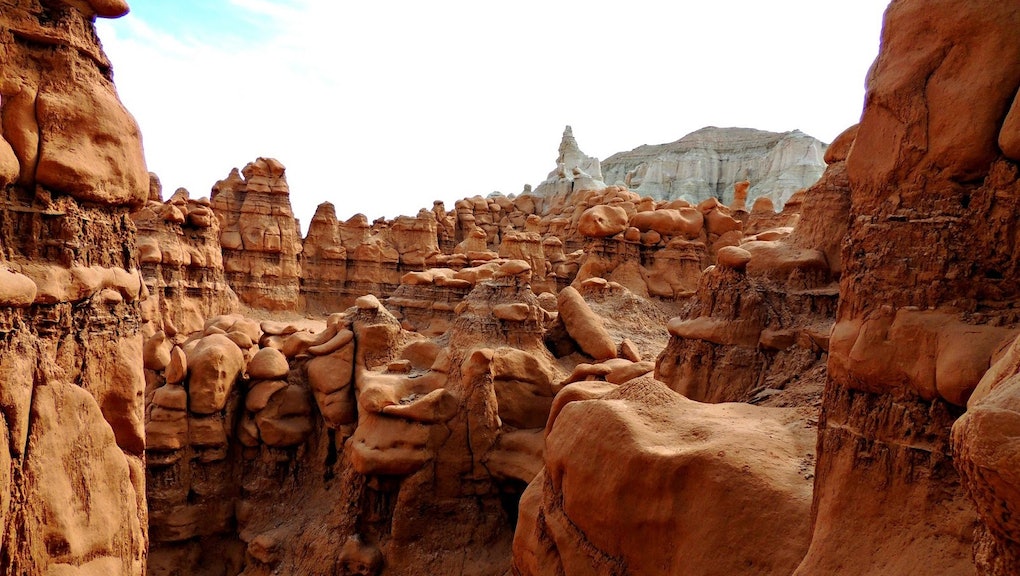 Three Boy Scout troop leaders in Utah could face felony charges after toppling a boulder in Goblin Valley. Dave Hall, Glen Taylor, and Dylan Taylor admitted to being the culprits in a home video that shows three men knocking a sizeable boulder off its base.

This incident occurred one day after the park reopened after being closed during the government shutdown.

According to Glenn Taylor, the three were walking through the park when they noticed a family walking near the large boulder. The rock was unsteady on its base, and according to the men, needed to be knocked off so it wouldn't crush anyone.

"I put my hand on a rock and it moved," said Glenn. "While we were sitting right there we thought, 'Man if this rock falls it'll kill them.'"

The men, who thought they were doing a civic service, immediately wished they had called a park ranger to take care of the rock after breaking it. In the video the men laugh and cheer at their feat, triumphantly announcing: "We have now modified Goblin Valley! A new Goblin Valley exists."

Good job, fellas. You just defaced a national park ... and uploaded the video to the internet.

Deputy Emery County Attorney Brent Langston said anyone involved in the criminal toppling could face charges anywhere from a class B misdemeanor to a second degree felony depending on the value of the rock formation, according to the Salt Lake Tribune.

To sum up the incident, Taylor said, "Glad we did it. Wish we wouldn't have done it."