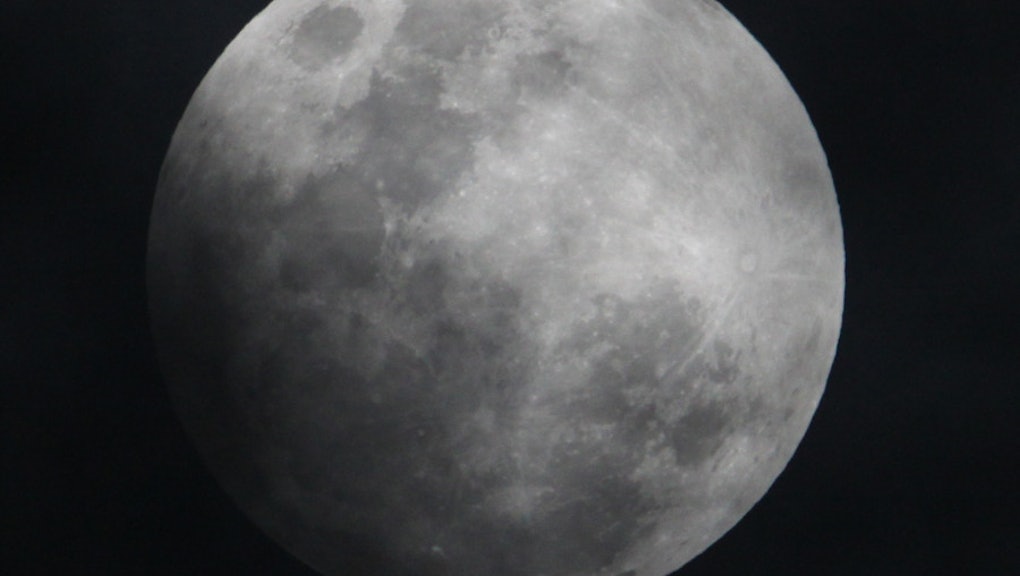 Lunar Eclipse: Everything You Need to Know For Tonight

If you look at the night sky tonight at around 7:50 p.m. EST, you may notice something different.

But only if you look closely.

A penumbral lunar eclipse – called this because only the incomplete outer portion of the earth's shadow falls across the moon – is expected to reach its deepest point on the Hunter's Moon. This will be the last lunar eclipse of 2013.

Also, the Hunter's Moon isn't just any full moon. Like other moons this time of year, its path, which is an ecliptic, is shallow. That means for several nights in a row, the moon sits farther north on the horizon, according to EarthSky. "It's this northward movement of the moon along the eastern horizon at moonrise," EarthSky writes, "that gives the Hunter's Moon its magic."

Penumbral lunar eclipses are not as striking as total, or even partial, lunar eclipses. So don't expect to see what looks like a large, dark bite taken from the moon. At best, they may be a subtle shadow over a portion of it.

Tonight's eclipse will hit its peak about two hours into the process, at around 9:50 p.m. EST. At that time, it's possible to see more than three-quarters of the moon shaded by the Earth's penumbral shadow.

The eclipse is expected to last until around 11:50 p.m. EST. If you miss it, the predicted date for the next lunar eclipse is April 2014.